Yep, another Nendoroid acquisition :)  I had forgotten I used Hobby Search to order my Kannagi Nagi-sama Nendoroid which means it was shipped with EMS and arrived sooner than I expected.  Not that that is a bad thing, of course! 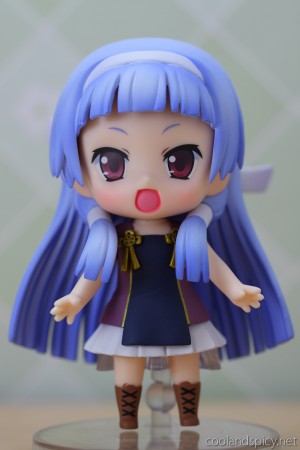 This is one of the cutest Nendoroids I’ve owned yet.  Nagi’s hair takes up a huge portion of her head but seriously contributes to her super kawaii appearance.  Some people buy Nendoroids for their (limited) pose-ability but I get them for their ridiculously cute proportions.   I actually tend to find the pose + accessory combination that appeals to me most and then leave my Nendoroid as such for display on my shelves or desk if I really like them ^^ 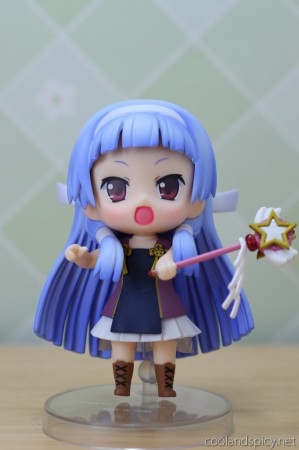 Nagi with her makeshift mahou shoujo wand, cleansing the world of impurities 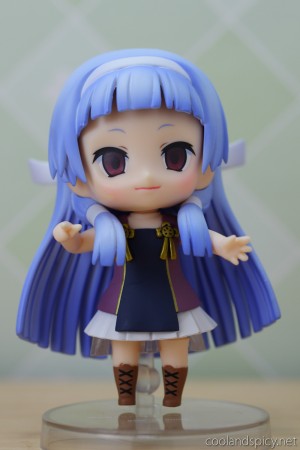 Alternate face. I don't like the look of her eyes much for this one >_< 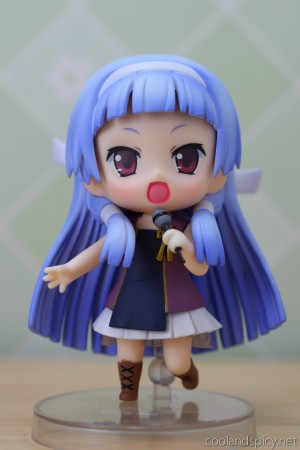 I really like this Nendoroid.  It’s quite well constructed and really captures the appeal of Nagi’s character.  There are no distracting paint problems and all the pieces fit quite well.  It seems as the Nendoroid version number increases (Nagi is #64), the better the build quality becomes.  Both Nagi and my last Nendoroid, Kagamiku, are excellent quality.  I hope to see GSC continue this upward trend in quality. 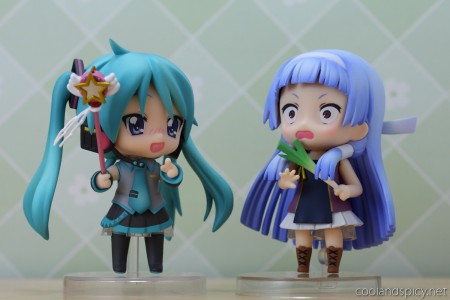 Kagamiku joins the party! Nagi is a taken aback >_<

If you were a fan of the Kannagi anime or manga, you should pick this Nendoroid up.  You won’t regret it once you see how cute she is ^^  There is also a Zange-chan Nendoroid that will be released next month (July).  I did not pre-order her but I may still pick her up… ;)  Although Zange-chan is nice, Nagi is still my favorite and this Nendoroid is definitely going on my desk for display.  HLJ, Hobby Search, and other online stores still have her in stock so order yours today :)