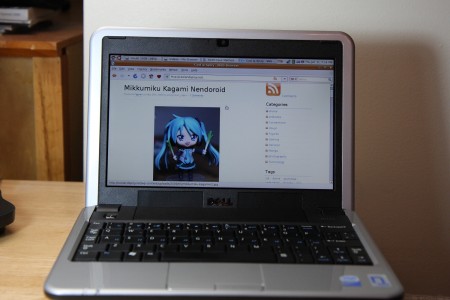 I’ve been wanting a portable PC for some time and with my upcoming trip to Europe next month, I figured now was a good time to pick one up.  I had used my brother’s eee PC a couple months ago and thought it was pretty nifty so I’ve been looking at the various netbook models out there.  Eventually decided on the Dell Mini 9. 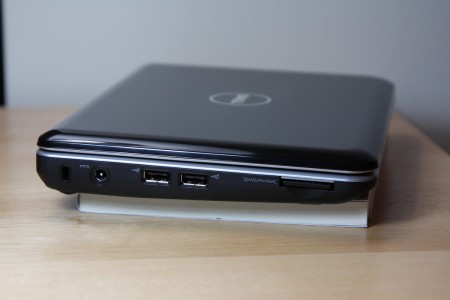 On left side, 2 USB, SD slot, and power jack

There were a few criteria I used for selecting the right netbook:
-I wanted a smaller netbook around 9 inches, not one of those “small laptops” that are 10-12 inches.
-SSD, no noisy hard drive.
-Good build quality.
-Good compatibility for hackintosh’ing (if I ever choose to do so).
-Low price.

The Mini 9 fit all of these so it was a natural choice for me. 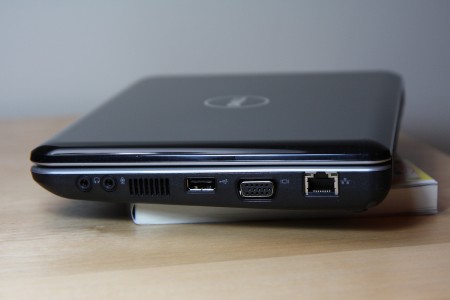 I chose to go with the Ubuntu version since it was not only cheaper but also because I’m a big linux fan ^^  I don’t normally use Linux based OS’es for desktop use but I’m going to give it a try.  So far it’s not so bad ^^  Comes with all the most essential software out of the box: Firefox, OpenOffice, PDF reader, media player, and some games and learning tools.  I was initially concerned how well this Atom powered netbook would handle video decoding as I want to use it as a portable video player. 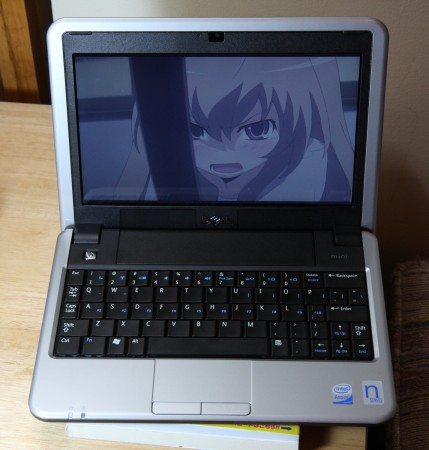 I’m happy to say that the Mini 9 can decode 720p anime without problem.  Of course, it has to scale the videos down to its native 1024×600 but it still looks great.  Quite pleased about that.  Now I just need to get used to the small keyboard >_< 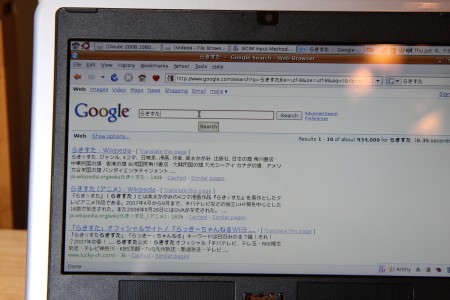 The funny thing is that Dell announced the Mini 9 would be discontinued last week, a few days after I ordered mine.  I wonder if that means the price will drop… Ah, well :-/ 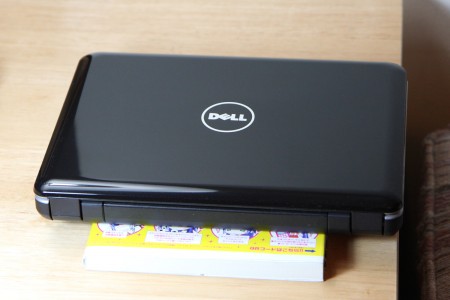 Haven’t posted in a while >_<  Been occupied.  Have a family member that is fighting some health problems :(  Though some other good news is that I’m an uncle (again).  Brother and his wife had their first baby this week :)

Anyway, I think I’ll be returning to more regular blog posting.  I’ve actually got a backlog of figures and artbooks to review ^^;