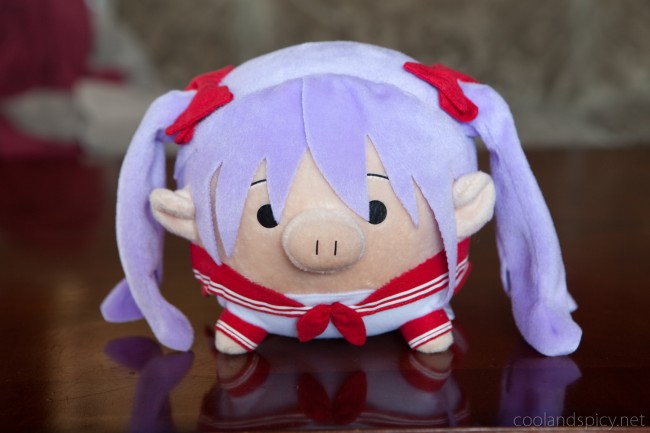 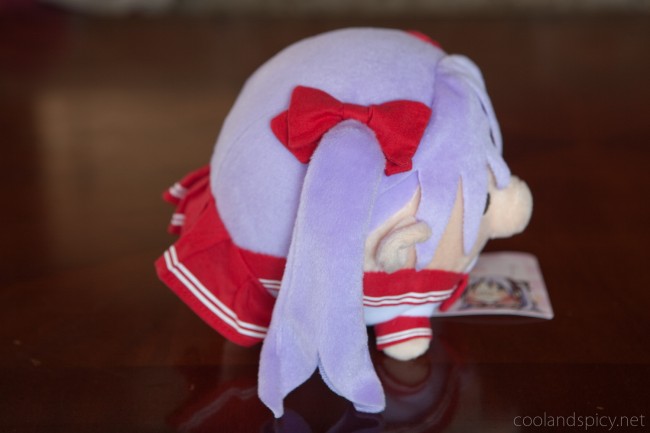 Kagabu is a play on words based on her name, Kagami, and the Japanese word for pig, buta (ぶた).  That’s how you get Kagabu :D 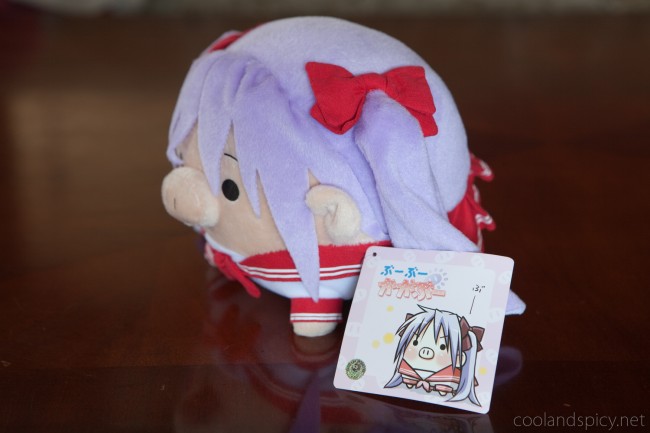 A little short and stout but is a very humorous and fun collectible item, especially for a Kagami fan such as myself :) 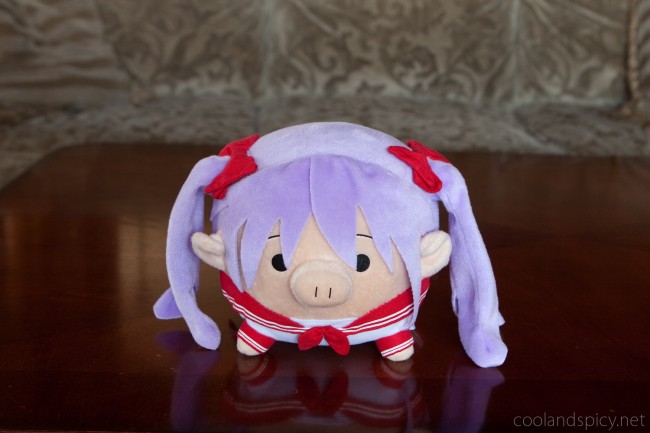 Isn’t she cute? xD.  The plushie was released earlier this year and I almost got her back then but hesitated.  It’s a shame too because she’s sold out everywhere now and I had get her through YJA.  Luckily, I got a good deal on a new plushie for a few hundred yen less than the original retail price.  Just had to add on the deputy service commission, wire transfer, and shipping… >_< 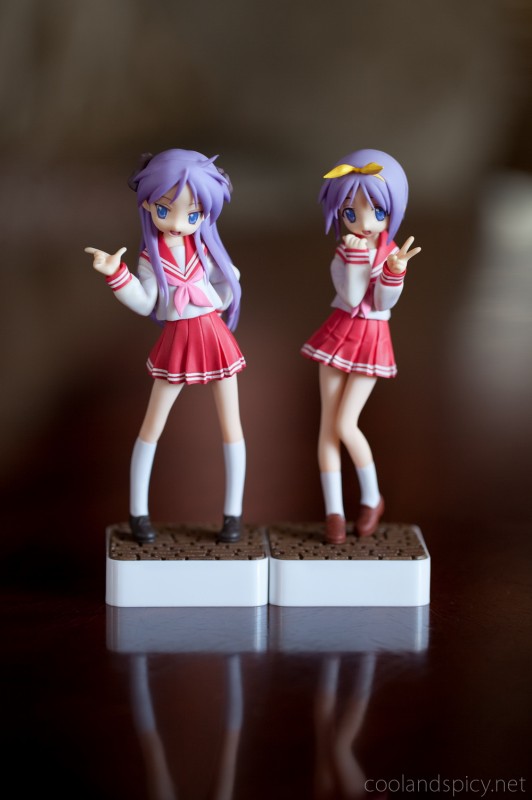 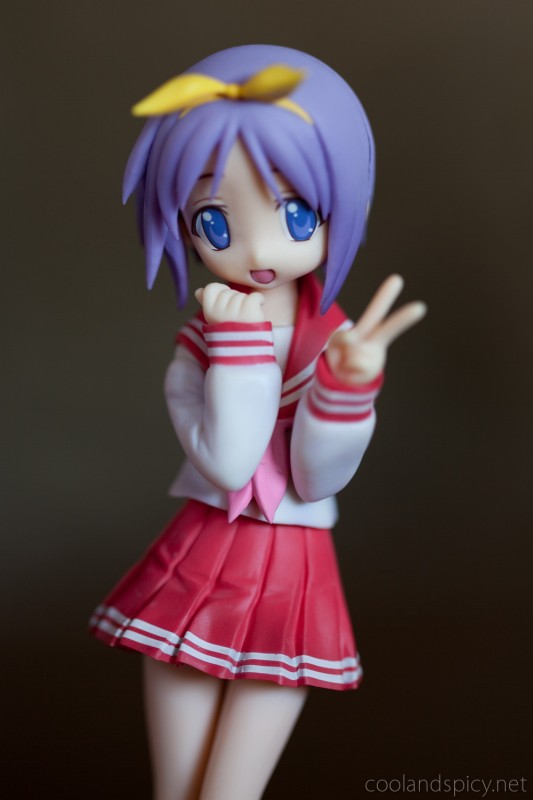 Being 1/12 scale, they are quite small figures but they are surprisingly pretty decent quality.  The uniforms have creases to add detail and the figures’ hair looks good.  They even have frilly underskirts beneath their school uniforms skirts (yes, I looked >_<). 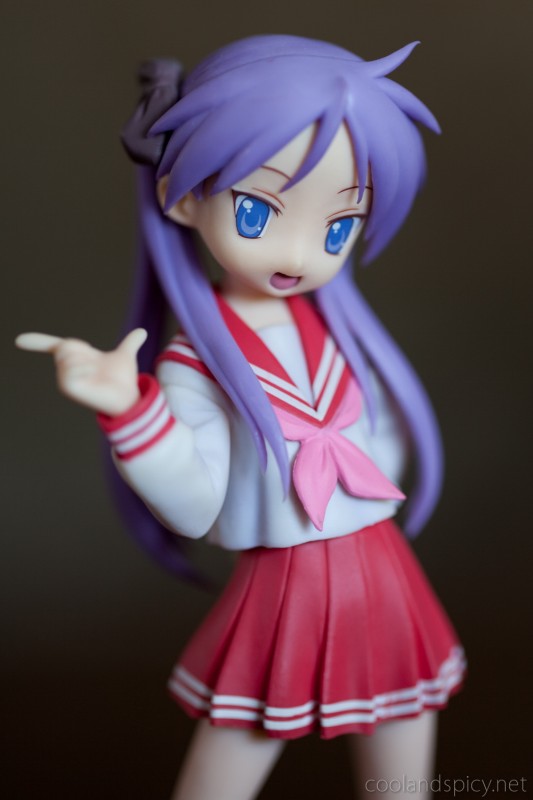 Kagami looks alright.  Her face seems a bit flat and something about the eyes is a bit off but still I like her.  I find it hard to dislike many variations of Kagami though :) 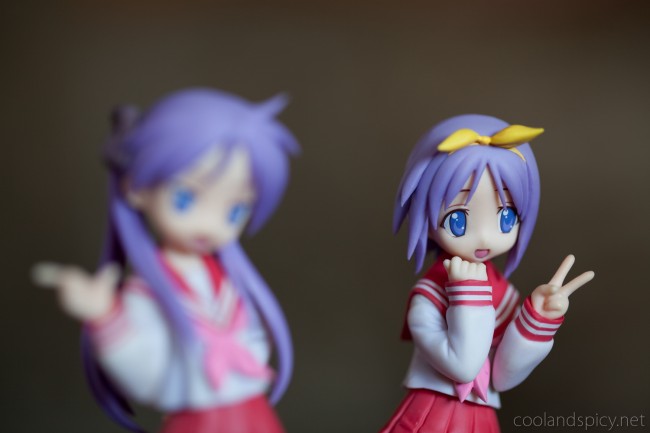 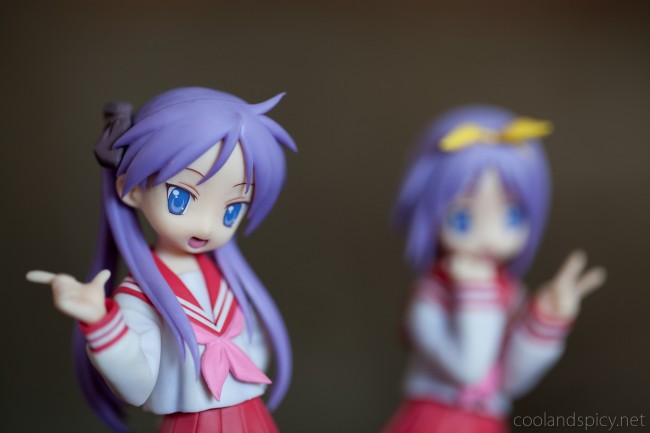 Kagami has a cute finger-pointing gesture. 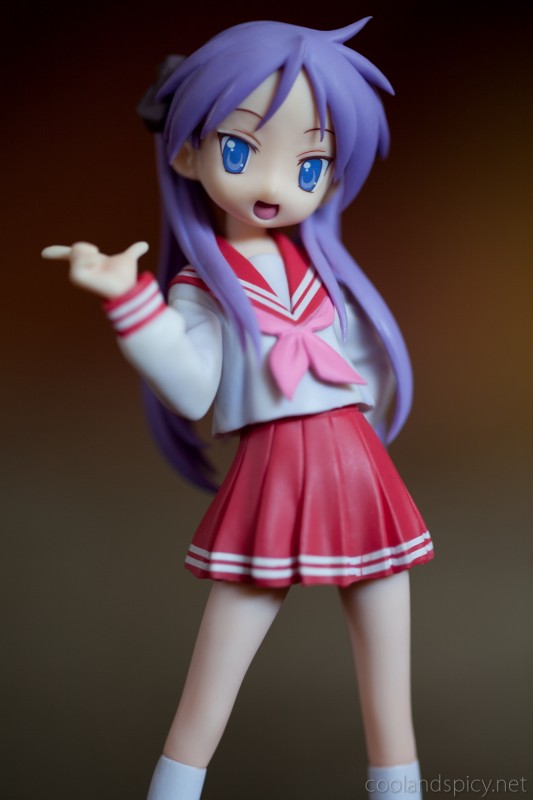 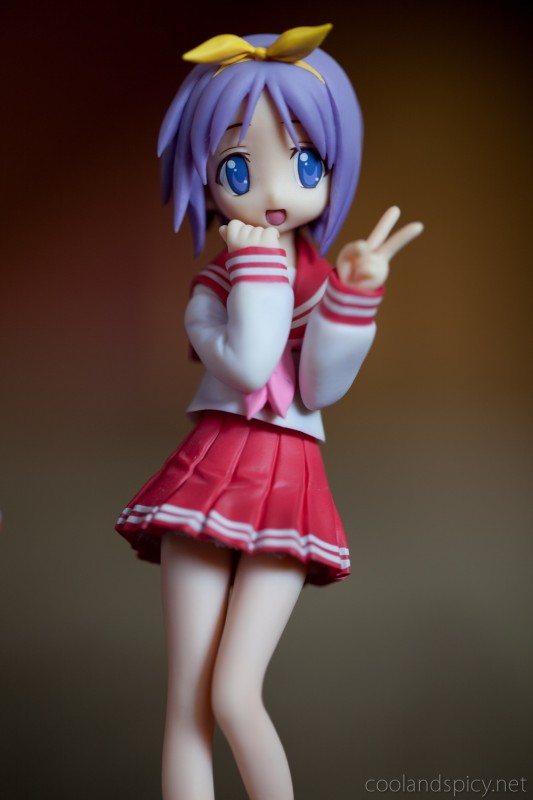 Tsukasa, I love you too!  She came with two removable yellow hair ribbons but I seemed to have misplaced the other one >_<.  Oh well, the other one was flatter and I didn’t like it much anyway.  Only real problem I have with this set is the price.  6,800 yen for both seemed a bit pricey considering they are only 1/12 scale!

And now, a sneak peak at some even newer items! 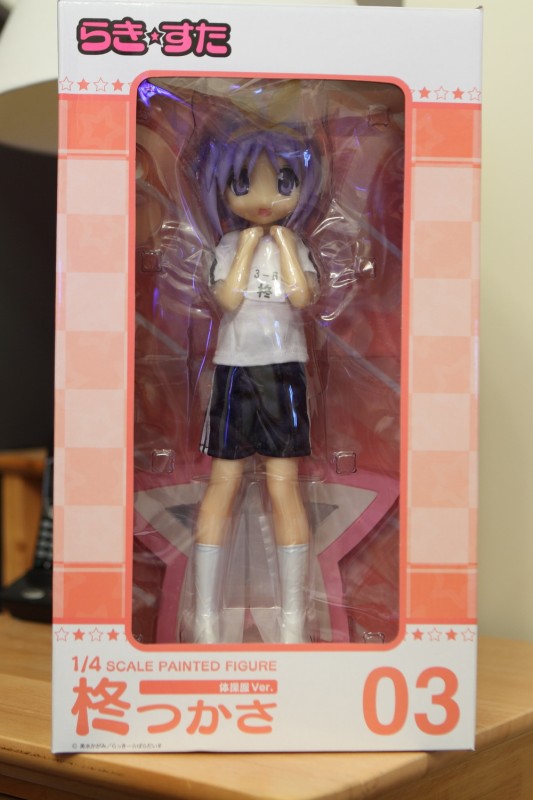 It was bound to happen.  After convincing myself to purchase Konata and Kagami, I had to follow through and finish up the set.  FREEing’s 1/4 scale Tsukasa has arrived!  Unfortunately, probably won’t be able to have a review up for Tsukasa until next week :-/ 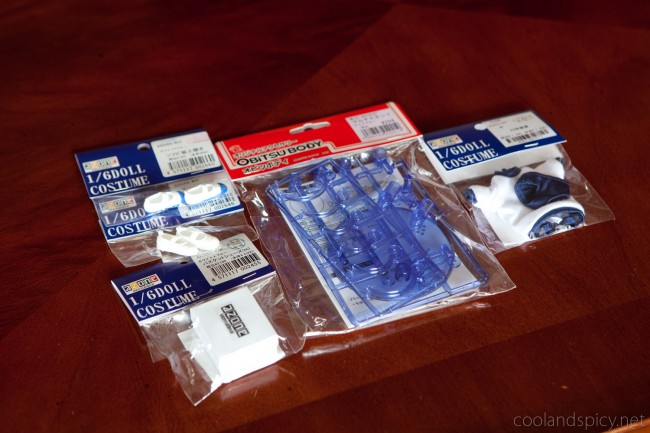 And what’s this?  Let’s just say I have a very special treat awaiting fellow Lucky Star fans.  Any guesses? :)

29 thoughts on “Some new goodies”