I’ve got a few new figures to cover but decided to pick my favorite character to start off with:  Hiiragi Kagami from the series Lucky Star.  This latest rendering of Kagami is by Atelier Sai, a company with which I did not have any prior experience. 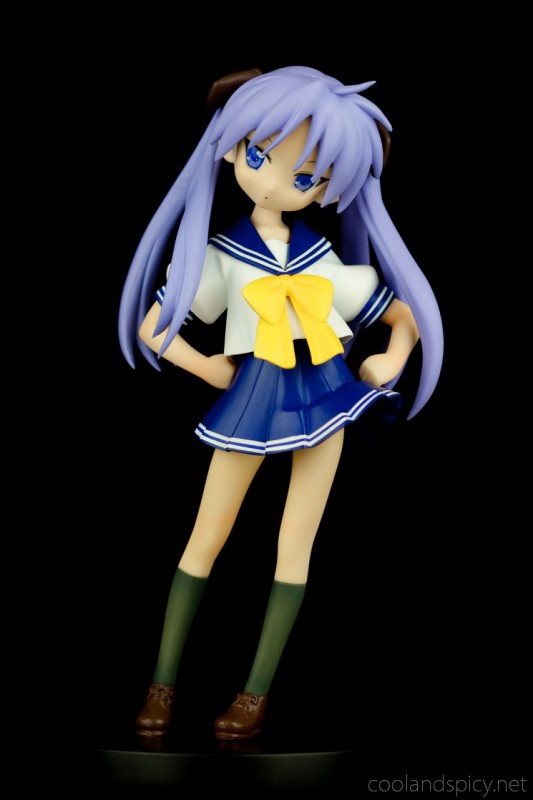 So how does Atelier Sai’s non-scale Kagami scale up to the competition?  Read on to find out ^^. 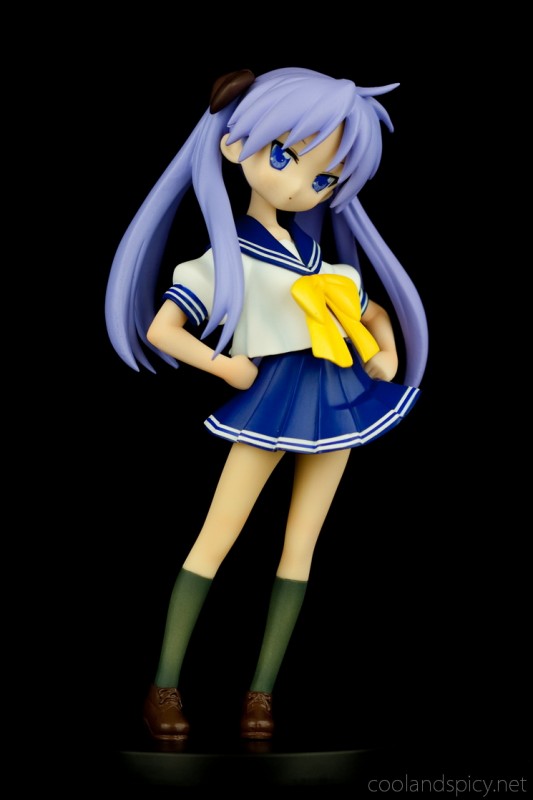 This Kagami is the first Lucky Star figure released by Atelier Sai.  If I had to describe her pose, I would say Kagami is displaying her tsundere attitude.  Leaning to the side, her hands on her hips, and giving you a long, hard, almost disapproving look.  While you could say she is just standing there, I do like her pose.  It fits her personality quite well.  From some angles it does look like she is leaning too far to the side but overall the pose is attractive. 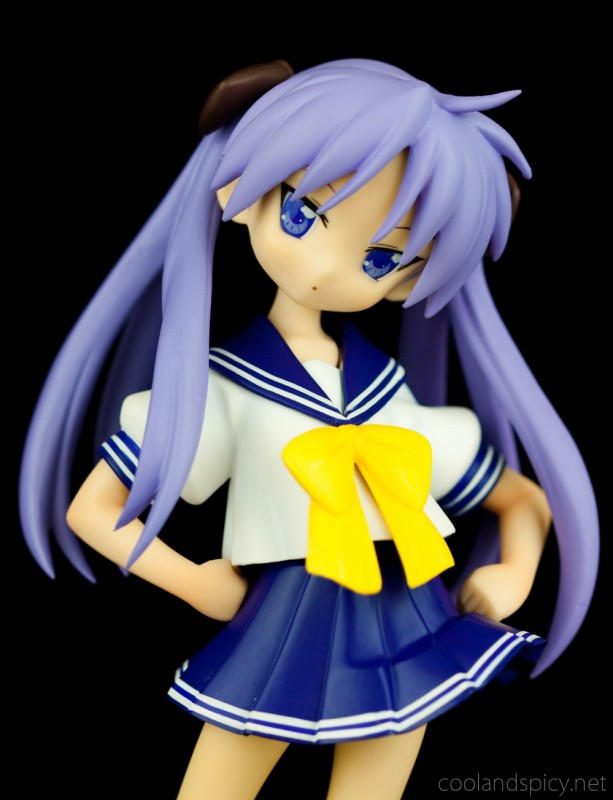 Kagami is dressed in her blue and white summer school uniform.  Of course, twin tails + her brown hair ribbons are here as well ^^ 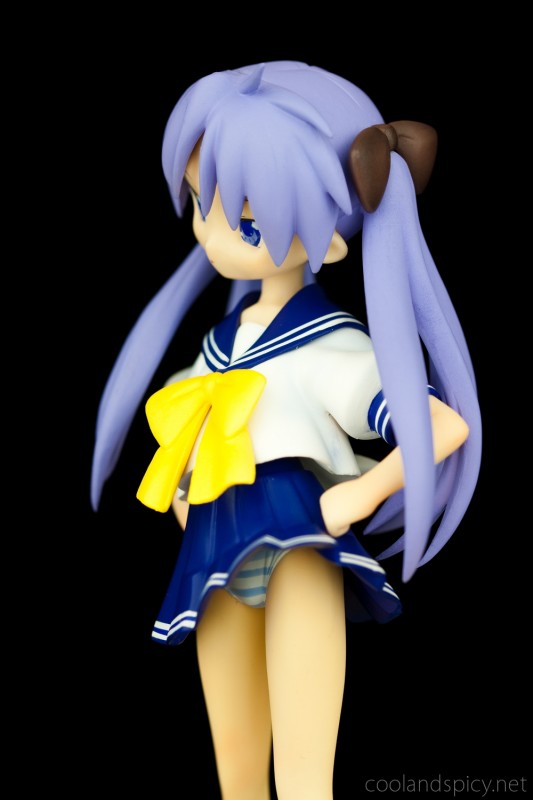 Special bonus with this figure!  Her skirt is raised on one side as if a heavenly breeze just drifted by ;) 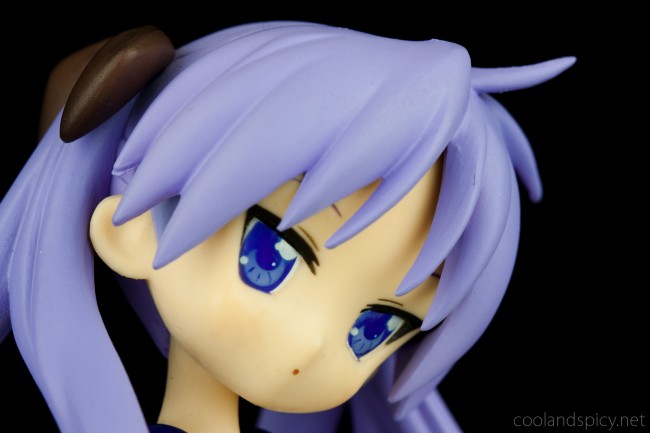 Her ears seem to stick out a bit more than I expected but it’s really only noticeable when viewed from a lower angle.  The rest of her head is to my liking.  Her eyes, one of the most important aspects of any figure, are an accurate representation of her anime appearance with sharp points on the top outer edges and are a nice shade of blue.  Her mouth is just a little dot but this too is an accurate representation ^^; 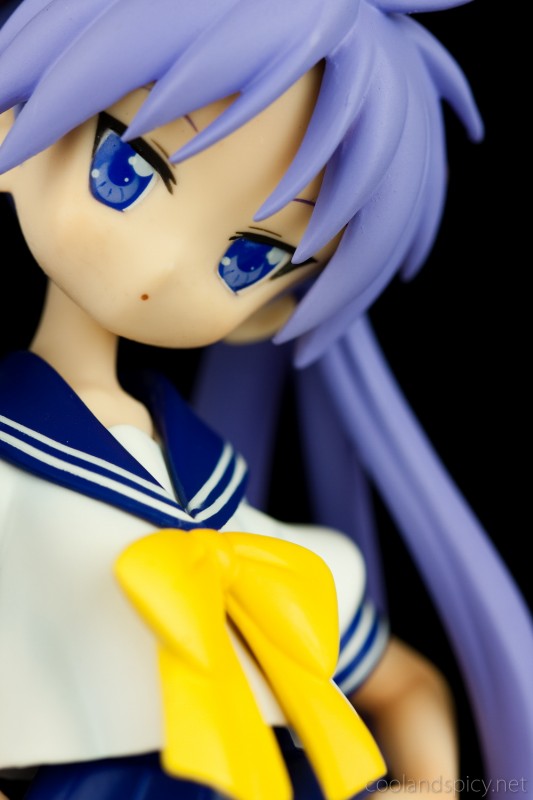 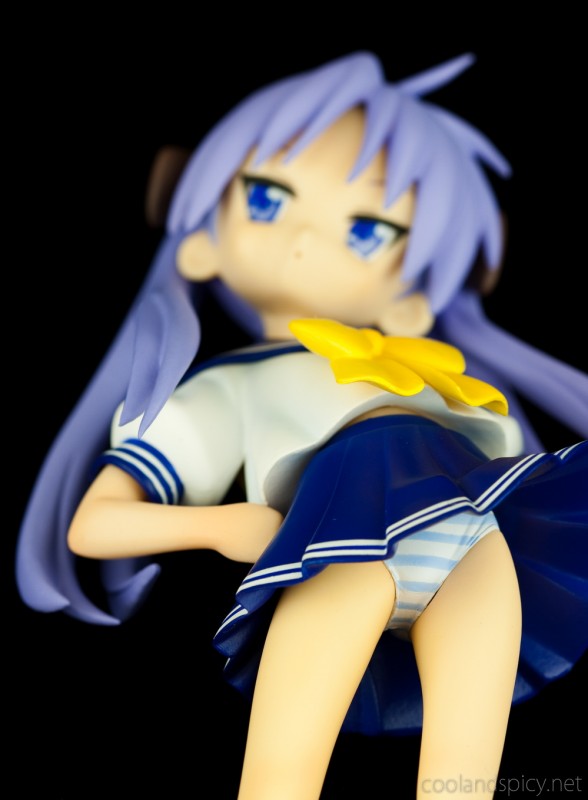 Full view from below.  Atelier Sai decides to go the same route as FREEing did with their 1/4 Kagami.  Shimapan ^^; 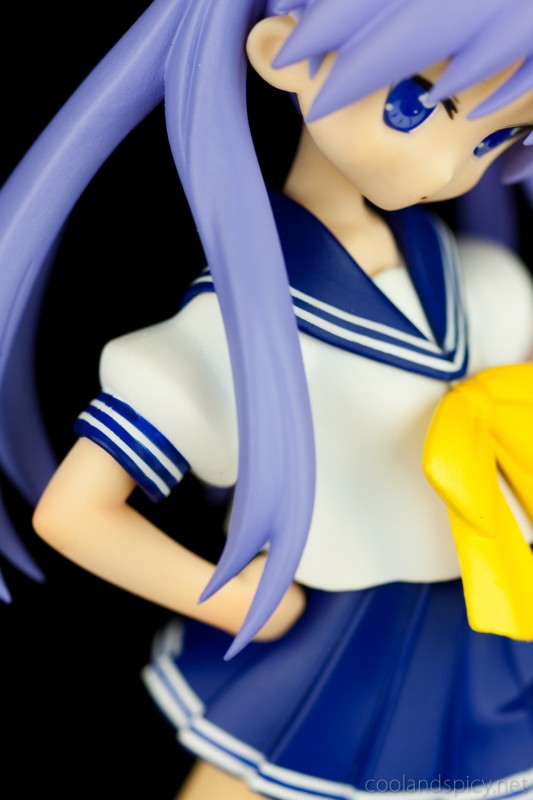 My favorite shot of the bunch ^^. 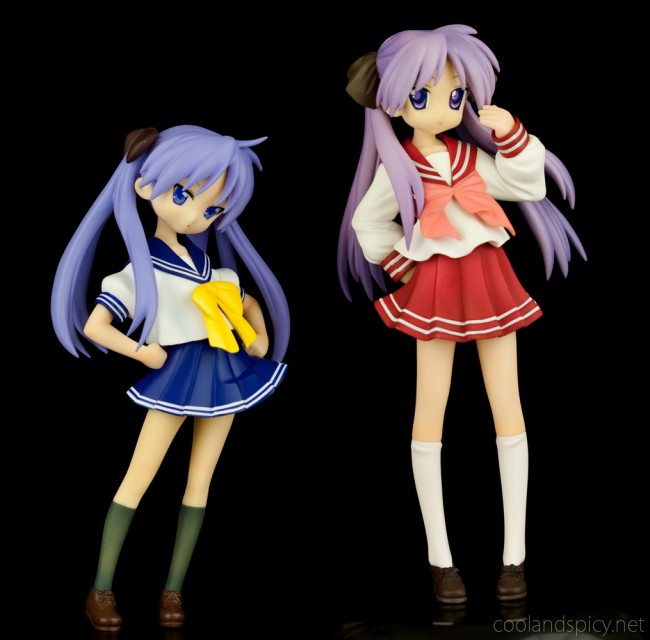 Atelier Sai’s Kagami beside Clayz’s Kagami.  Clayz’s 1/8 scale figure seemed to be the best to compare against.  You can see that the white seifuku on Atelier Sai’s version is closer to actual white whereas Clayz is a odd off-white color.  Also, looking at them side by side makes you realize how bad the eyes look on Clayz’s version.  Atelier Sai is definitely more accurate in this regard.  Also, notice the hair color?  This is probably the only thing Clayz’s did better.  Atelier Sai made Kagami’s hair too blue, not enough purple/pink in it.  It looks closer to Konata’s hair color >_<.  It seems the more blue shade is not an unheard of occurrence with Kagami fanart so perhaps this shade of blue was intentional.

In any case, I do like this figure.  If I had to choose between Atelier Sai’s Kagami and Clayz’s, I would definitely pick this one.  It just feels more like Kagami than Clayz’s.  So, yes, I’m satisfied with this purchase ^^.  Atelier Sai is releasing a similar Tsukasa figure soon though I don’t know if Konata and Miyuki will be following later.

This figure is still in stock at Hobby Search and HLJ so you can easily pick her up if you’re interested ^^.  4,800 yen retail.