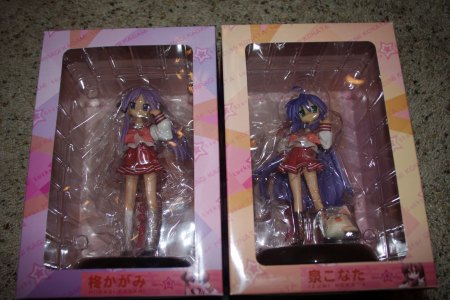 Yay, they’re finally here.  These are the first real figures I’ve purchased since last August when I received my last set of Lucky Star characters figures.  Here we have Hiiragi Kagami (Kagamin) and Izumi Konata as made by Clayz.  From preview images of these figures, they looked a tad plain but upon arrival and further insepection, I have to say I like them.  They’re fairly simple but they capture the characters pretty well ^^

Also noteworthy, when these two lovely figures first arrived last week, my initial photo shoot did not produce very good results.  I don’t have much experience photographing figures and I just couldn’t get the lighting right.  It’s rather cold in Indiana in February and it was a overcast day so I was shooting indoors.  I gave up on those initial photos and resolved to try again later.  I received some good advice from Smithy who directed me to the HappySoda blog where super rats had written an excellent tutorial for figure lighting.  I made a trip to the general store and returned with all the materials needed for a mini figure studio.  Though not quite perfect, the results were much better this time around ^_^ 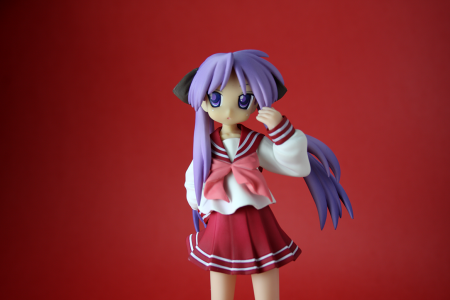 Starting off with my favorite, Kagamin.  She is dressed in her winter serafuku and is in the process of brushing back her famous twin tails. 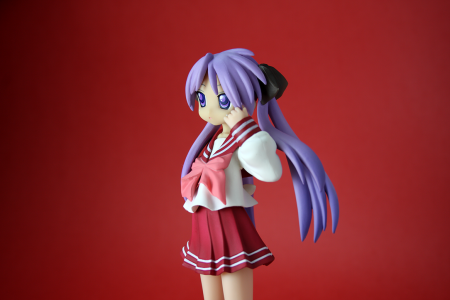 She has a small mouth in this pose.  I guess she’s not yelling at Konata right now ^^; 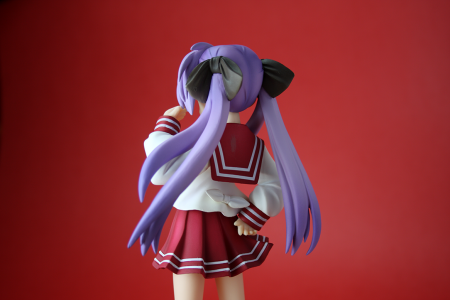 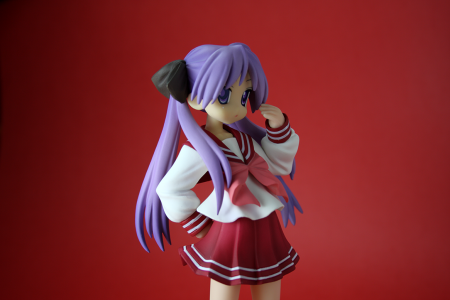 Both of these figures were released in late January but due to me being cheap and using SAL, I received them a full 2.5 weeks later orz. 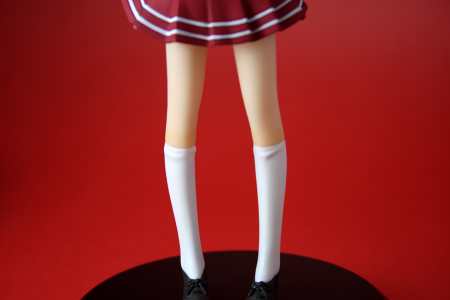 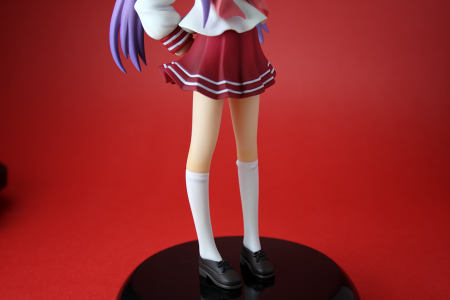 I like the detail on her socks with the slight wrinkles on the top. 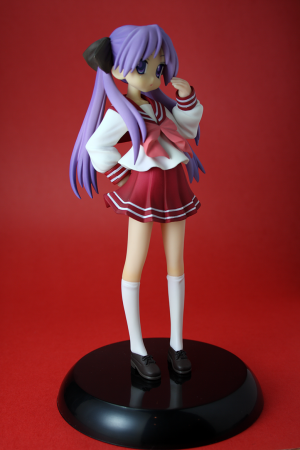 Full body view.  She’s quite tall.  The proportions are a bit more realistic than in the anime. 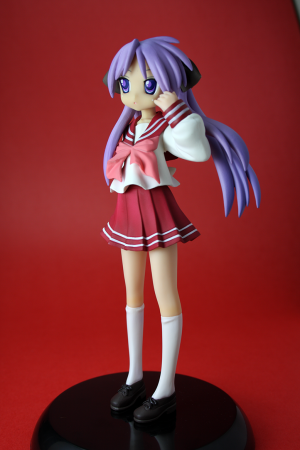 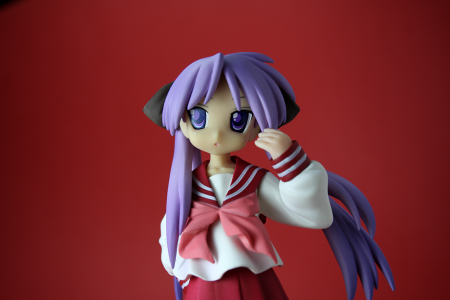 And that’s it for Kagami :)  Up next is Konata. 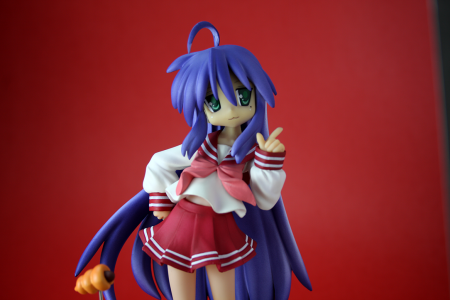 Konata!  While Kagami will always be my favorite, Konata is still quite cute.  Ignore the background being cut off in the corner… it’s my first real figure shoot -_- 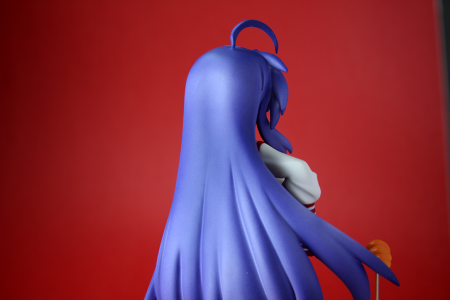 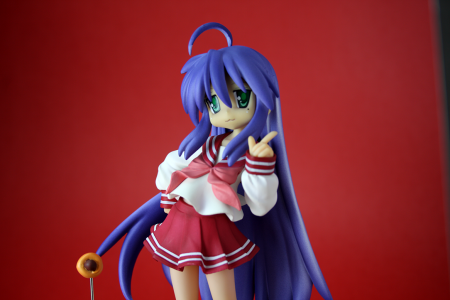 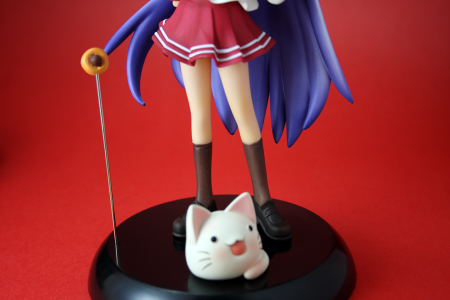 For some reason, Konata comes with two accessories.  A choco cornet on a stick (^^;) and that round cat thing. 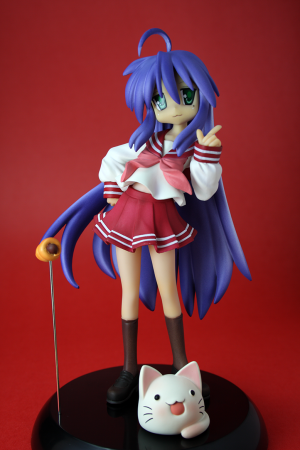 Full body shot.  Not quite as tall as Kagami but still a good height. 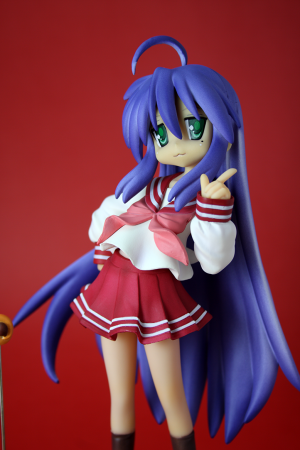 I wonder what’s she gesturing at… or is she spontaneously breaking into dance?  Lecturing Kagami maybe?  ^^ 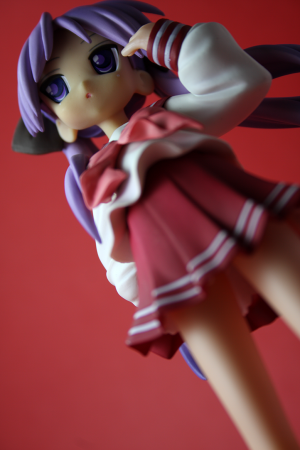 Special bonus!  So close, but I won’t let you see it =P 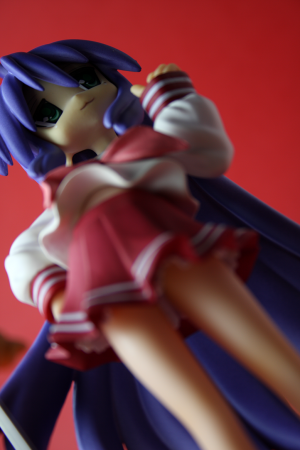 Sorry, can’t let you see Konata either ^^;  These shots were a bit more difficult to take with camera positioning >_< 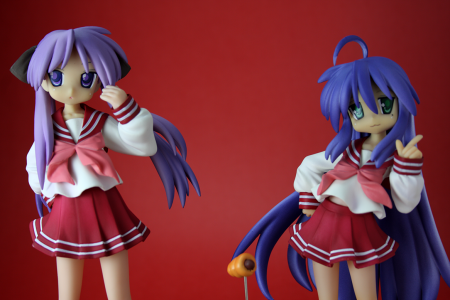 The two together at last.  The difference in height is apparent here.
That’s it, folks!  Hope you enjoyed the photos :)