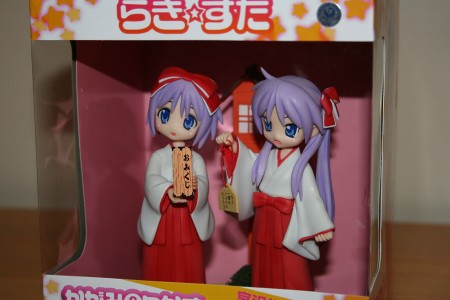 I’m not really a collector of figurines.  As seen earlier, I don’t have many figures so due to my inexperience in such matters, I can’t really consider this a proper review.  Though I have little experience with figures, my love for Lucky Star overcomes all ;) 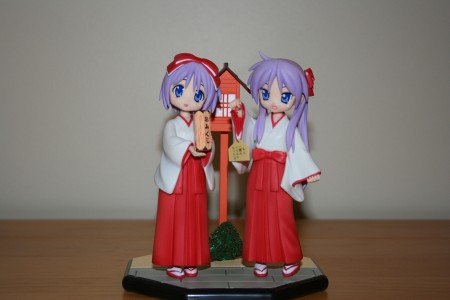 All the online shops I looked at were sold out of this limited edition Kagami + Tsukasa combo set so I had to head over to ebay to find it.  I know ebay is known to have bootlegged anime merchandise so I carefully selected the seller.  It was a bit expensive but thanks to the fine folks over at live.com, I was able to take advantage of their 25% cashback offer on select ebay auctions (gee, thanks, Microsoft).  The final price for this figure set was about $100 shipped.  That’s not bad considering it retailed for 8,500-9,000 yen when it was first released. 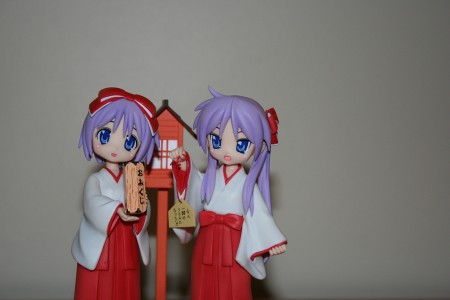 Though I’m not too familiar with what to expect from a quality PVC figure, I think the two in this set are good quality.  They aren’t perfect, however.  I did notice some of painted lines between the red and white areas of the miko outfits weren’t as clean as I would have liked.  Aside from that, I don’t really have any complaints.  The miko outfits that Kagami and Tsukasa are wearing are relatively simple compared to those of most other figures I’ve seen.  Who knows, maybe I will be getting more figures in the future ^^; 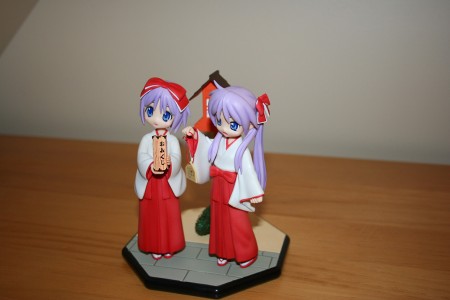 This figure set is based on the Hiiragi twins helping during Hatsumoude.  The scene it is based on is in the second half of episode 12 for those who are interested ;-) 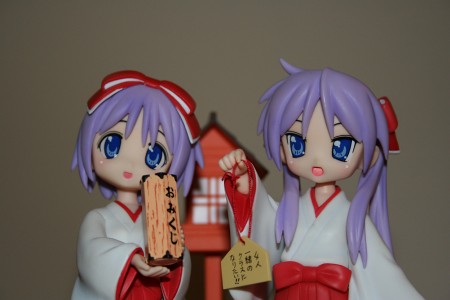 Tsukasa holding the fortunes to be drawn (like winning the lottery?) 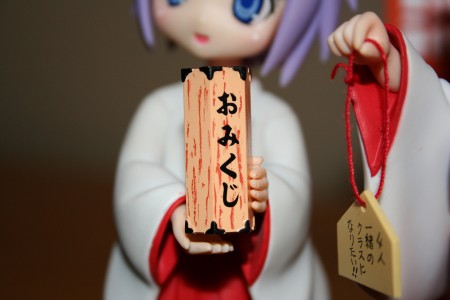 Kagami has written down her prayer.  Too bad it never comes true for her ;_; 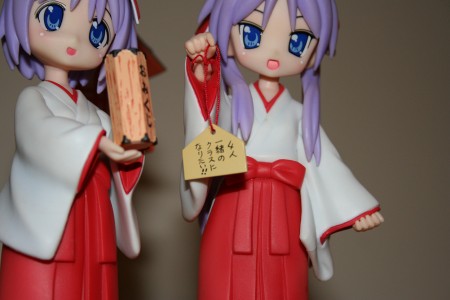 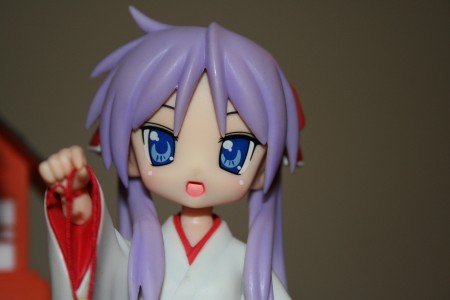 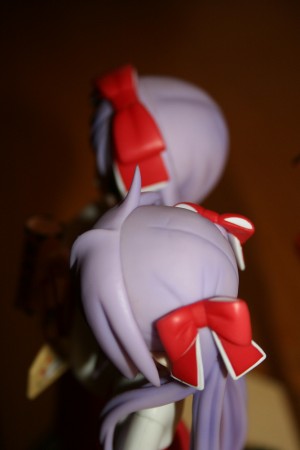 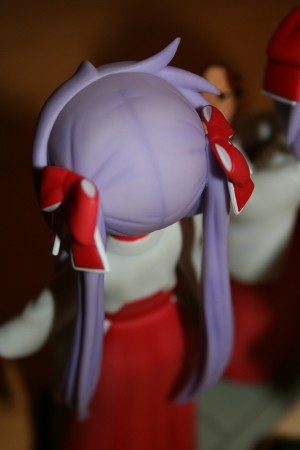 Wearing the traditional miko attire (hakama, kimono, tabi).  Yes, you can look up their hakama.  Not that I did or anything… 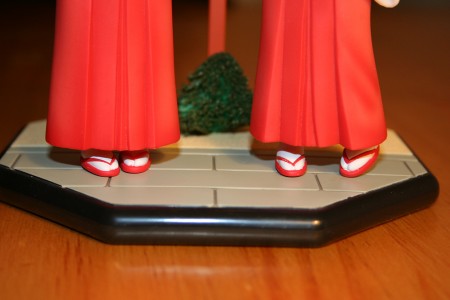 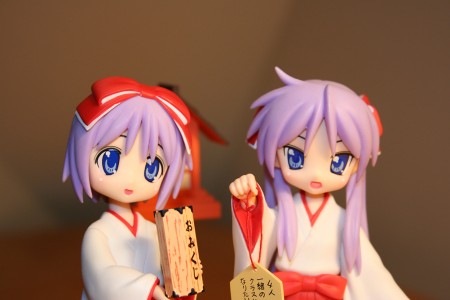 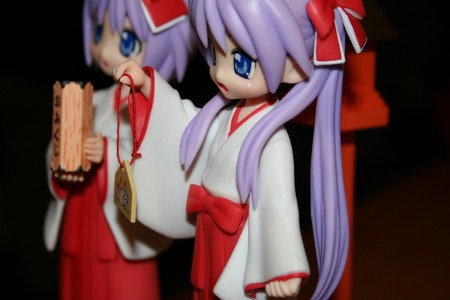 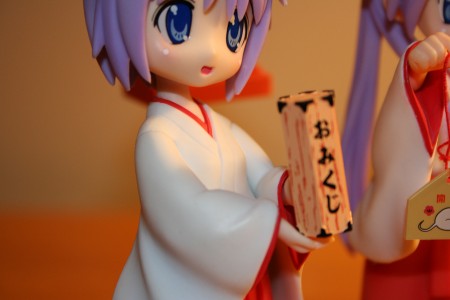 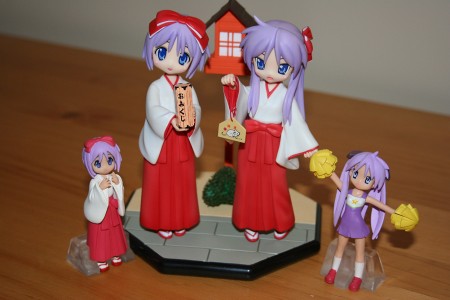