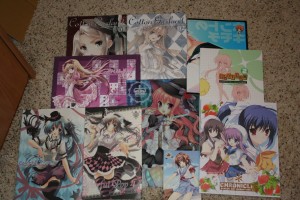 I received a shipment of Yahoo! Japan Auction items through Shopping Mall Japan last week, but I was too occupied with going to Acen to post anything about it. Since I’ve already mentioned that I don’t want to debind my precious artbooks, I have decided to take photographs of sample images from each item instead of trying to scan pages from a bound book which results in not only a cropped scan but also bends the spine of my books. So please don’t mind the photos with parts of my fingers in the shot ^^; It was kind of difficult to hold the books open and in position and take a photograph (even with a tripod). Also, some of them aren’t fully in focus across the entire image and the flash reflected too much in some parts. Hopefully, I will get better at this process with more practice XD

Cotton Garland 1 + 2
I found out about the Closet Child circle from images on shuushuu and after hearing good things about these two doujinshi collections, I decided to pick them up and I’m really glad I did as they contain some very cute illustrations ^^ The Cotton Garland books follow a fashion catalog theme (lolita based, of course). Each page displays girls in a brand of clothing complete with descriptions and prices for each piece in the set. Each image has a fashion “designer” (aka the artist of the image). Some of the artists found here are Konoe Ototsugu, Asaki Yuzuno (the two members of Closet Child), as well as Kaya Kuramoto, Rami, CHOCO, Ryuran, Kaori Minakami, LLO to name a few. It’s a nice collaboration of various guest artists. I love these two doujinshi and I highly recommend them. 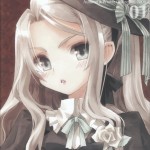 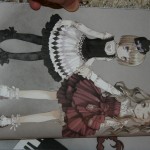 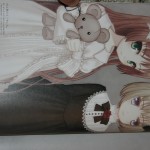 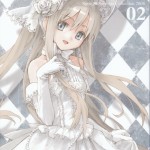 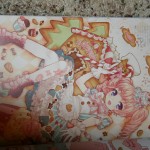 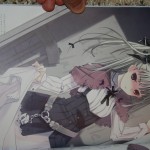 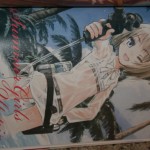 Chronicle 2 (and other Mikeou works)
I’m not a huge fan of Mikeou (PINK CHU CHU circle) but she(?) does have some nice art and I had heard good things about Chronicle 2, so I decided to pick up this doujinshi artbook. While it technically is doujinshi, it feels like a commercial artbook. It’s chock full of color illustrations and about as thick as a commercial artbook. If it has an ISBN, I would consider it a commercial artbook ;). As for the art itself, Mikeou likes to draw ecchi… and is good at it! XD While there is no nudity, some of the images push it close. However, this is definitely the cleaner side of Mikeou’s work and most of the images are perfectly tame with girls in swimsuits and skirts and are quite cute. The printing method (at least on the cover) seems different than most other artbooks I’ve scanned. There was little screening when I scanned at 600dpi and didn’t really need much cleaning ^^ 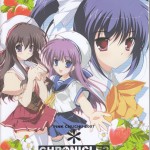 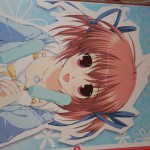 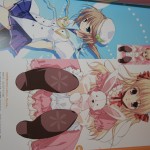 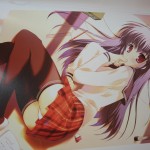 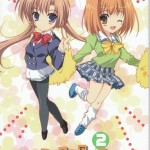 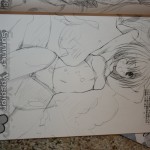 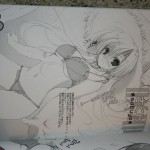 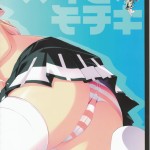 Colorful Pop 3 + 4
After seeing some scans of these doujinshi on my image board, I took a liking to the artist’s style and decided to grab these two editions of the Colorful Pop series. Colorful 1 and 2 seem to be a bit more rare but I may try to pick them up if I can find them for a reasonable price. The main artist here is Izumi Tsubasa (hisuitei circle) along with some guests such as WNB Mark’s Tatekawa Mako and Hasekura Chiaki. There isn’t a common theme among all the images… some have neko mimi, maids, kimono, and seifuku. Volume 3 is printed on thick, rough paper (almost like thin cardboard) while volume 4 has glossier paper. Both are full color with many beautiful images. Recommended ^^ 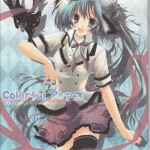 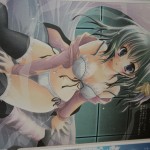 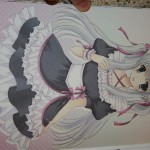 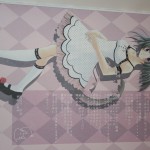 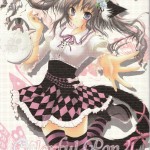 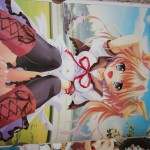 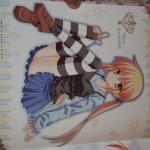 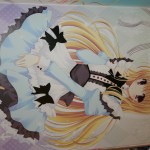 Drink Me
After reviewing Tsukiyo Chakai, I decided I liked Tinkle’s work in paper form versus digital, so I went searching for more illustration books :) This isn’t a new doujinshi (released in 2006’s C70) but it’s still quite nice. It’s a 22 page full-color illustration book of loli! Ok, not entirely, but close. Very cute. Also, there is one slightly naughtier image with nudity. 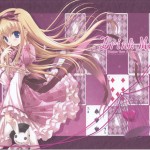 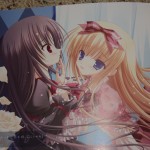 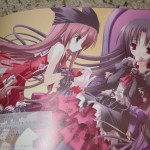 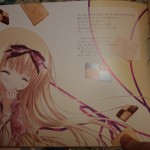 Puchi Puchi (Petit Petit) 2
I can’t remember why exactly I bought this because there’s not much to this set of items. I think I was just searching for random WNB Mark items and stumbled across this in an auction right after SC38 for a few hundred yen. It’s basically a large clear file, an 8 page collection of monochrome illustrations, and a postcard with Haruhi on it. The clear file is probably the best part. It’s a large, shiny clear file with Louise from Zero no Tsukaima on it. Pretty cute. The Haruhi postcard is not bad either, but being a postcard, is pretty small. The monochrome book has some decent illustrations. I just wish they were in color ~_~ There’s a white line in the monochrome scan I made, not sure why but I didn’t rescan it >_< 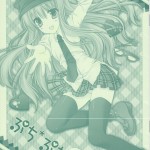 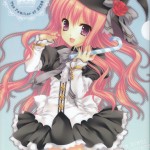 I’ve actually got several more items that have received since this package that I still need to cover. I just haven’t gotten to it yet (been busy), but look forward to it in the next week or so!

1 thought on “May doujinshi stash”