Ah, it’s been awhile since I posted, hasn’t it? Some distractions have come up… Starcraft 2 beta, Assassin’s Creed 2, BFBC2, and replaying Deus Ex ^^;

Well, a few “presents for Yui” packages arrived and I just couldn’t resist posting about them!  My girl Yui got to try on a new outfit from Iplehouse as well as a wig and pair of shoes from Leeke World. 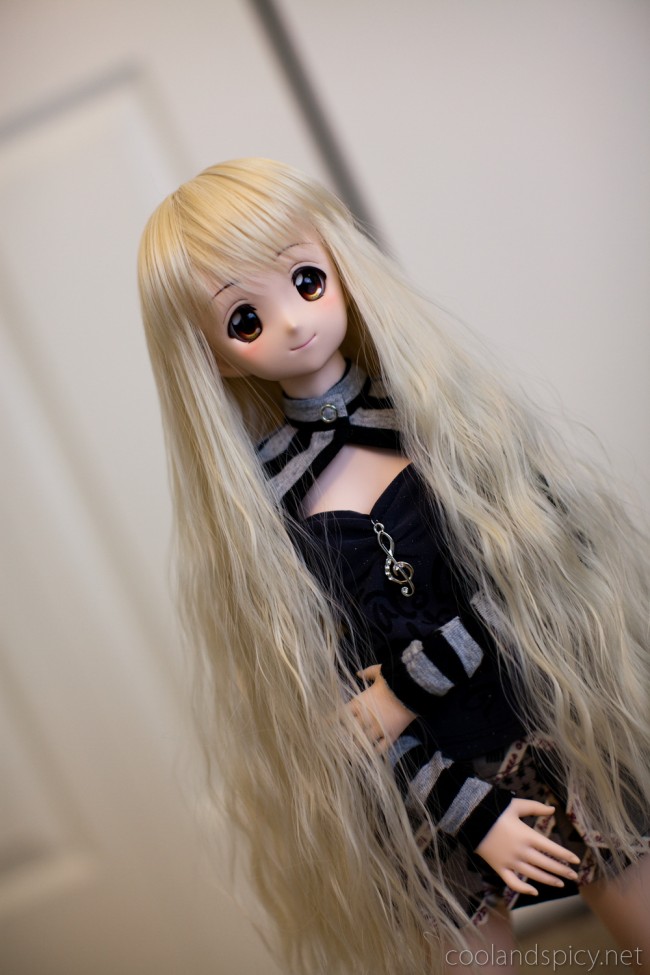 More pics after the break ^^

The Iplehouse outfit has a sort of bad-girl look to it which I have a bit of a weakness against ^^;  It was designed for Iplehouse’s YID Girl doll series, but fits pretty well for DD as you can see.  The outfit comes in 3 pieces: The “What’s love got to do with it?” top, pleated print skirt, and lovely stripped socks. 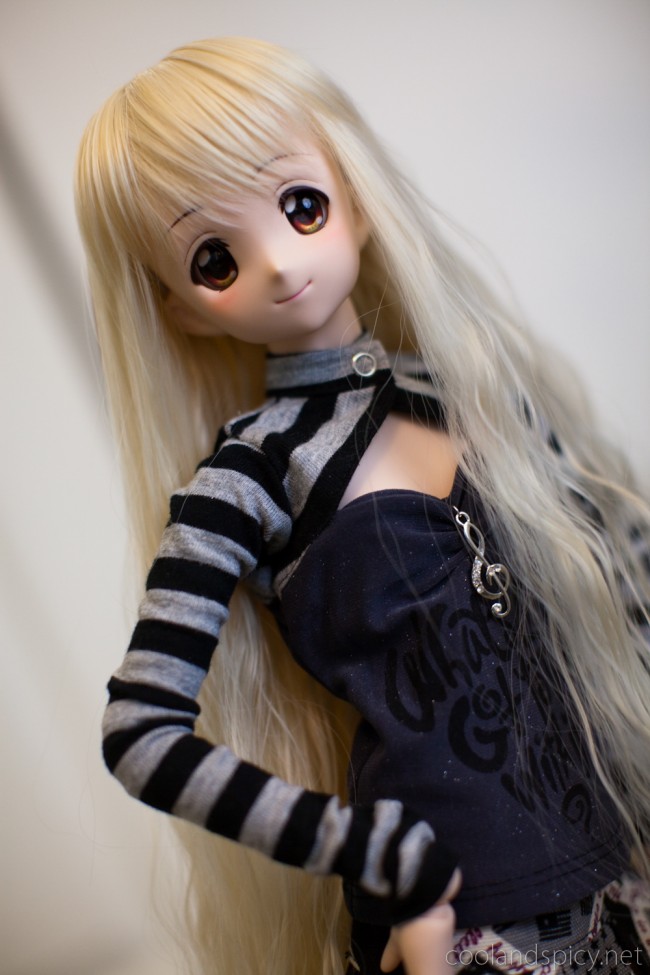 The top is a bit loose on little Yui though.  If she had an M or L bust, I think it would fit very nicely, but even with her default S bust, it looks pretty good.  Quite fittingly, the top comes with a cute music note ornament for our clumsy little rock-star.

Too bad the outfit is primarily dark colors with black threading. I had to remove the outfit quickly after shooting these pics in order to avoid staining Yui. I wish I could leave it on her! 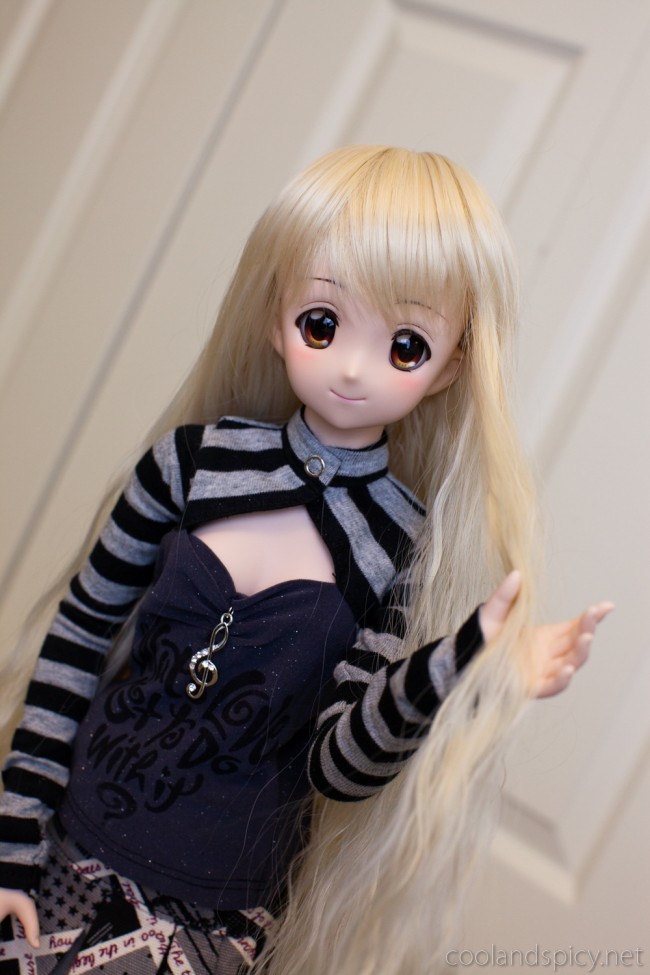 Along with the new outfit, Yui received a new wig.  What do you think?  Long, wavy blond hair is cute ^^.  It wasn’t my intention but she kind of looks like Mugi-chan, doesn’t she? 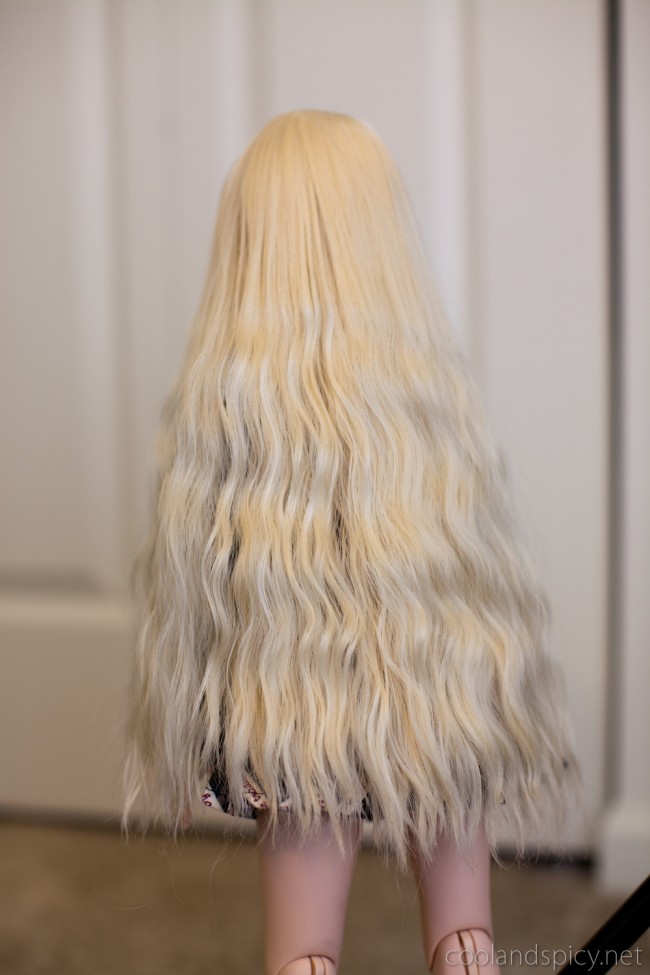 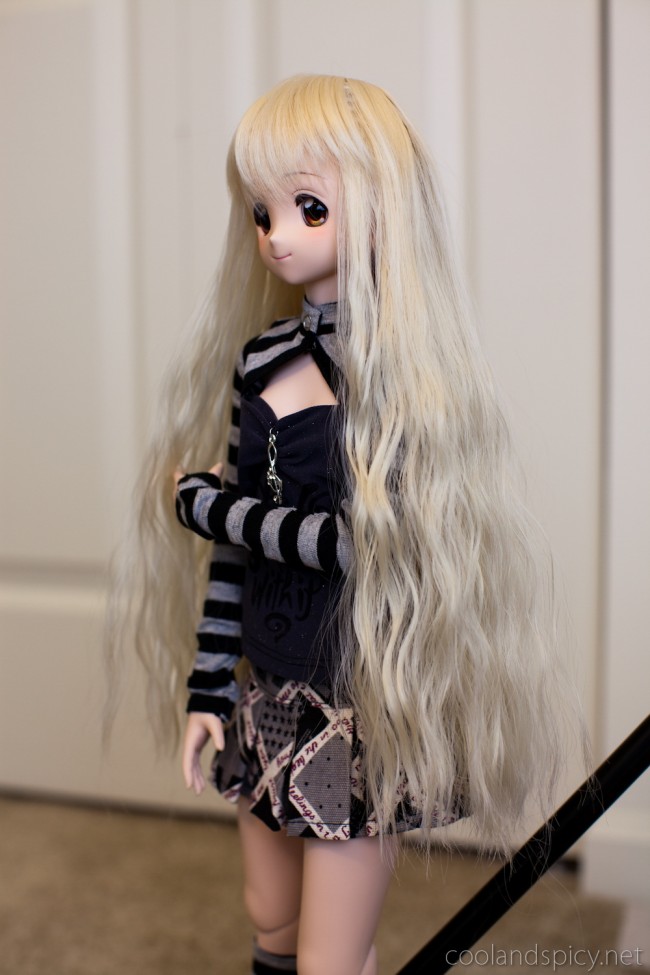 So how do you guys like the look of this new wig and outfit? ^^

I have more pics of the outfit with Yui as herself.  I will post those tomorrow! Also another outfit is waiting for Yui but I haven’t had a chance to try it out.  More on that one later :)