I’ve now had my Yui Dollfie Dream for 1 week and I can’t believe I’ve only posted a handful of preview images from the day I received her!  Let’s fix that.  Here are lots of pretty pictures of DD Yui ^^ 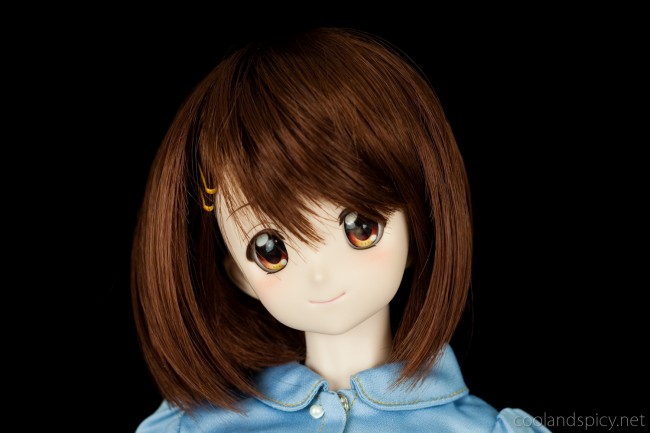 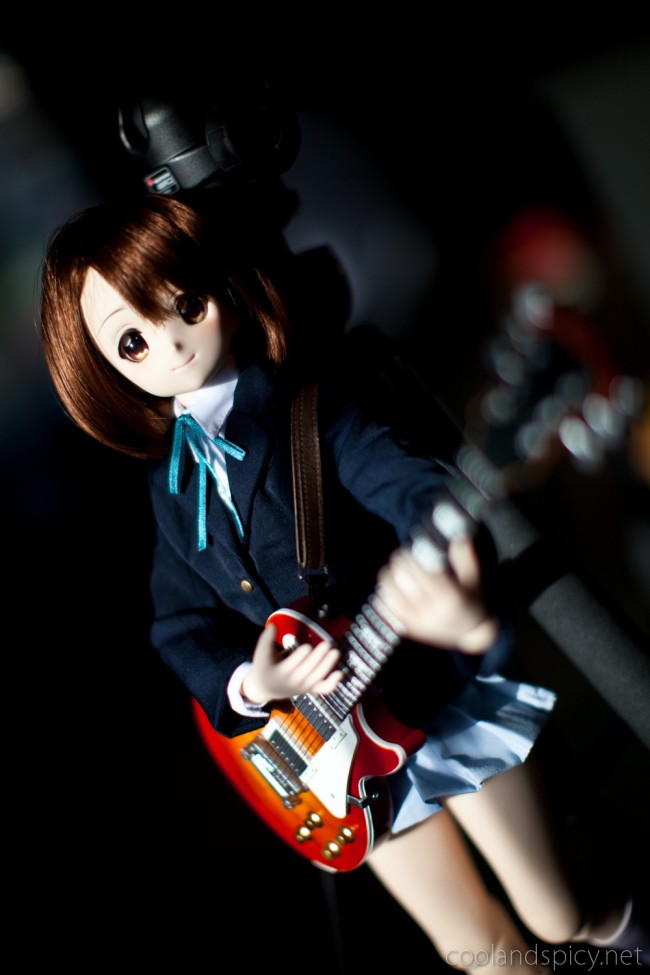 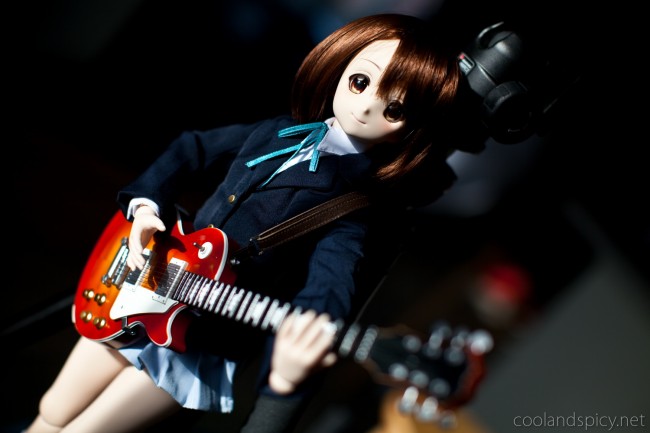 She looks quite good with it, doesn’t she? ^^ 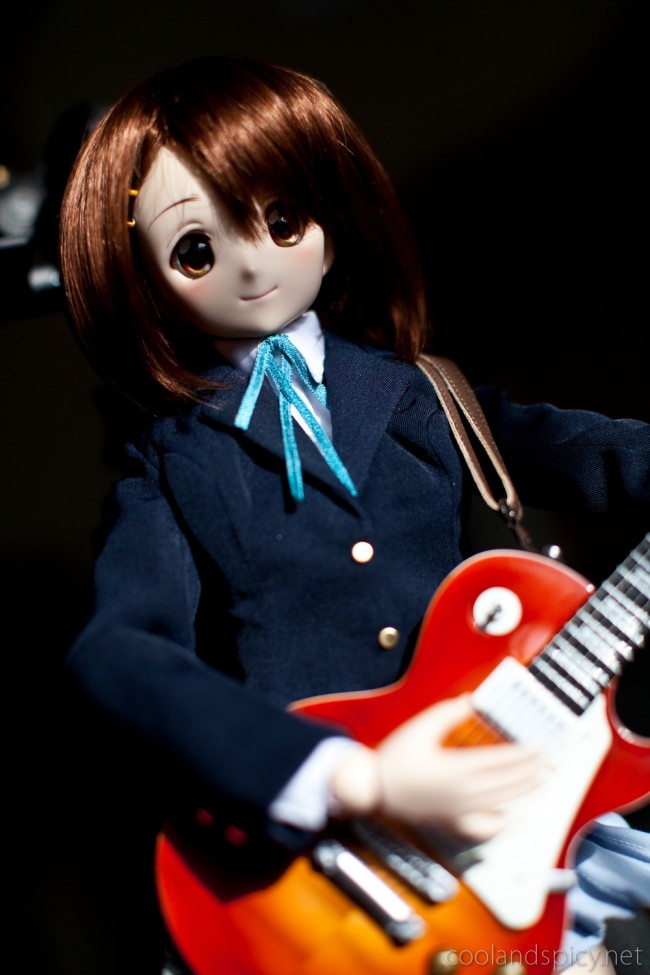 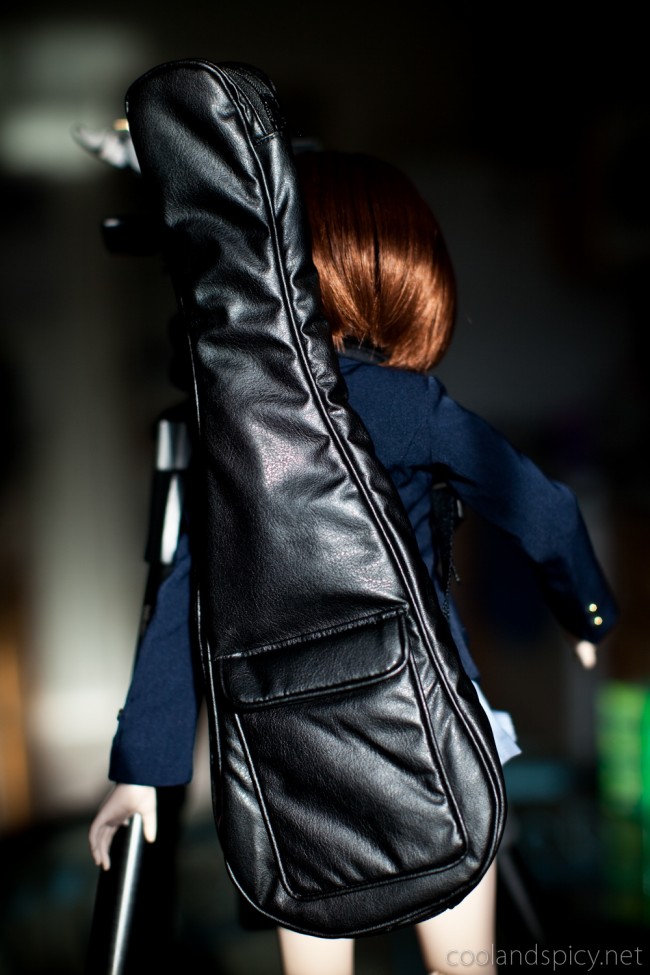 Volks also provided a nice quality guitar case for Gita. It’s made out of some sort of imitation leather and has a nice feel to it. 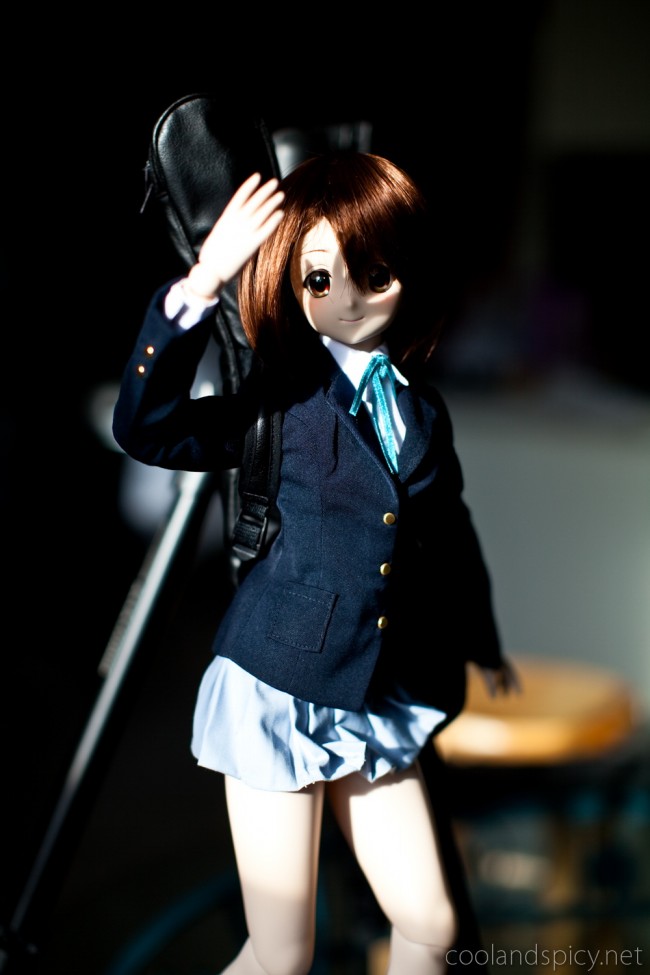 Yui on her way to school? 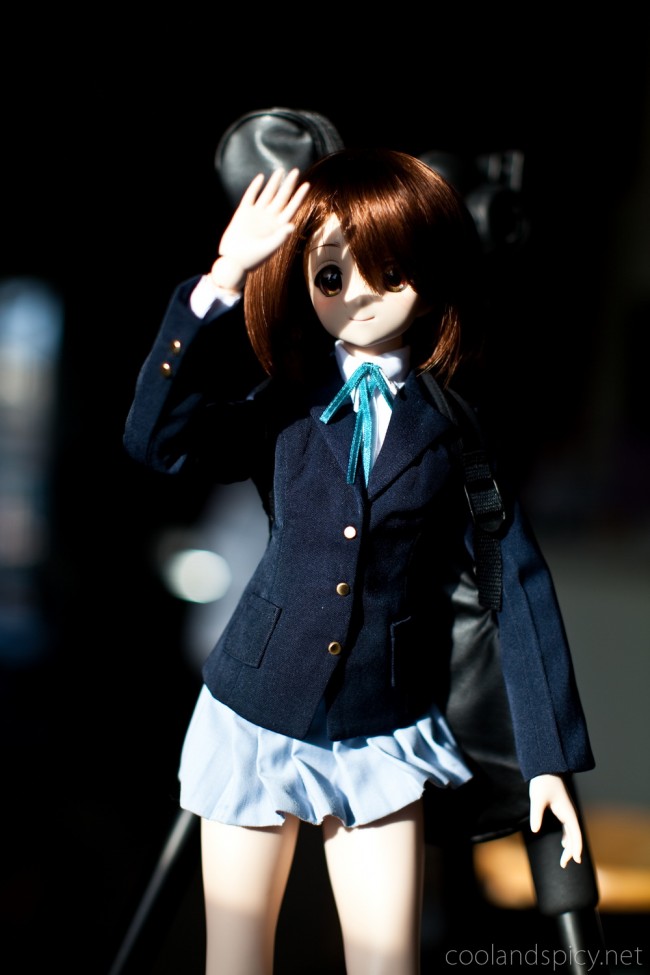 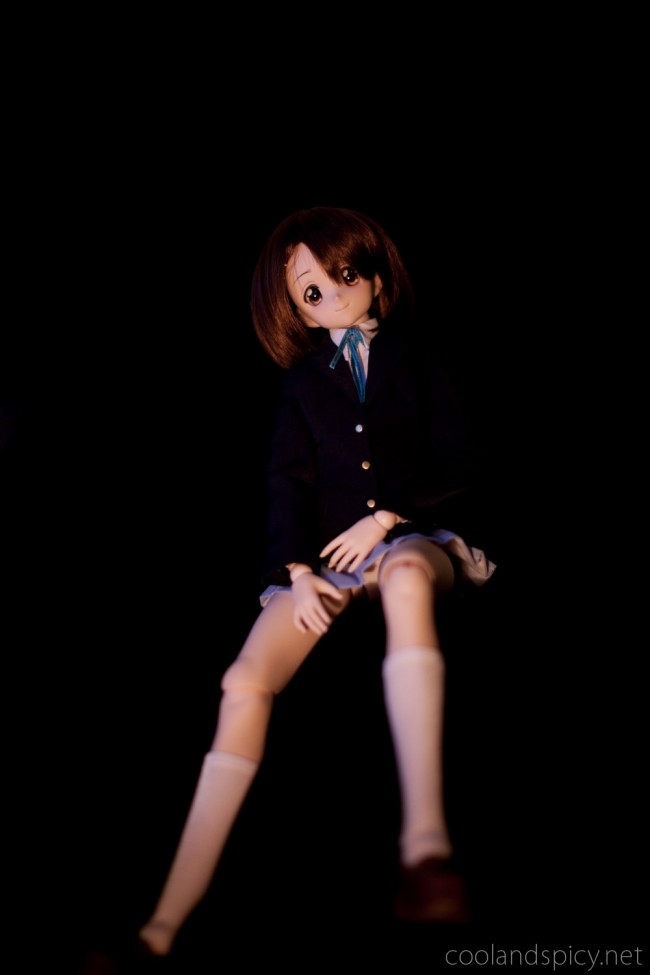 Experimenting with lighting.  This photo was illuminated by only a single candle.  Kind of silly ^^; 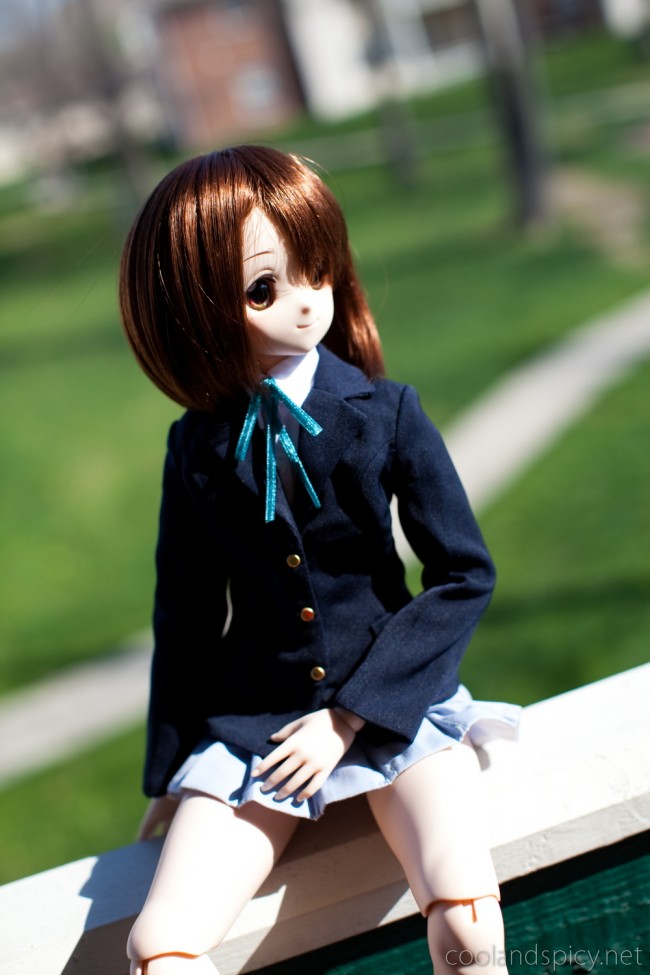 The next day, Yui checks the day’s weather.  Looks good, perhaps we should go out today? :) 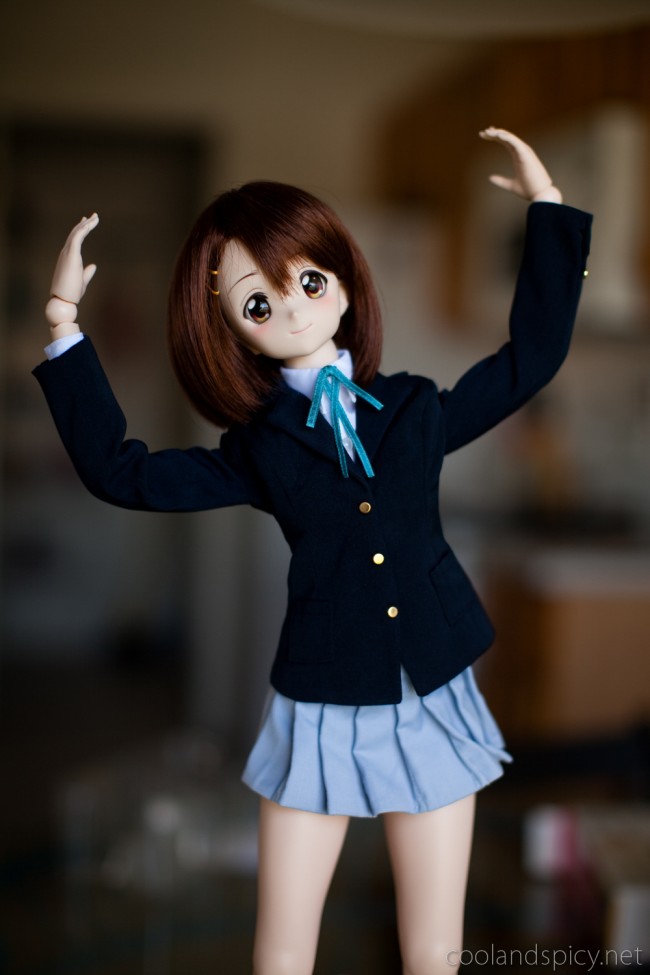 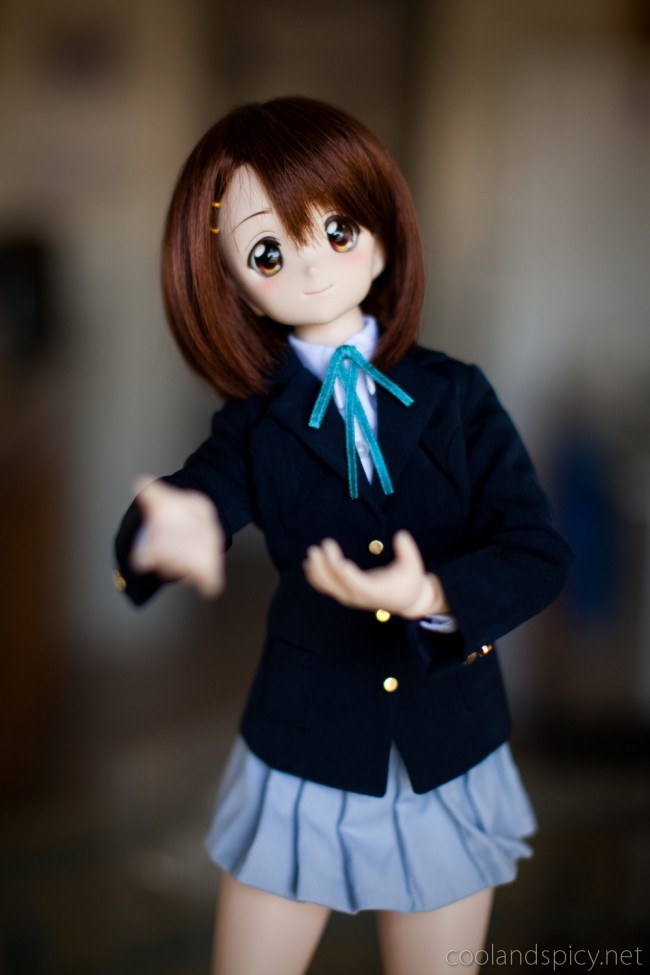 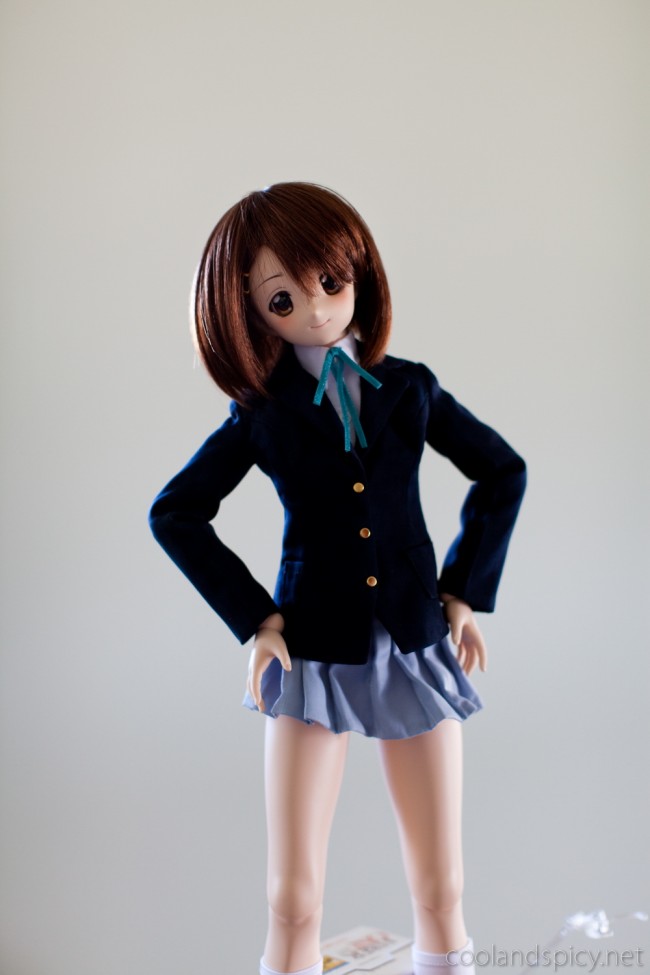 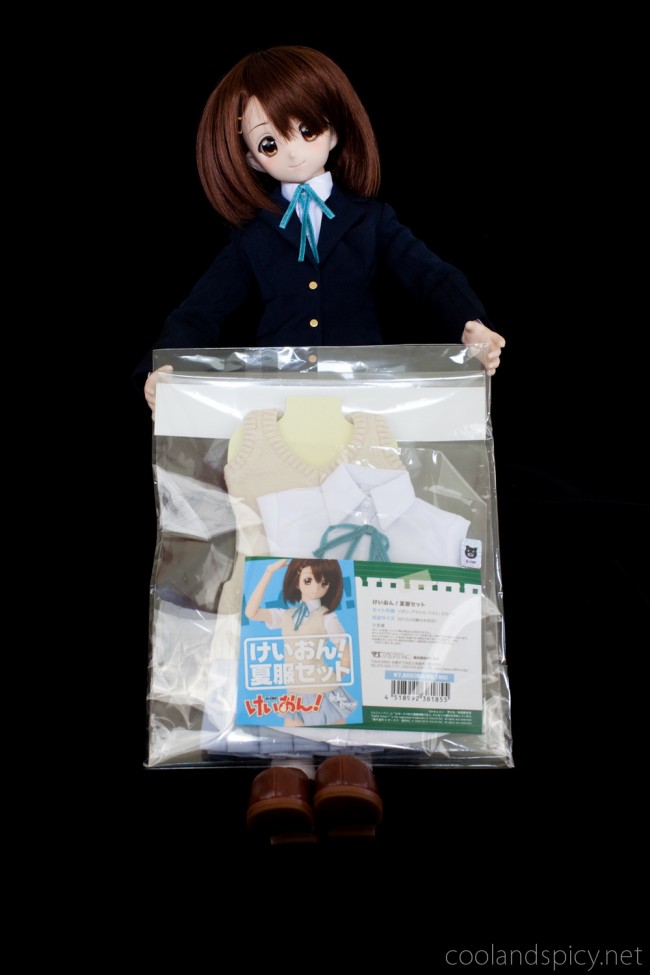 I finally agreed to take Yui out since it was a nice, sunny day.  But first we had to change into some more Spring-like clothes.  Summer school uniform! 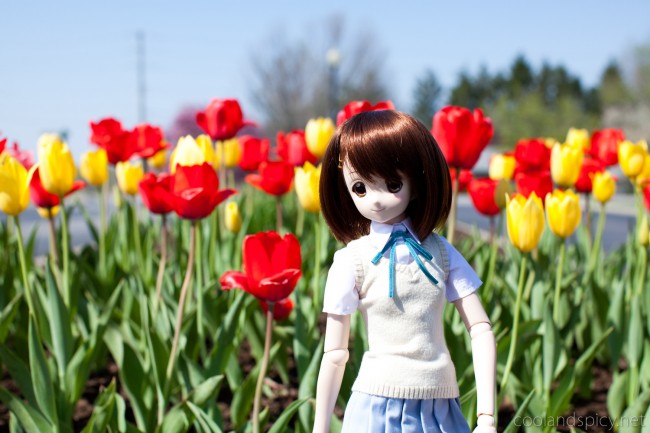 So sunny today! Yui insisted we stop and look at the newly blossomed tulips. 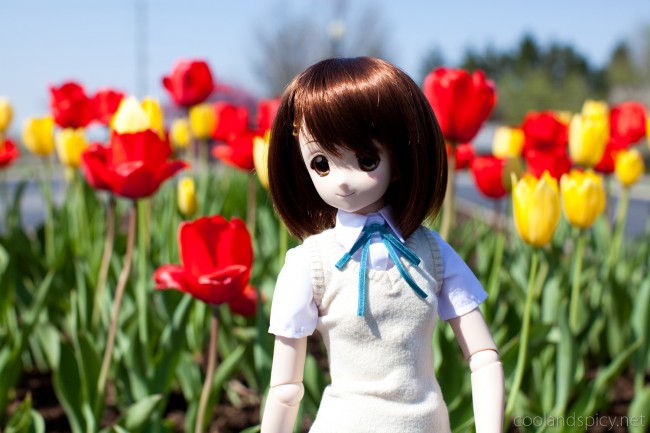 (These flowers were right outside of my apartment complex where many people pass by.  Posing a doll in this high traffic area was a bit embarrassing xD) 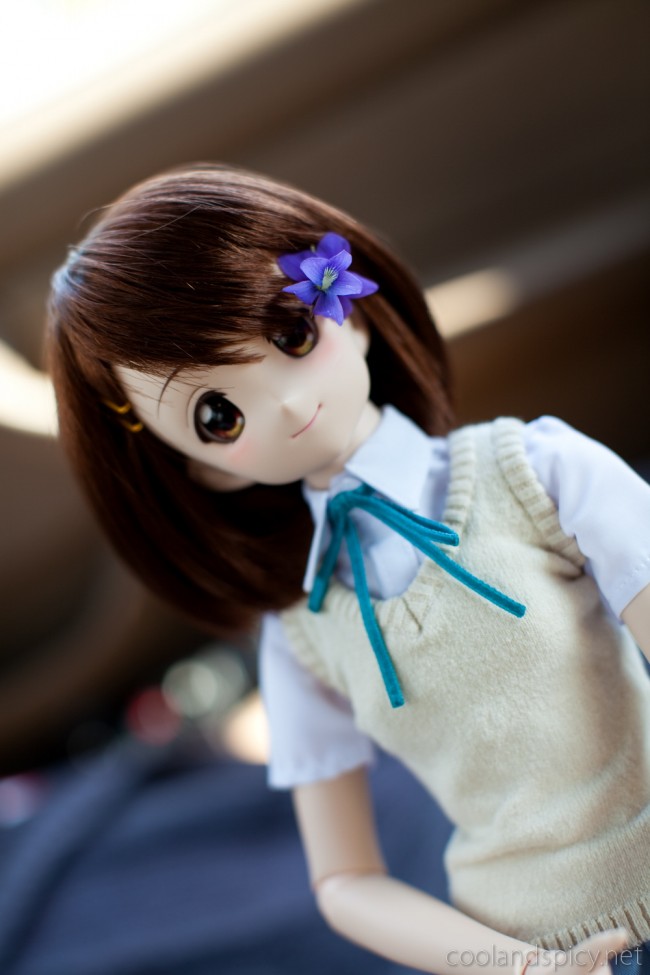 We decided to head to somewhere quieter and more peaceful. Yui found some wild flowers that she took a liking to. 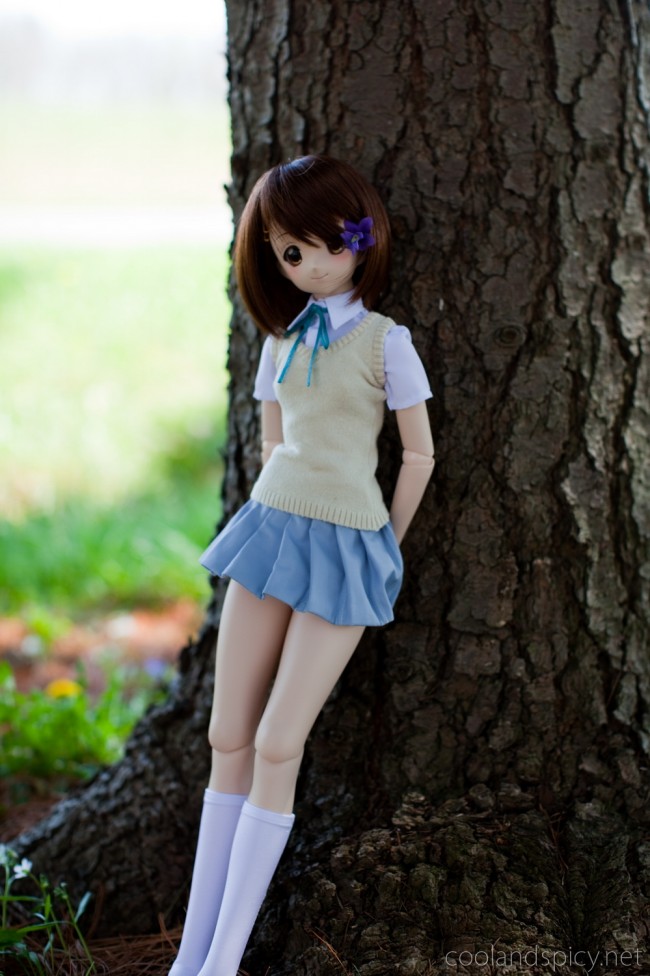 Ah, time for a break.  This looks like a good spot to rest. 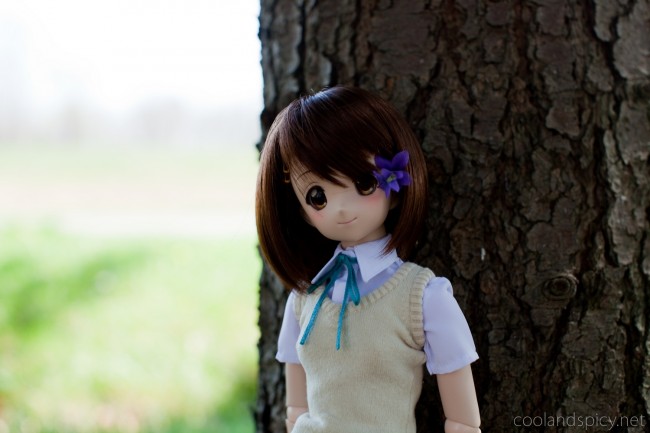 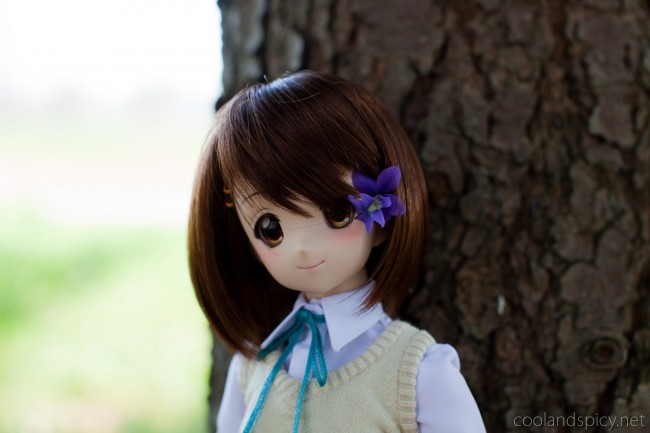 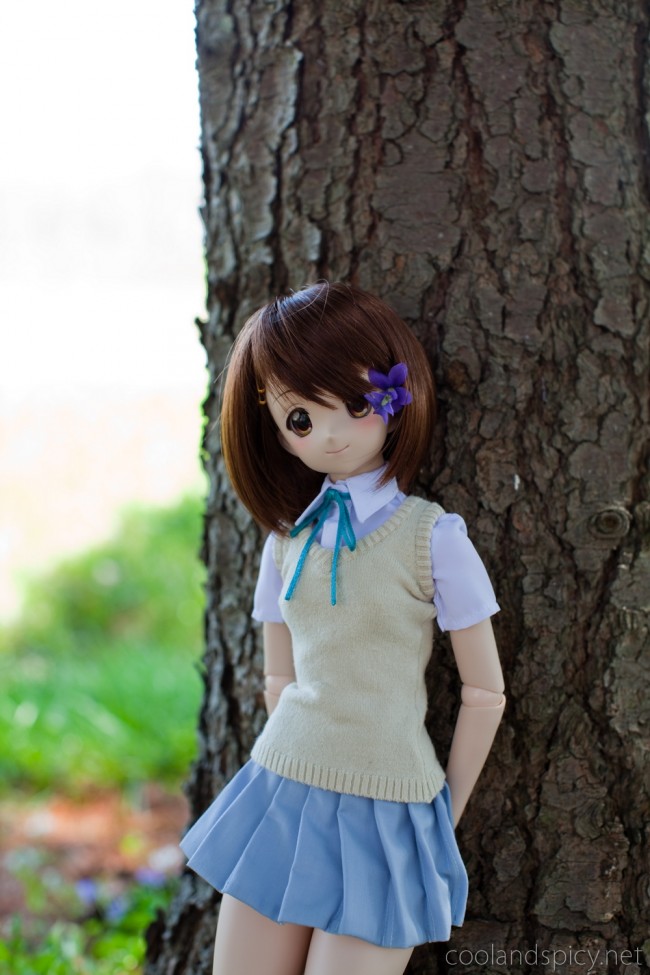 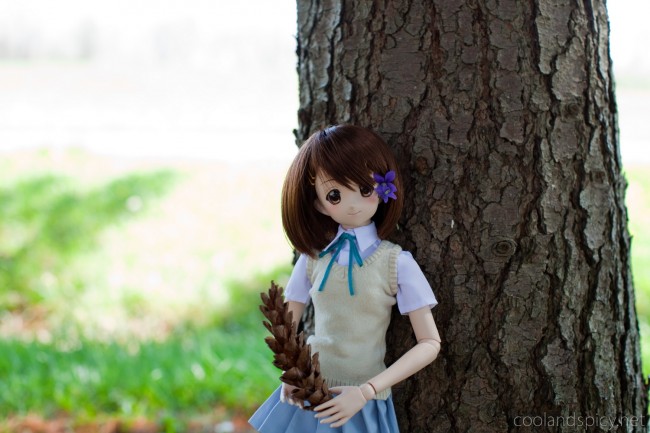 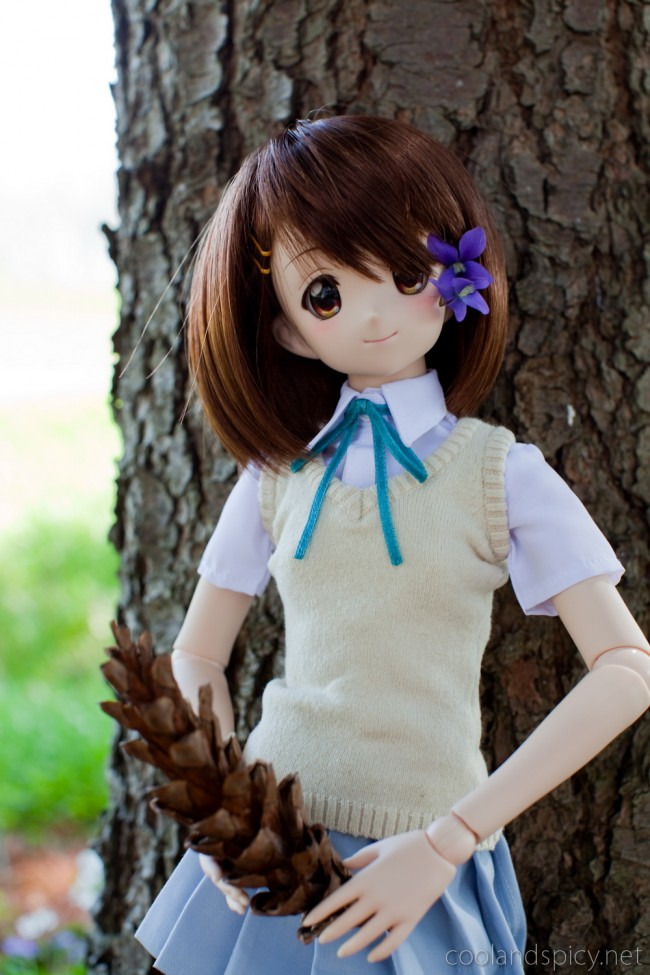 “This is for poking people that make me mad!” 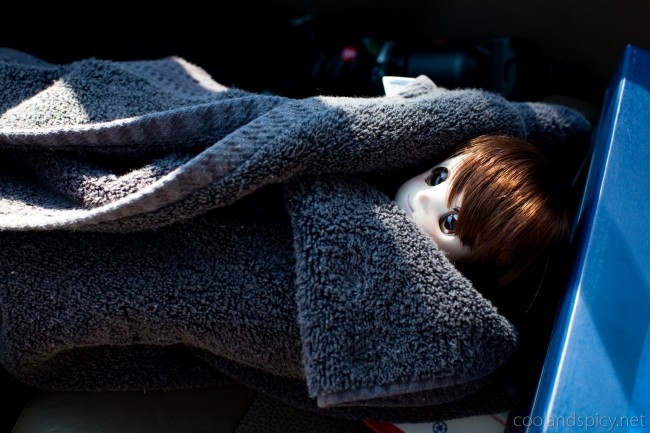 Time to head back home!  This is my current low-tech method of transporting Yui.  I need a proper carrying case! 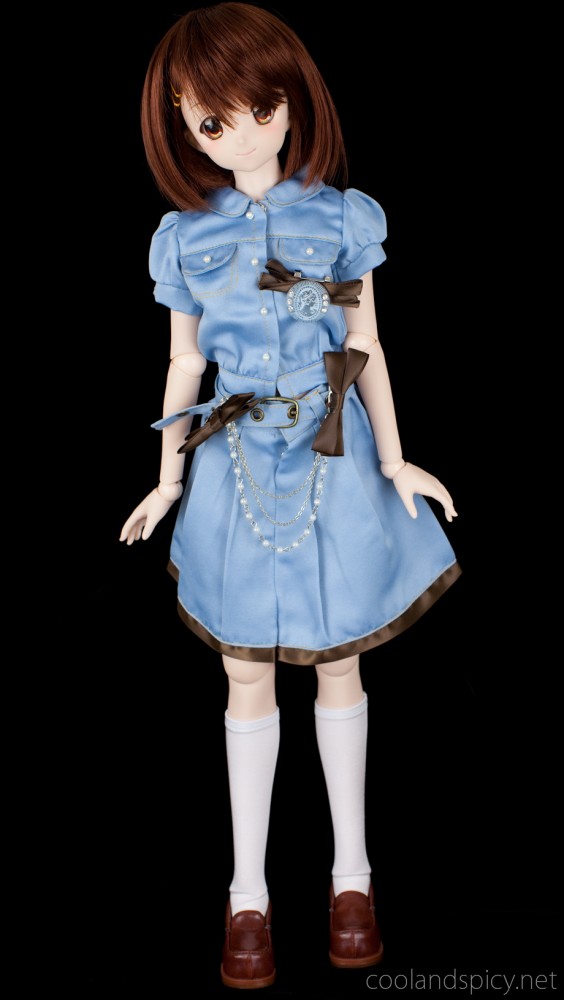 Phew, finally back home.
Here Yui is trying on a new outfit.  This is my first non-Volks outfit. 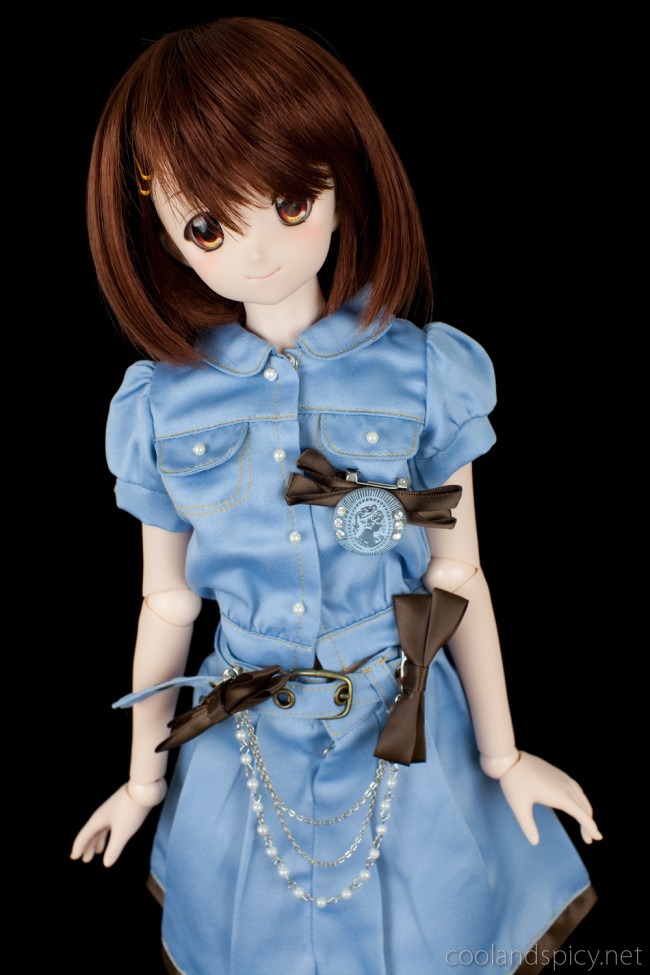 “kawaii deshou?”
It is a Dollmore outfit which I acquired from Ultimaknight who was selling it.

It also looks pretty cute from the side :) 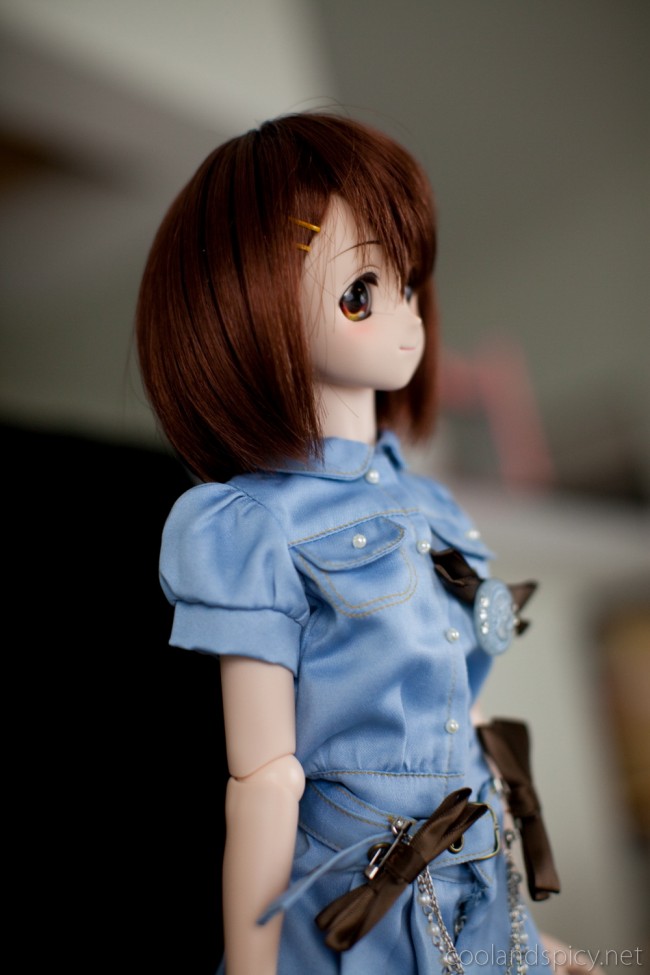 Sadly, the outfit, particularly the top, is a bit big for Yui’s petite physique.  Still, it looks pretty good. 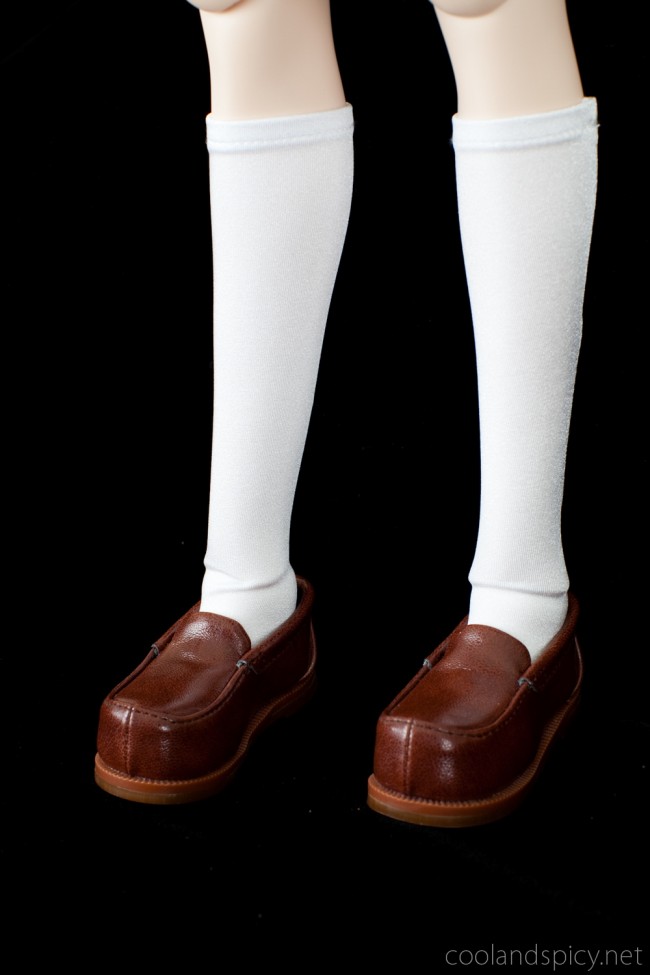 These socks are part of Yui’s default school uniform, but I like them a lot.  Very cute and are made of soft material. 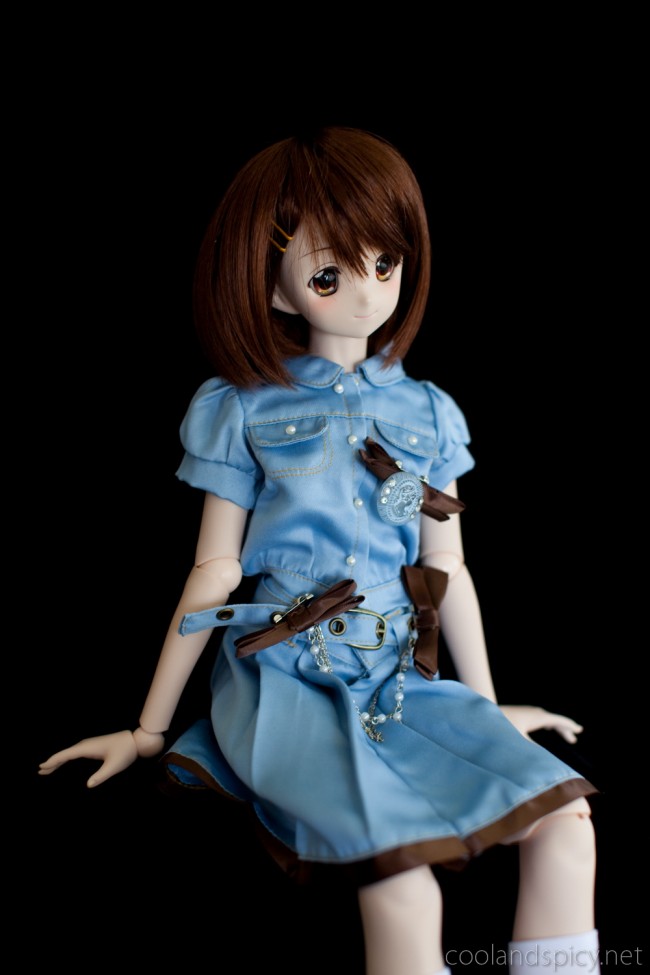 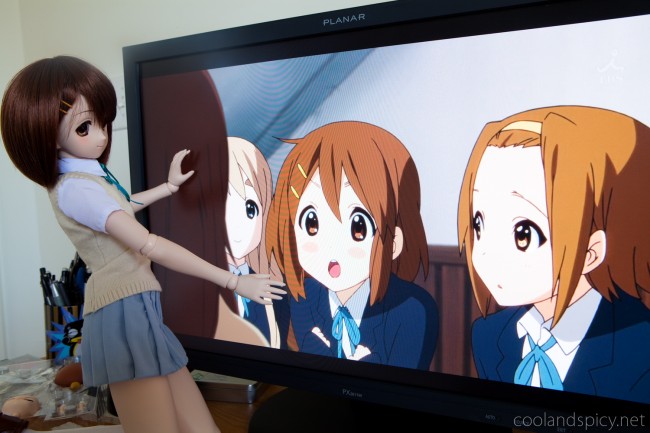 That’s all for now! I absolutely definitely certainly will be posting more Yui photos later.  Expect to see more of her on my blog in the future!

34 thoughts on “A Closer Look at DD Yui”