More K-ON! dolls!  Following the unbelievably cute Hirasawa Yui, Azone has released the next two dolls in the K-ON! series, Ritsu and Mio!  I and just so happened to acquire said new dolls ^^.  Let’s have a look, shall we? 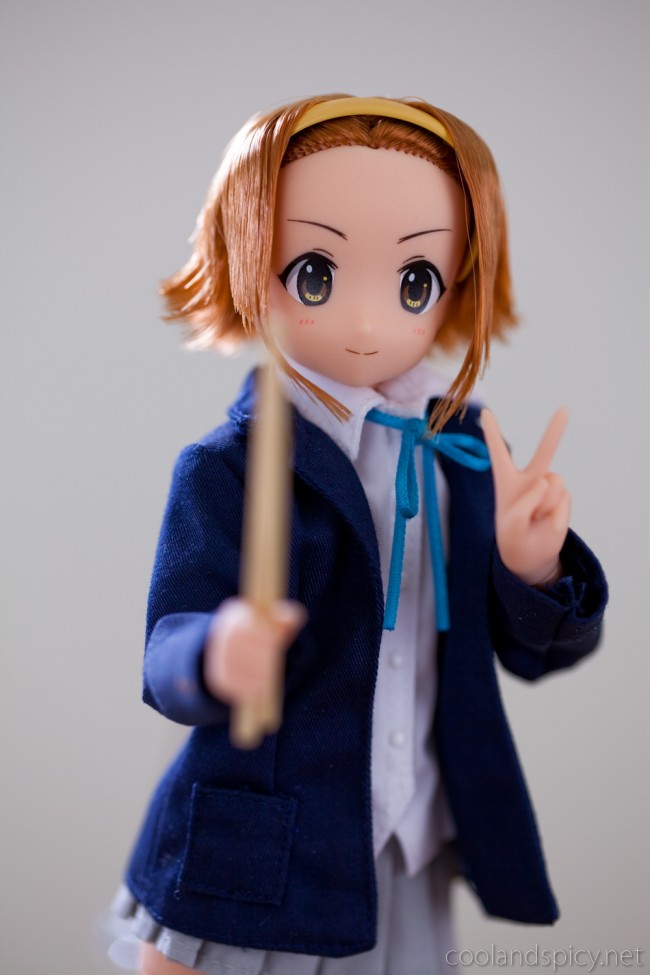 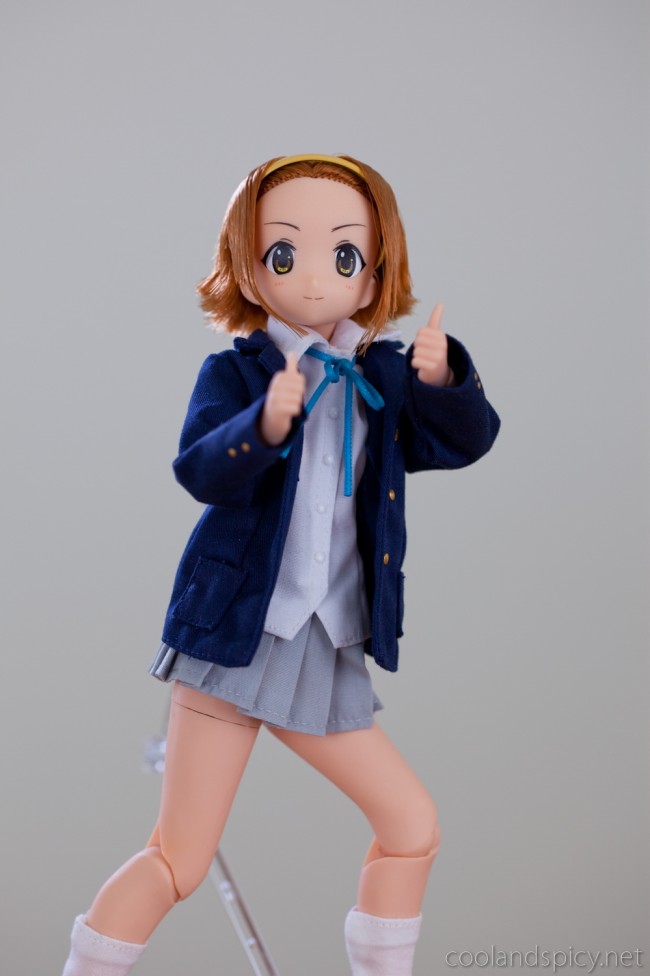 Azone pulled an evil move and made Ritsu a Wonder Festival exclusive item.  Well, not exclusive to the event itself, but she was only sold online at Azonet and TBS ishop.  Had to use a deputy service to order her and ended up costing quite a bit more than Yui.  Not cool, Azone!

Well, aside from that nonsense, Ritsu is great!  She comes with her school uniform like Yui but her’s is slightly different.  Keeping with her slightly tomboyish style, Ritsu has her jacket open and shirt untucked.  In fact, Azone didn’t even include buttons on her jacket so it’s always open xD  And her skirt is really short ^^; 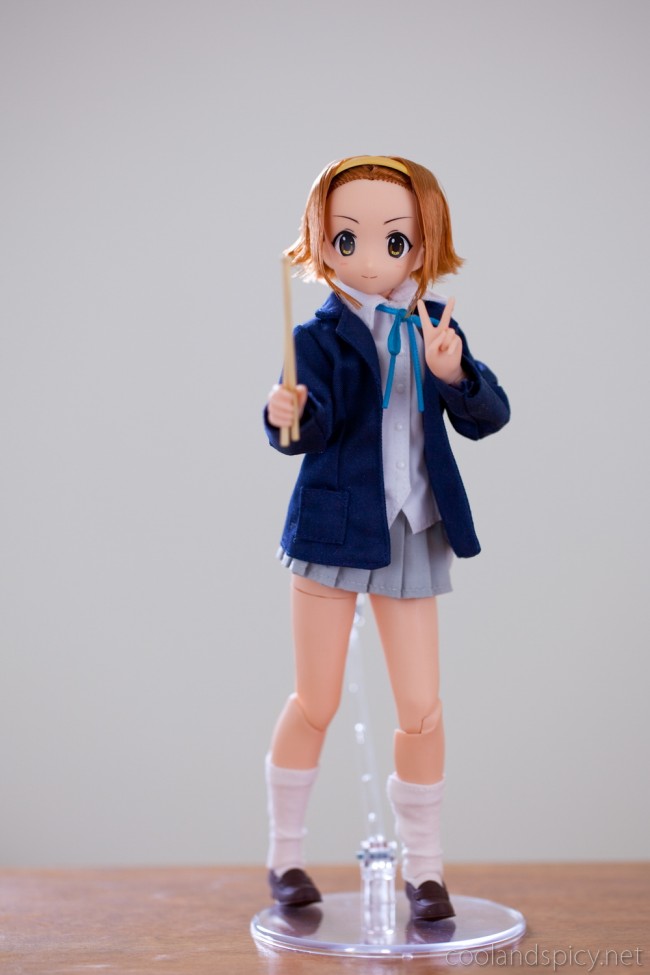 Sadly, no drums were included with Ritsu but they did give me some drumsticks ^^;  She also came with an alternative outfit which you will see a bit further down. 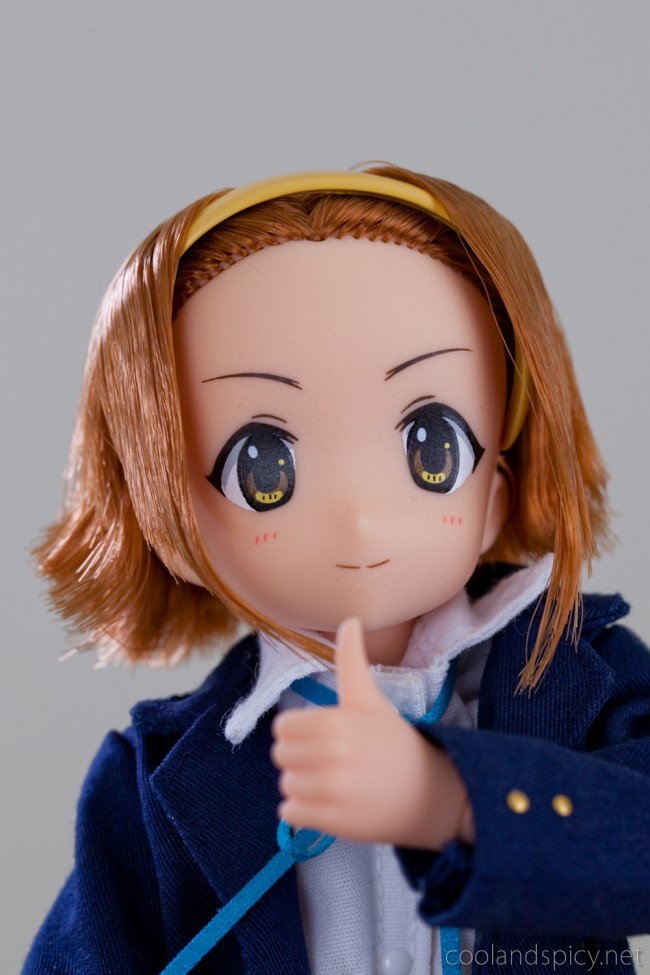 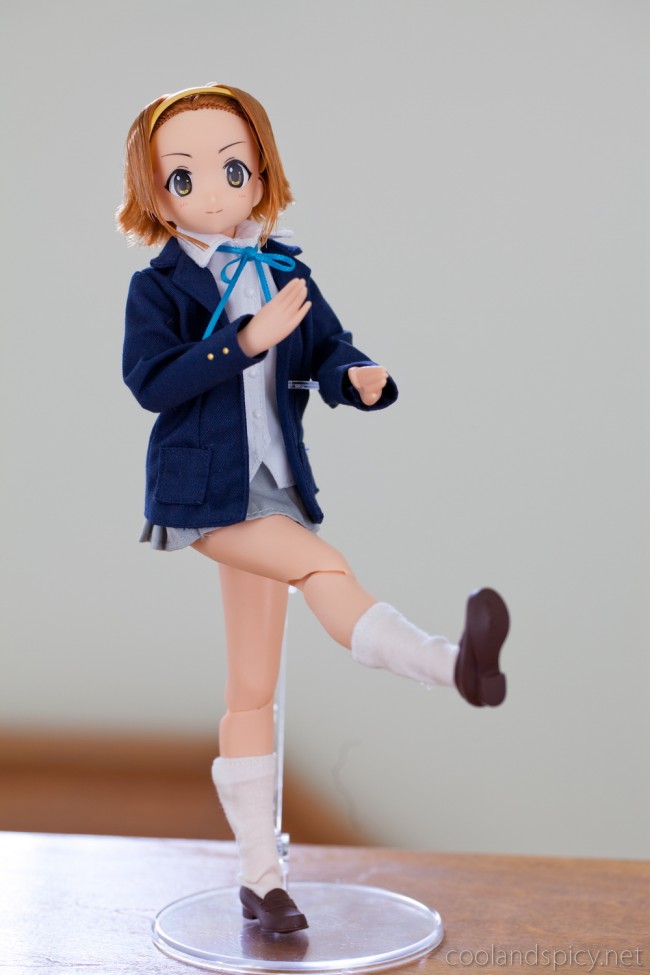 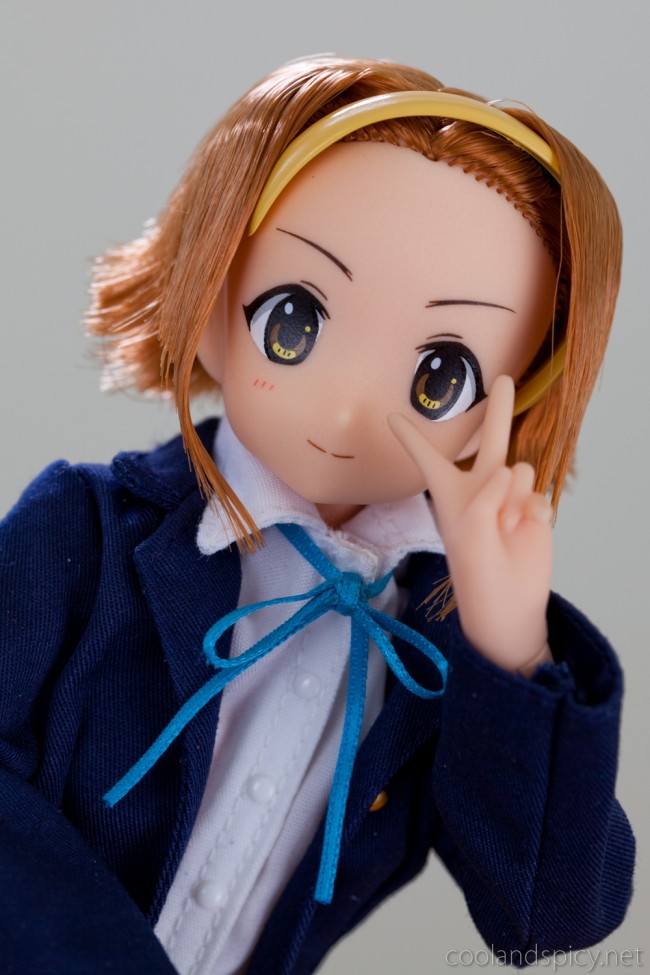 Really liked this photo, but I was so occupied with posing her that I didn’t notice that her hairband was falling off until I was editing the images.  Doh! >_< 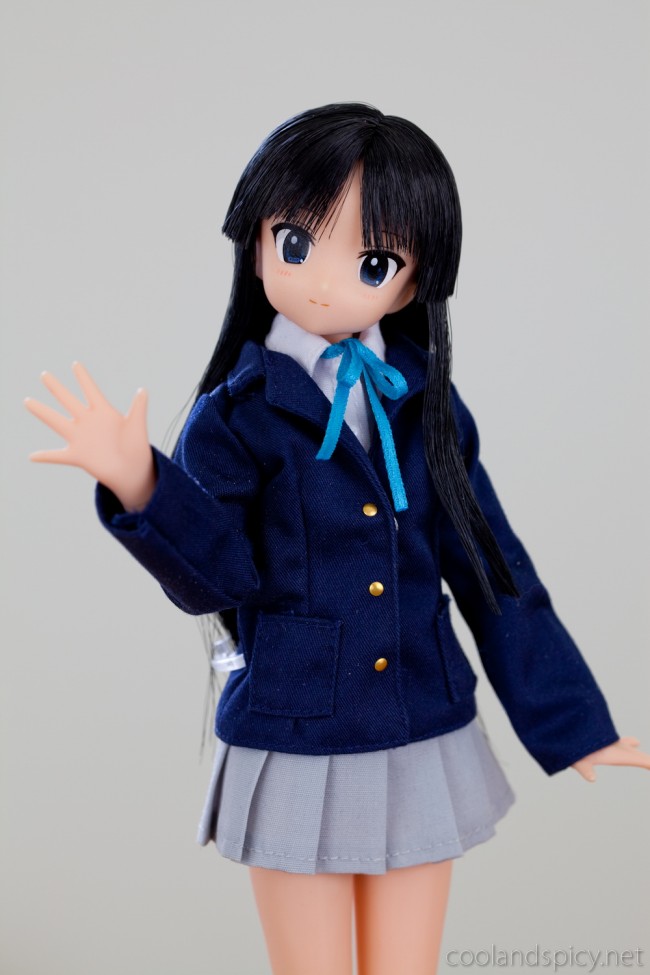 And Mio!  She’s much cuter in person that the pre-production photos made her look.  I like her a lot :3 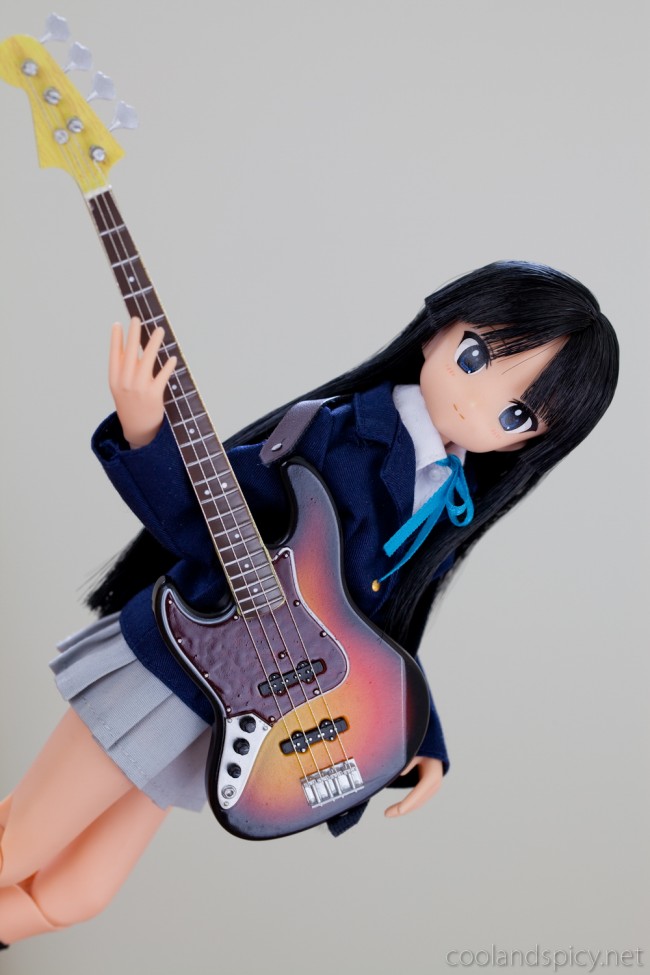 Like Yui and Ritsu, Mio comes with her school uniform.  However!  We also get her bass guitar ^^ 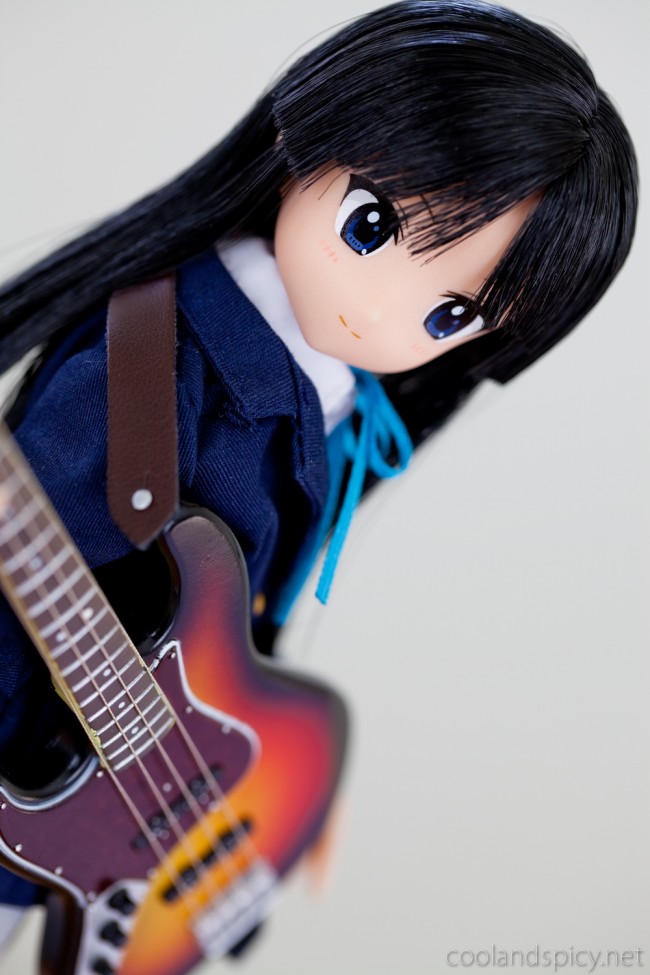 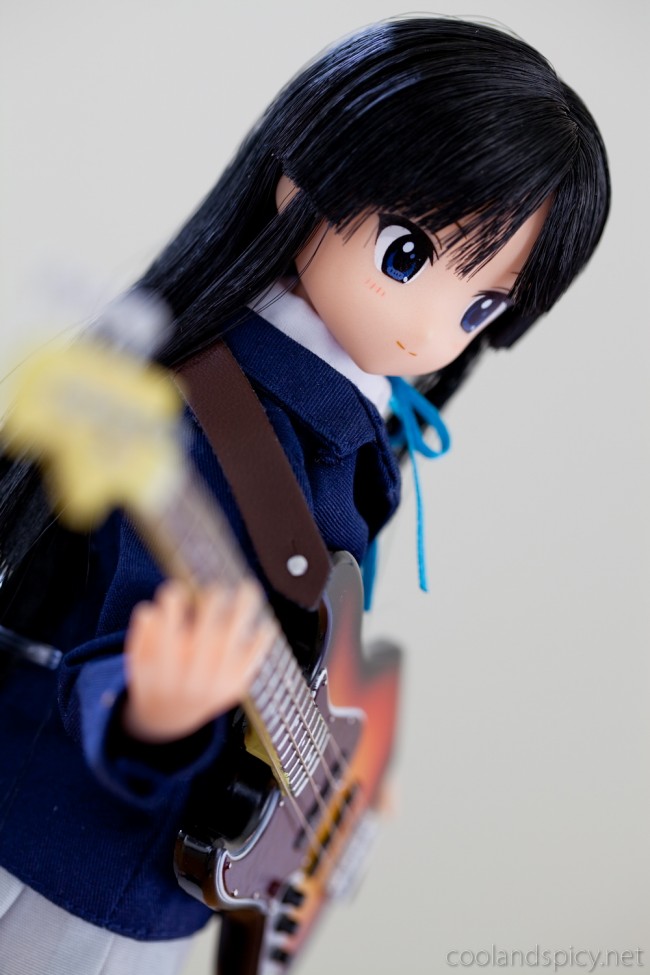 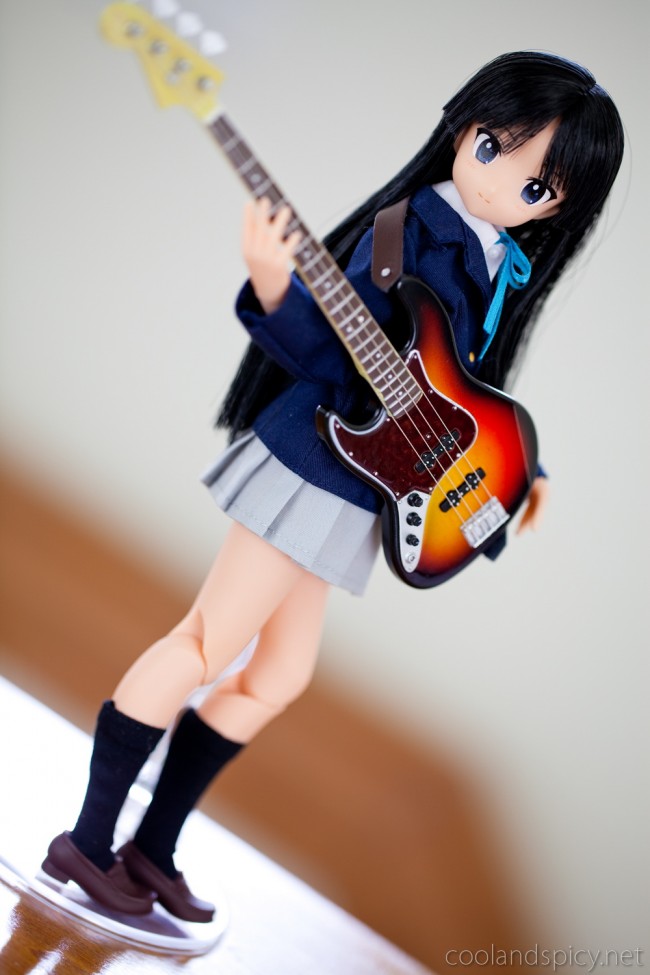 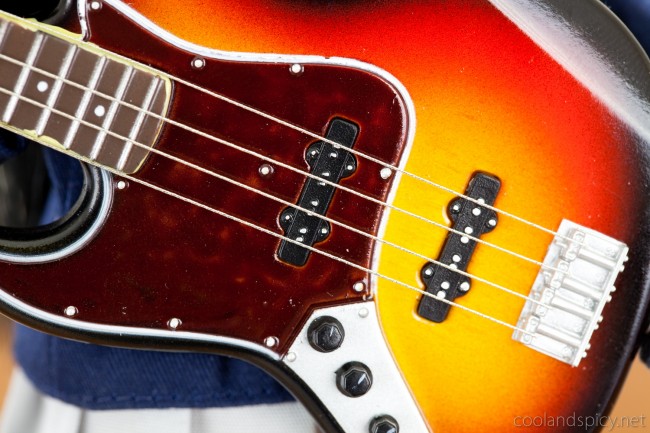 Like Yui’s Gita, Mio’s bass is nicely detailed with real strings and all. 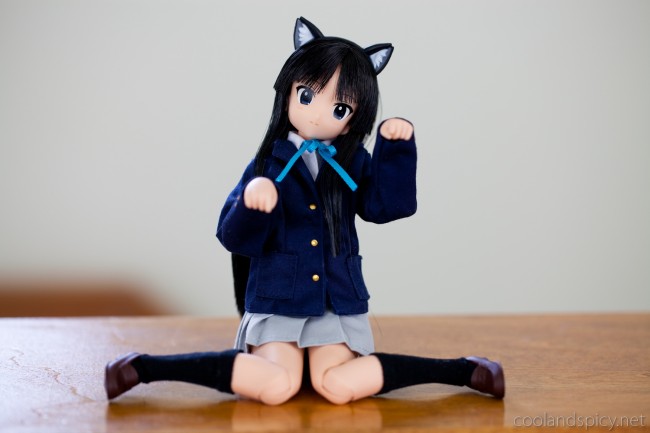 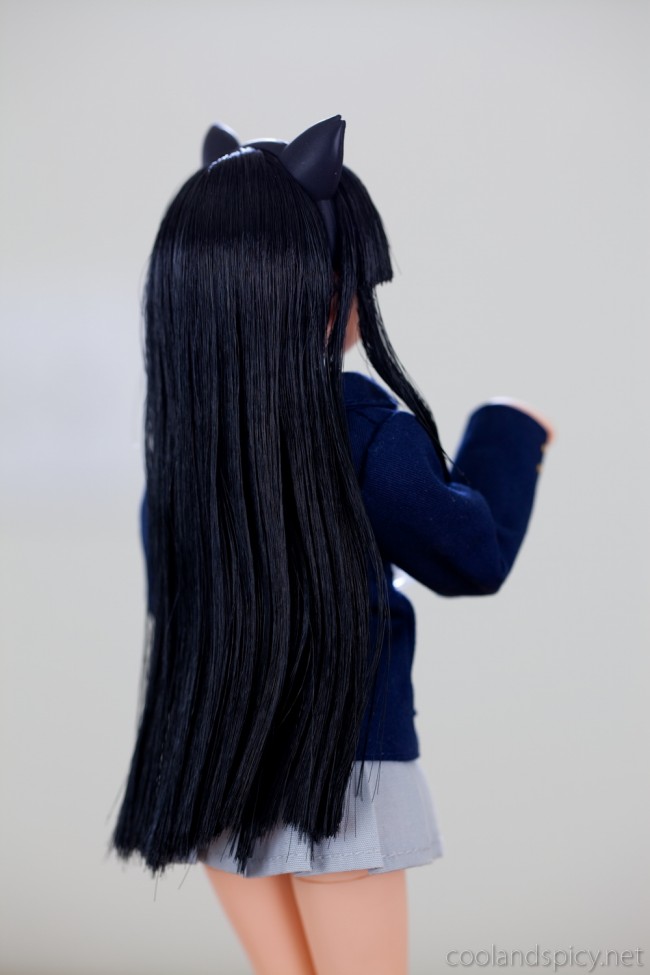 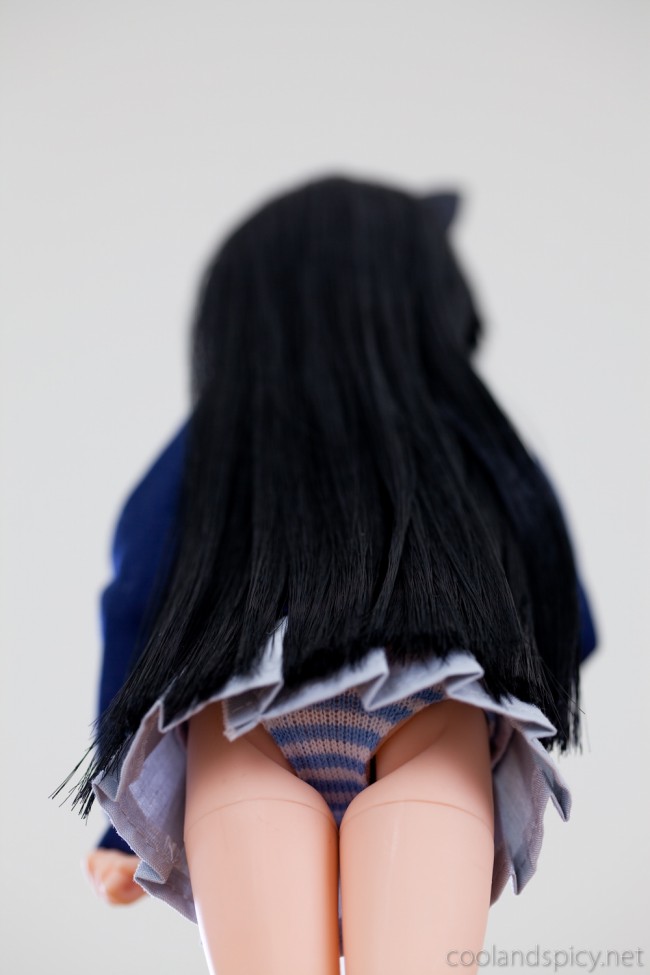 And accurate pantsu too! 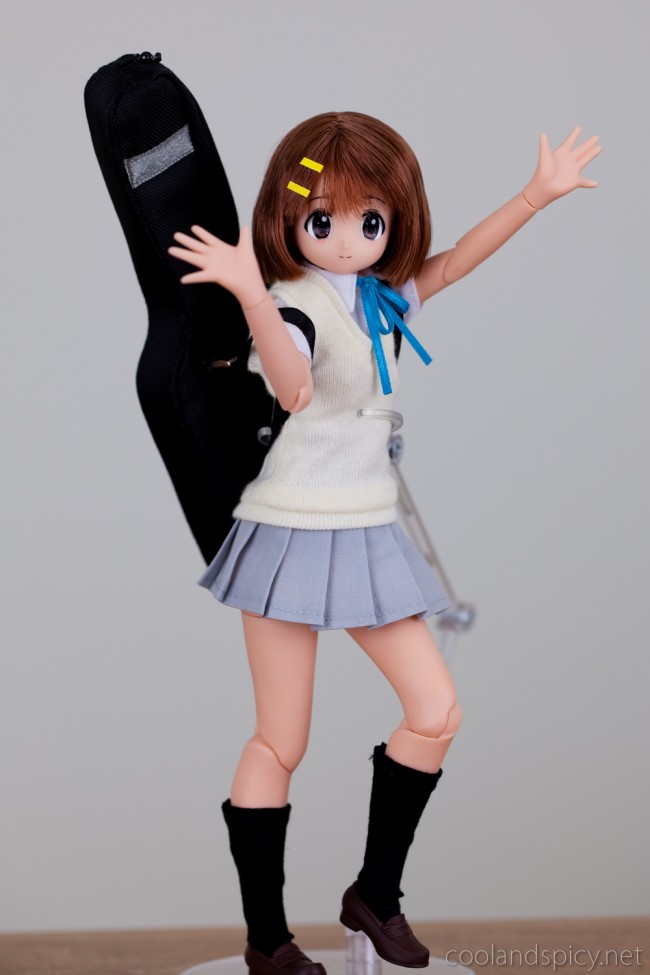 At the same time Azone released Ritsu, they also released some accessories for the K-ON! girls.  One of the items had Yui’s guitar case.

Yes, it’s a real case.  It has a zipper and you can place Gita in it.  The photo above actually shows the bag while Yui’s guitar is inside :) 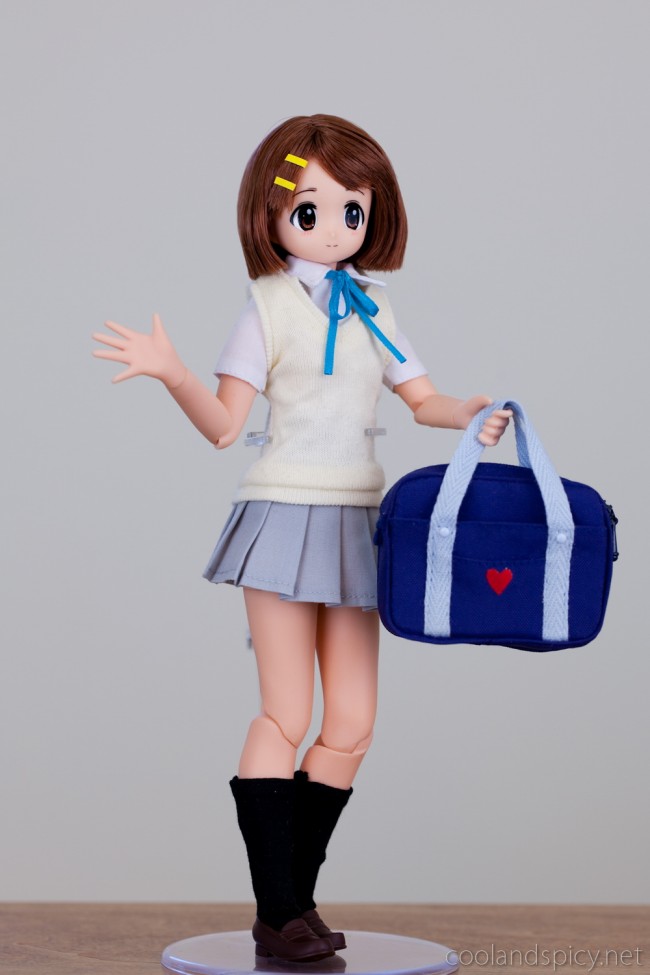 The other item in the bag set was Yui’s school bag. 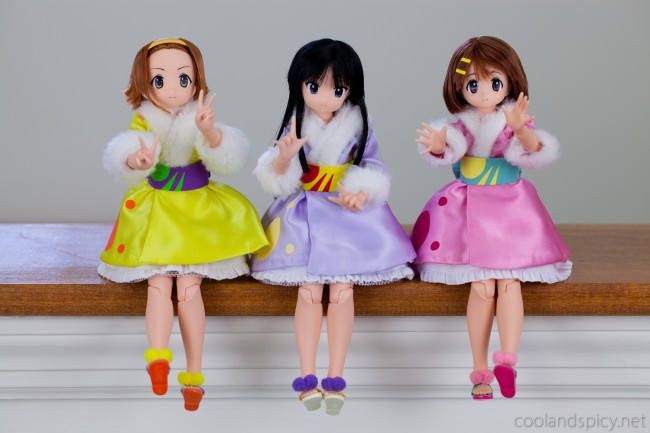 Now on to the really good stuff :D  Remember how I said Ritsu did not come with her drum set?  A bit of a disappointment but understandable considering how large and detailed it would have to be.  Instead, Azone gave us an full, extra outfit for Ritsu.  Her school festival live outfit ^^.

While Ritsu’s live outfit was included in her package, Mio’s and Yui’s live outfits were separate accessories.  I decided to buy them ^^.  They’re fairly well made with a soft, polyester material.  They have fuzzy linings and each comes with a removable sash. 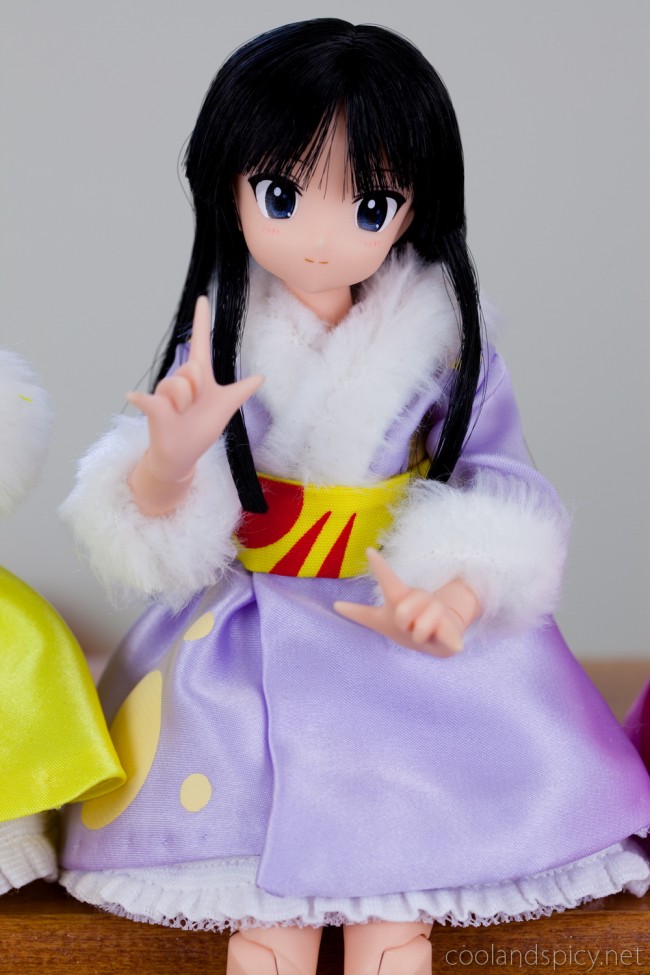 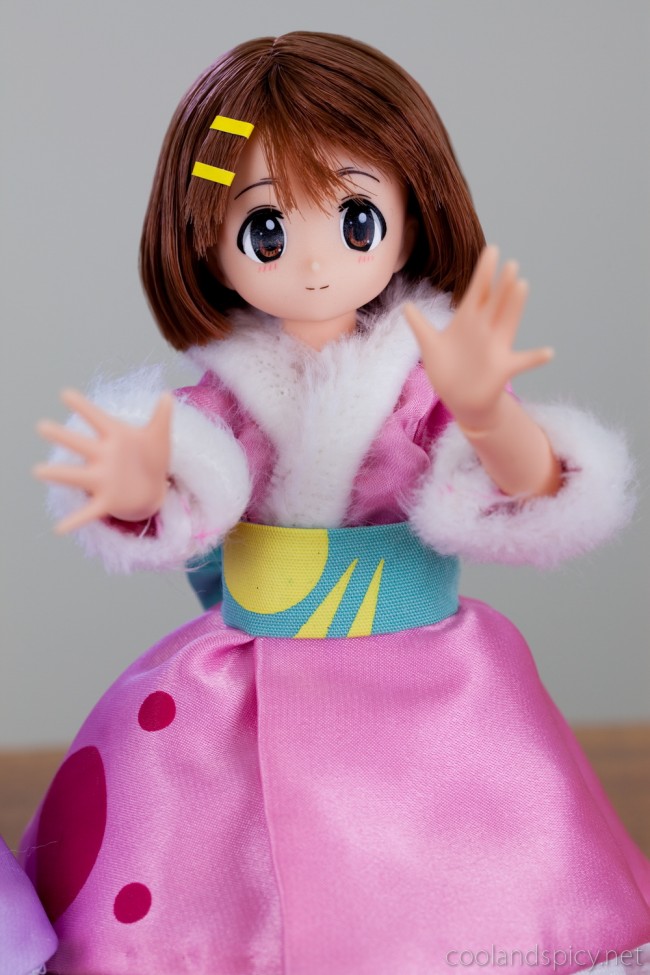 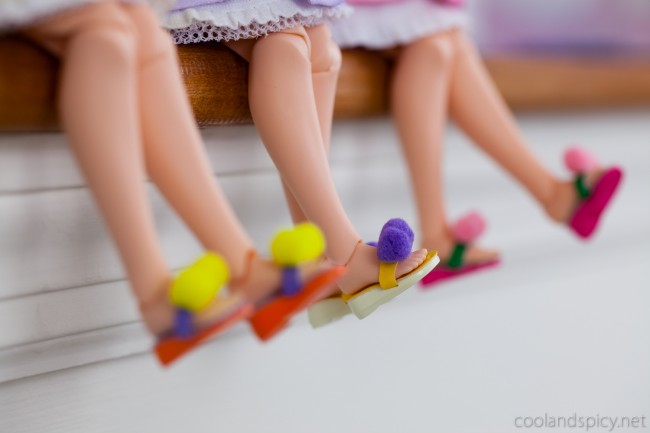 My Azone K-ON! collection is now 3/5 complete.  Only Mugi and Azusa remain.  Unless they decide to release Ui or some of the other secondary characters ^^;  I’m not entirely sure if I will be completing the rest of the set.  As much as I like these dolls, I definitely like Yui the most and Mugi and Azusa probably won’t change that.  Plus, they’re a bit expensive and I’ve been trying to save for other things.  Well, I currently have Mugi on pre-order.  I might just decide to keep it that way ^^;  Hope you liked the piccies.  Until next time!