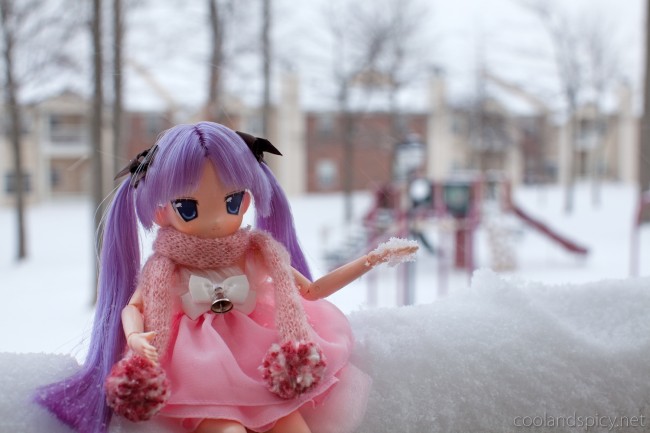 Kagami welcomes the first snow fall of 2010.  She looks kind of cold, I should have gotten her a nice warm coat instead of that pink frilly dress xD

Indiana saw its first snow storm of 2010 and was a big one >_<  Indianapolis area received approximately 6 inches of accumulation in as many hours time.  Windy conditions complicated things with additional snow drifting over once-cleared roadways. 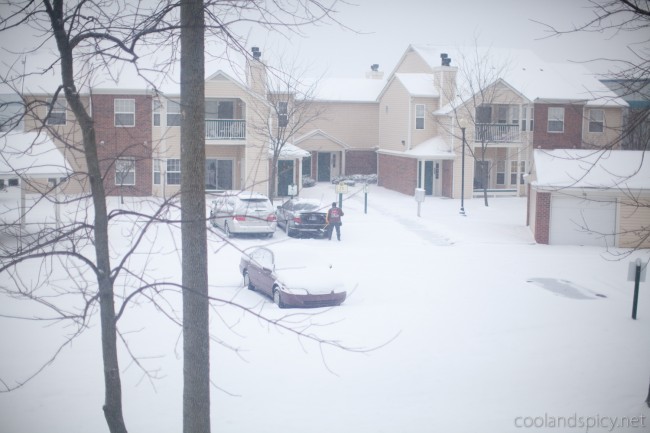 Decided not to risk driving my small, rear-wheel drive car all the way to work so opted to work from home today ^^  This poor guy had to go somewhere and was sweeping snow off his car with a broom xD 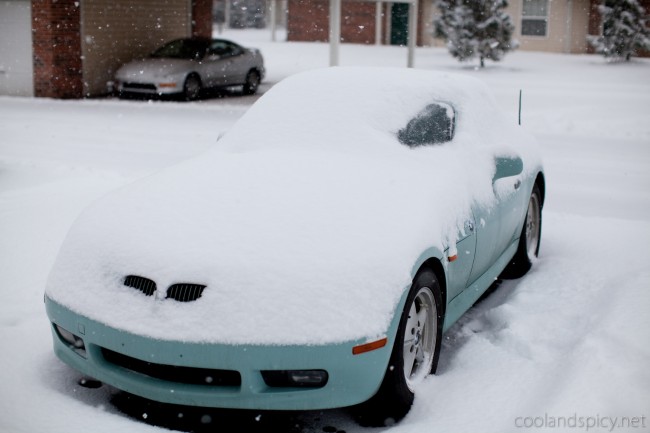 Once it cleared up a bit around noon, I decided to brave the roads just a mile or so to grab some lunch.  I had to find my car first xD 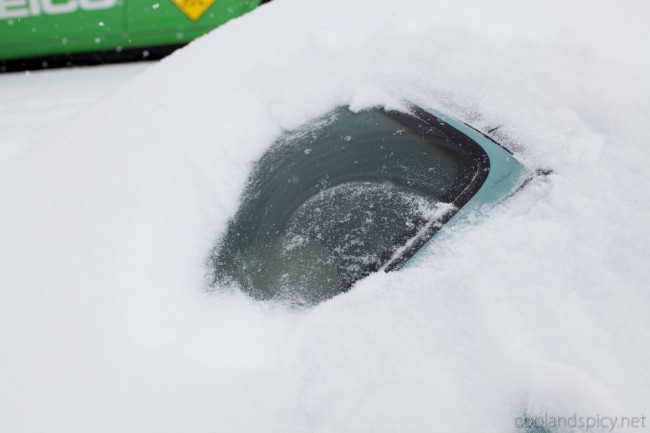 Yes, there really is a car under there ;) 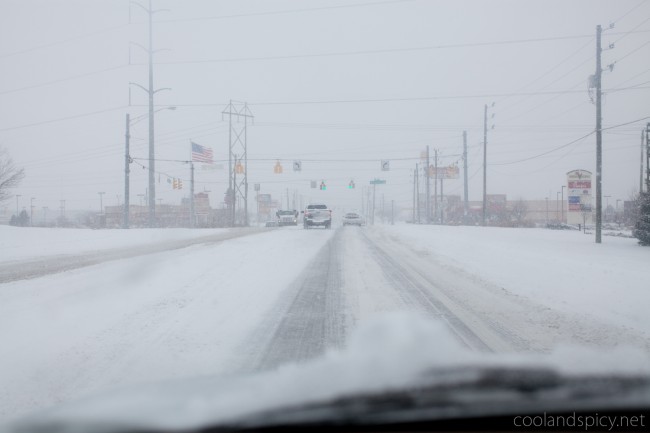 Only drove about a mile down the road but was probably a bad idea.  Road conditions were terrible.  Had to drive 10 mph the whole way but made it back safely >_<  Lesson to learn: Don’t drive in snow!

Anyone else getting buried in snow too?

11 thoughts on “First Snow Fall of the Year”