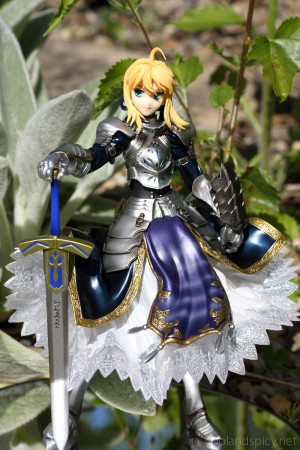 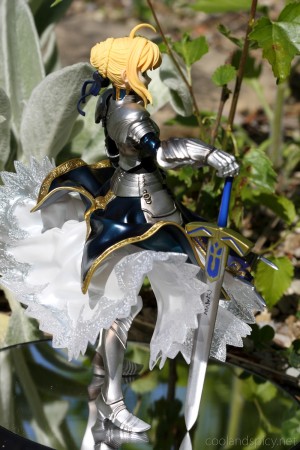 Gift is a relatively new figure company but they seem to be doing a pretty decent job right off the bat. 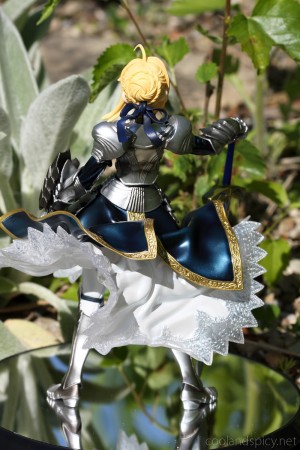 I will need to look out for more figures by them ^^ 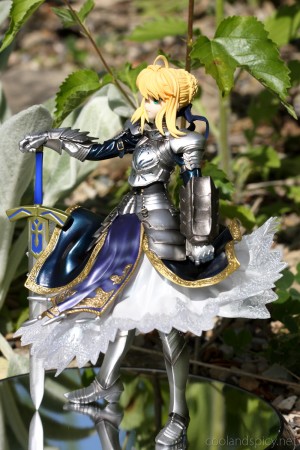 Commendable sculpt quality and a highly detailed outfit.  Better than some figures I’ve seen by companies such as Clayz and Wave ^^; 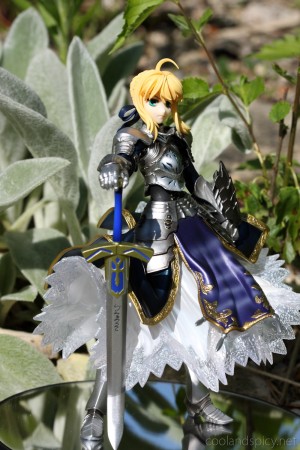 I actually bought this Saber figure before I had watched Fate/Stay Night.  Although I hadn’t seen the anime, I was aware of the game and the general plot.  Is it odd to like a character from a series you’ve never watched or played? ^^;  I’ve since watched the anime and my initial fondness for Saber proved to be well-placed.  She’s a great character ^^. 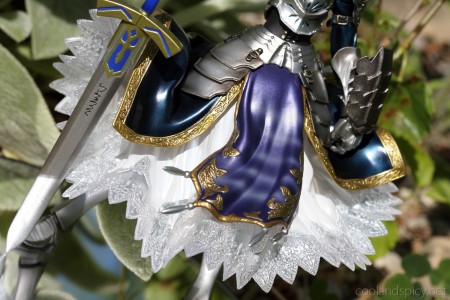 Saber is outfitted in skirt and full armor. 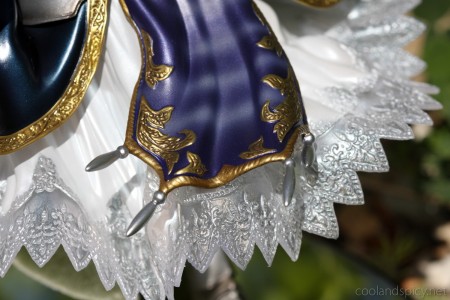 The detail on her skirt is impressive, especially on the semi-transparent white lacy part. 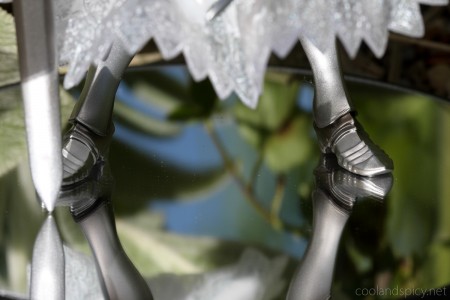 Photos taken outside in a garden.  Probably should have blurred the background more but still a nice setting. 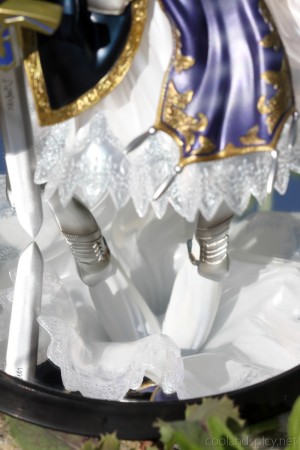 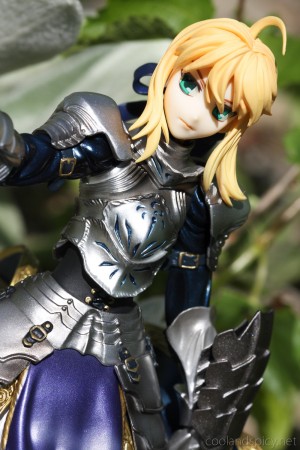 All handheld shots.  Thanks to the sunny conditions, there was enough light that I was able to use sufficiently fast shutter speeds with my macro lens. 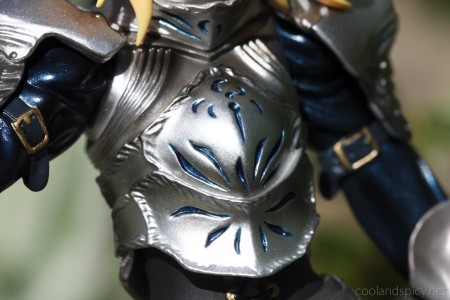 Saber’s armor is skillfully modeled and is perhaps the most attractive feature of the figure. 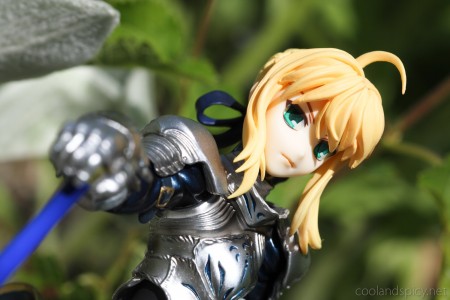 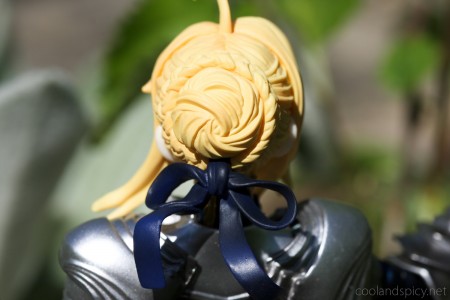 Of course, gotta have the trademark Saber hair bun + ribbon! 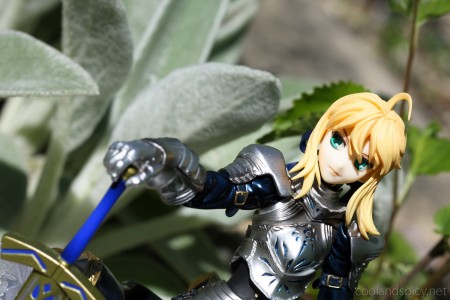 While natural sunlight is great for photography, you don’t have any control over it aside from the time of day.  In other words, just ignore the shadow on Saber’s face ^^; 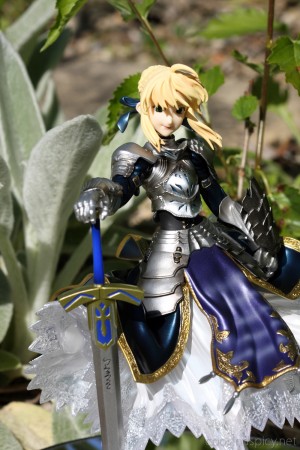 Gift opted to provide two faces for Saber: The familiar anime-style face and a more realistic face.  Totally not a fan of the “realistic” face.  The eyes, the nose, even the mouth… they all just seem off >_< I will be keeping the anime face on my Saber. 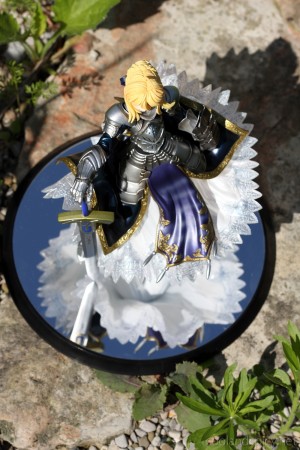 Shiny mirror stand.  A bit more appealing than the normal dull plastic stands that most figures come with.  It tad larger than it should have been though… 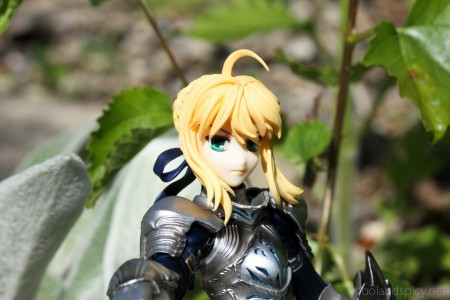 A great figure by new figure company, Gift.  She comes with two faces, though only one is worth using.  Awesome armor, detailed lacy skirt.  Considering the great deal I got on this figure, I’m quite satisfied.  Even at full price, this figure would have been a good buy as it is well made overall.

More reviews of this figure: WAWAWA 忘れ物, HappySoda, ELTWorld, Flying Pussyfoot, Dancing Queen, Nest of the Fledging Otaku.  This isn’t a new figure so I probably missed a few more…