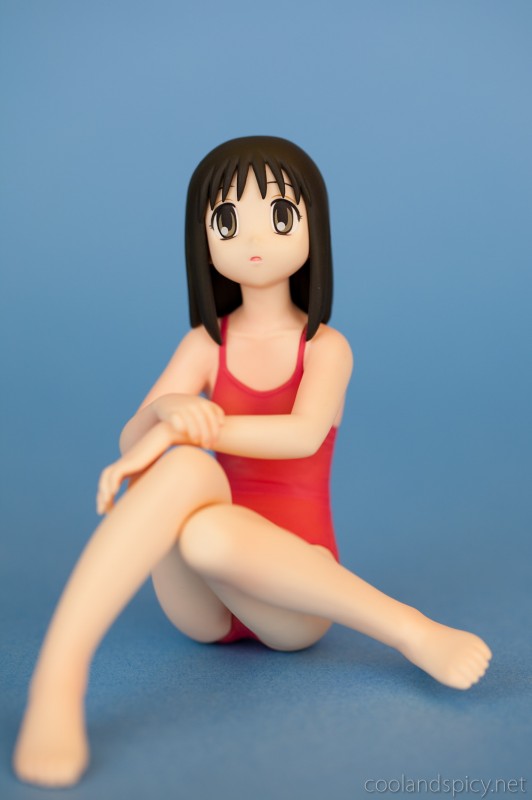 Hmmm, I’m not doing a very good job at keeping up with figure posts ^^; Well, these arrived about a week ago so they’re not that old ;) 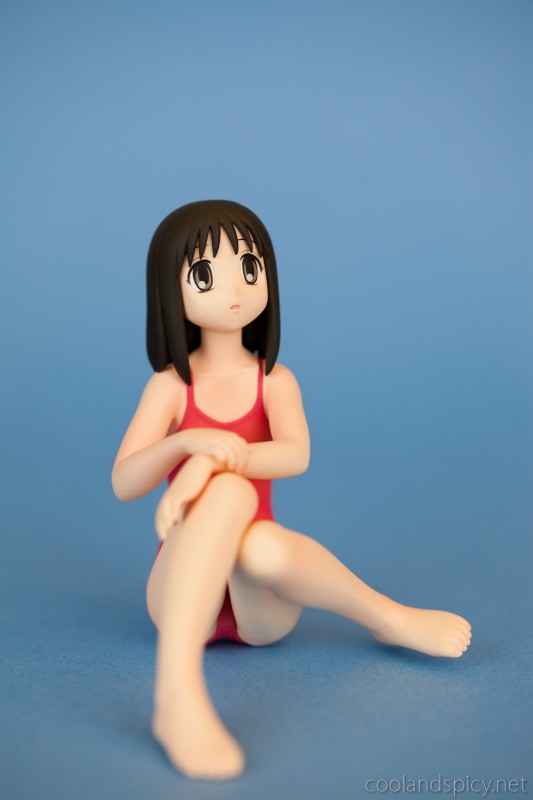 What we have here is Osaka and Sakaki from the excellent 4koma and anime Azumanga Daioh by Kiyohiko Azuma.  The 4 paneled manga was released from 1999 through 2002 and an anime of the same name aired during 2002.  If you’ve never heard of Azumanga, you’ve probably been living under an anime rock (what are those like?).  Anyway, the manga is probably better than the anime, but both are great xD. 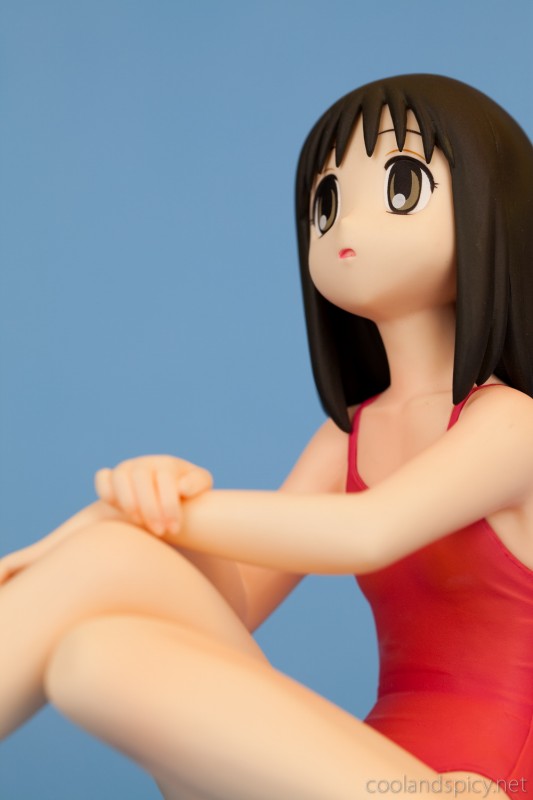 In this 1/7 scale figure series by Kotobukiya, the Azu girls are all donning their favorite swimsuits.  Osaka here prefers her red one piece suit.  She kind of has a zoned out look to her, as she seemingly stares off into space.  Of course, if you know Osaka, you also know that this is not entirely unlike her xD 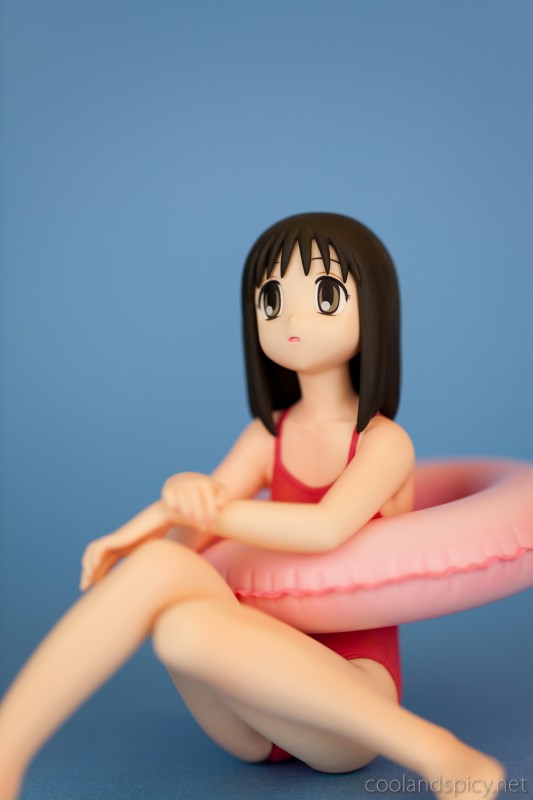 Osaka has an optional water float that you can put around her.  Her legs are removable and must be taken off to put the float on. 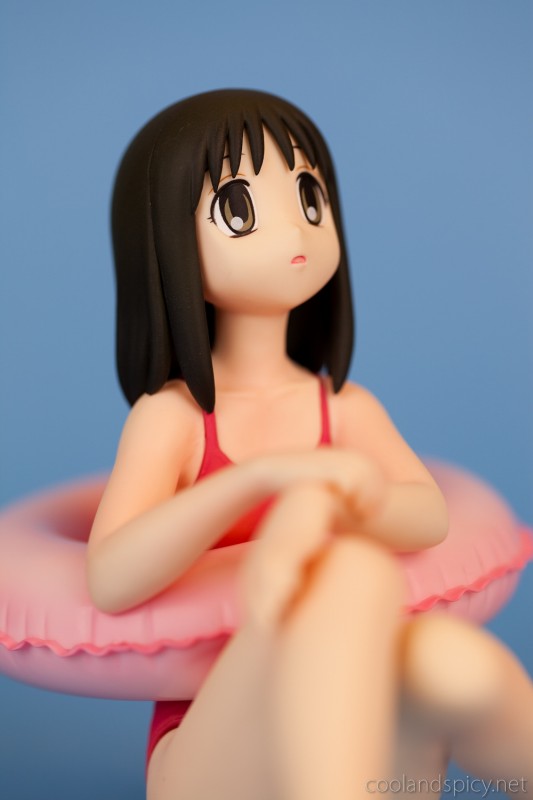 I think Osaka looks incredibly cute from this angle ^^ 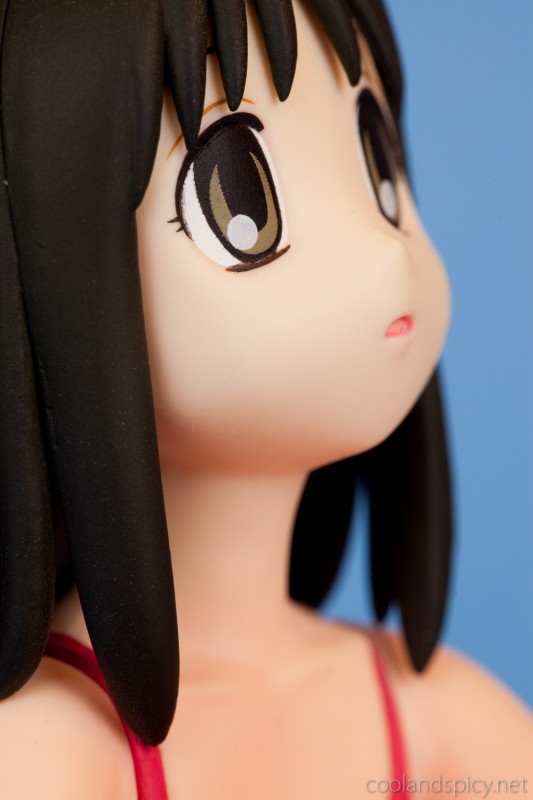 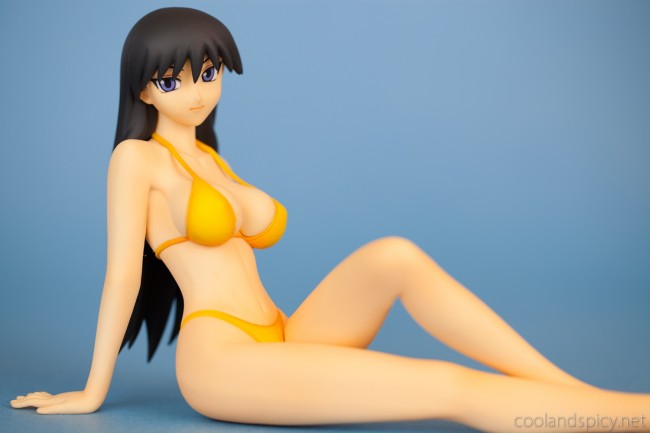 Released alongside Osaka is the fan-favorite Sakaki.  Never has there been such an difference in, ahem, physical stature xD  Poor Osaka is as flat as a board ^^; 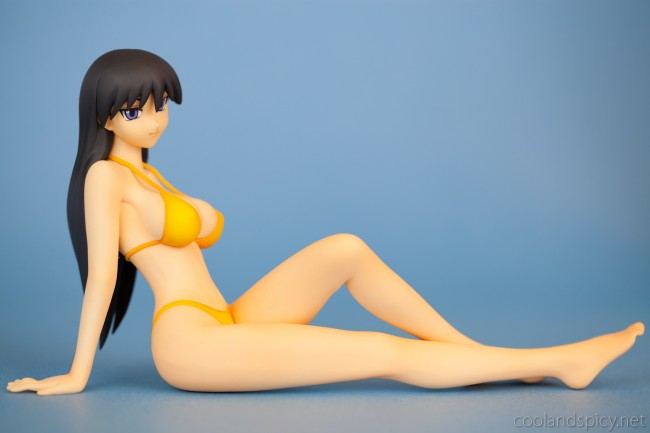 Sakaki has a rather small yellow bikini on and is catching some rays.  Quite nice ^^ 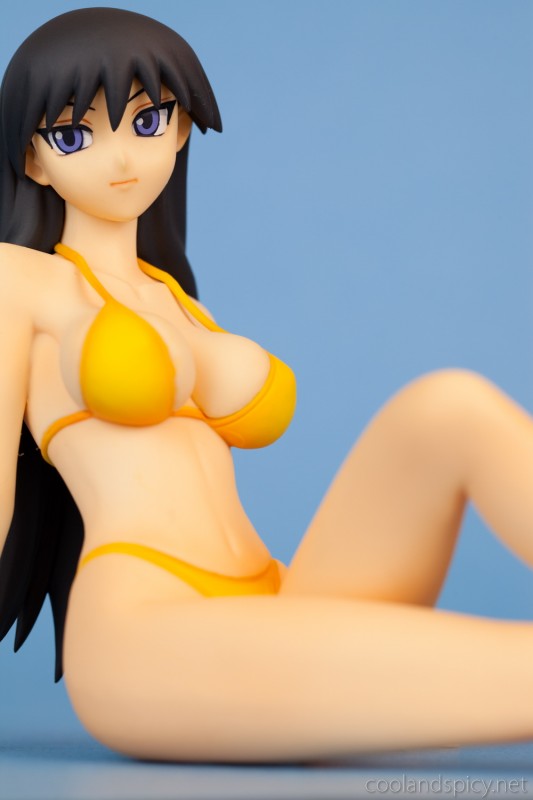 Sadly, however, the build quality of these two figures is a bit lacking.  Osaka, for example, does not really fit her water float.  When I tried to attach it, her arm and hand do not rest where they should.  Instead you get a big gap between her hand and her leg, when her hand should be resting comfortable on her knee.  Also, Osaka in general is not balanced correctly.  With or without her float, she does not sit level on both legs.  Her right extended leg is lower and causes her other leg to hang a bit above the surface on which she is placed.  Also, when you put her float on, her legs don’t give enough room for the float and as a result don’t fit entirely back into their sockets, leaving a small seam. 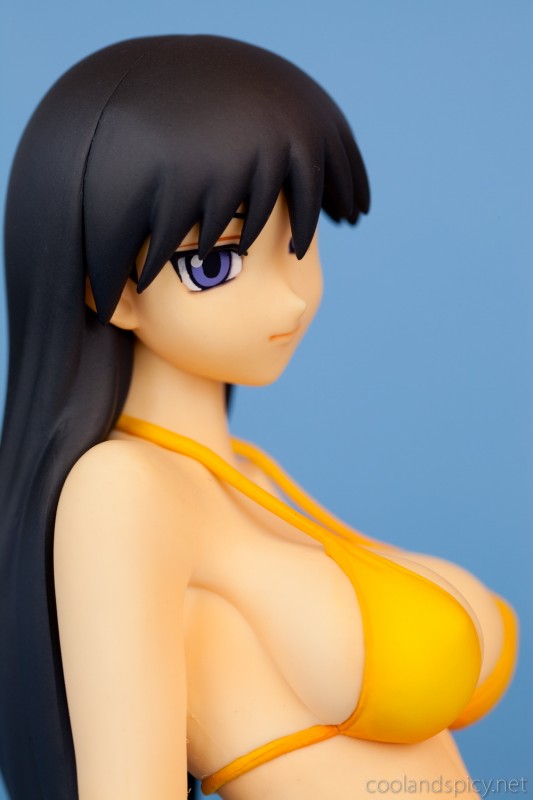 Sakaki also has some problems.  While she does lay level on a surface, the molding quality (or lack thereof) seems more apparent.  Although these figures are in swimsuits and thus have minimal clothing details, the edges on Sakaki’s bikini is quite rough in some areas, especially on the bottom piece.  Also, Sakaki’s more skin-exposing suit reveals some flaws in the skin tones.  Both of the figures have a very white skin tone, which certainly could have been the desired look, but some parts of Sakaki’s skin looks a bit rough, almost as if it were scuffed.  Also, Sakaki’s hair design is extremely simplistic (overly so). 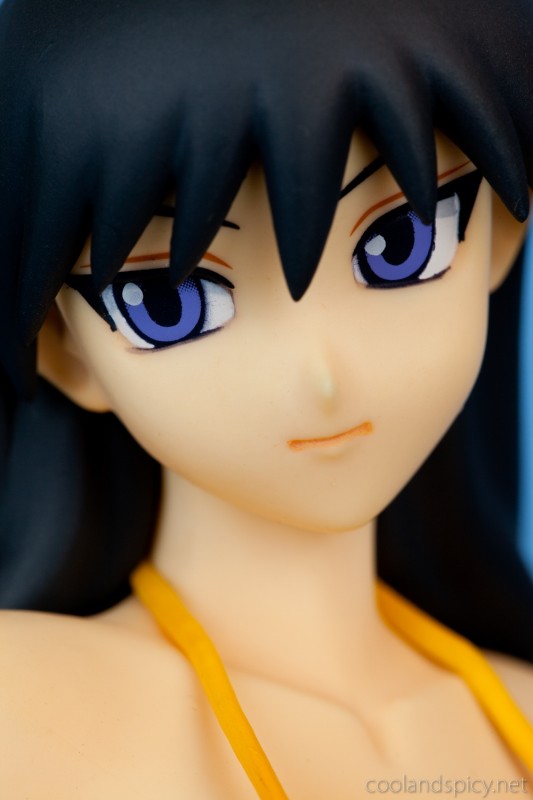 Don’t get me wrong, these figures are not horrible, they’re just not high quality ^^;  And seeing as how there’s not many Azumanga Daioh figures around, they’re still a bit unique.  Plus, they were pretty cheap!  Scored Osaka for 3,840 yen and Sakaki for 4,650 from Amiami.  If you like Azumanga, you want want to pick them up.  Kotobukiya is releasing Kagura soon and I’m betting more of the Azu girls will follow.

Speaking of Azumanga, I still need to read the new parts Azuma wrote for the anniversary edition.  And I still need to pick up Yotsubato! vol. 9.  Love that series ^^.  Maybe I should get one of the Revoltech Yotsuba action figures?

13 thoughts on “Osaka + Sakaki by Kotobukiya”