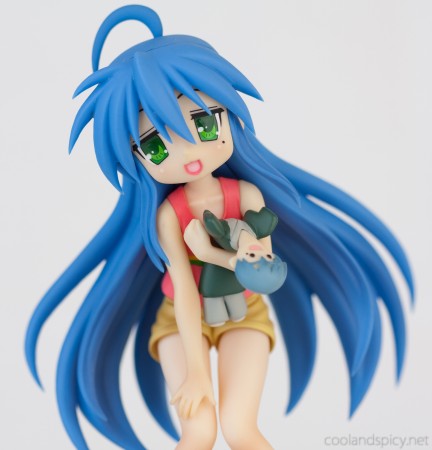 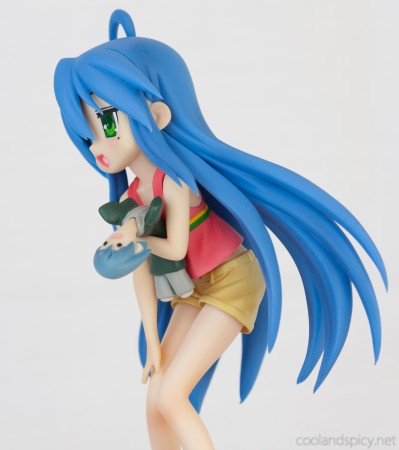 Soujirou’s hobbies have no doubt influenced Konata into becoming the cute, little moe otaku that she is as well. 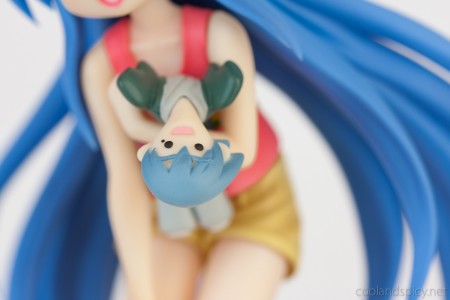 こな父！Konata shows her affection for her dad with a cute little plushy modeled after him (Soujirou).  This miniaturized kona-chichi doll is actually a bonus of the Soujirou set. 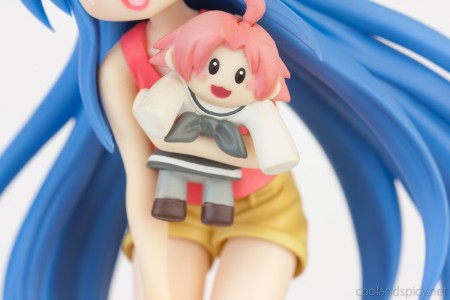 Buying Konata individually would normally only get you this cute little Akira doll for Konata to hug, but you get both with the Treasures of Soujirou Set..  I didn’t notice until much later that the little ahoge on Akira’s head was adjustable ^^; 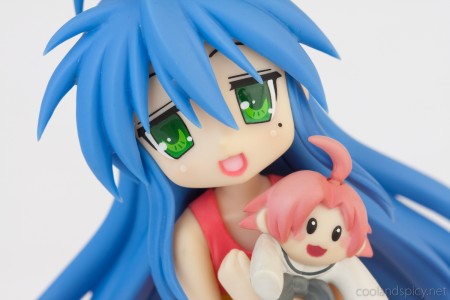 Macro lens really shows the imperfections on figures, especially with smaller ones such as this >_< 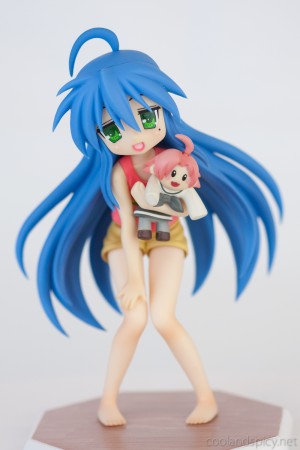 As you can see, I used a white background for this photo shoot.  I experimented with a near black background last time with my FREEing Konata and was interested to see how white would turn out.  Actually, it’s more off-white as pure white didn’t look quite right.  I considered building a light box for this but instead just used a 1.5 meter piece of white fabric.  Seemed to work pretty well though small folds in the cloth are visible in some of the photos. 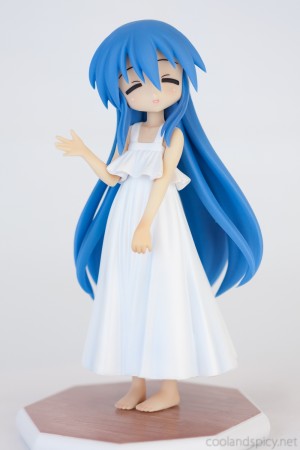 The other figure in the set is Kanata, Konata’s mom.  In the Lucky Star story, she passed away when Konata was an infant. 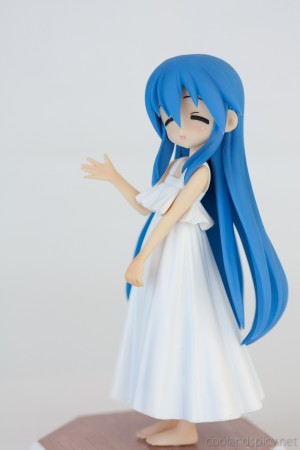 Although Kanata is only shown in memories and dreams in Lucky Star, I still feel like she is an important character.  I get the impression that Kanata is still watching over Konata and Soujirou, making sure they don’t get into too much trouble.  Or play too many video games :D 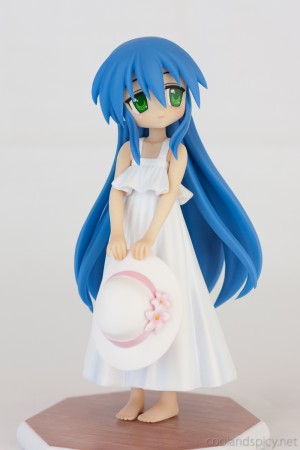 You can certainly tell where Konata got her cute looks ^^. 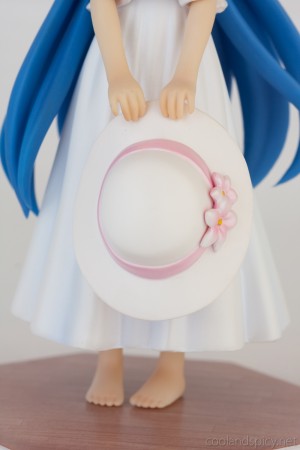 Kanata is dressed in a white, light sundress and a summer hat decorated with flowers.  Her bonus accessories in the set are an alternate laughing face and a waving arm in place of the hat. 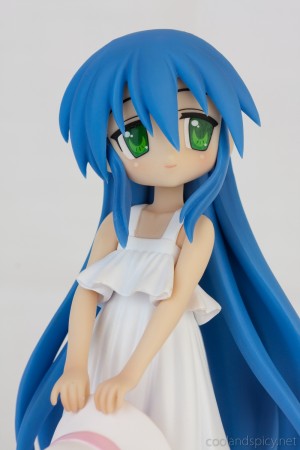 Soujirou was a lucky guy to have such a beautiful wife! 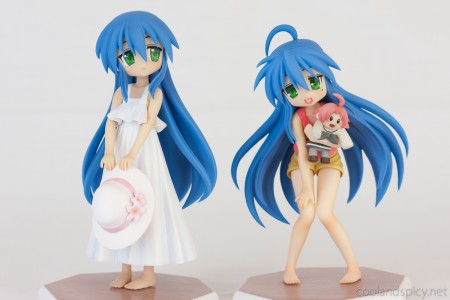 Mother and daughter together ^^.  Can’t help but notice both are barefoot.  You don’t see that too often with figures and I think it’s pretty cute :) 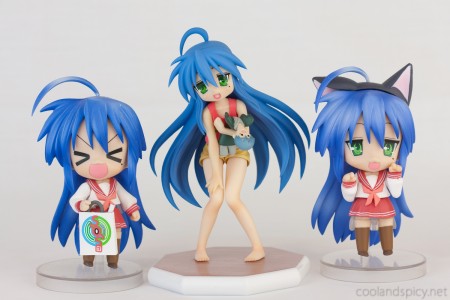 A nice little set of Lucky Star figures but probably won’t be enough to tempt the casual Lucky Star fan.  Not that Wave did a bad job, the figures are pretty decent quality but their size was a bit underwhelming.  They are non-scale but are probably close to around 1/10 scale in height.  Also the set was a bit pricey at 9,500 yen.  Although the set does come with two figures and some accessories, for figures of this size, they should have been priced lower.  Aside from the price and size (!) I don’t have much to complain about.  They’re both cute figures and that’s what really matters to me ^^