Just a quick look at a huge delivery of artbooks that came in recently.  Just in case anyone thought I stopped collecting artbooks and was going to just focus on my new found love of kawaii figures… think again ;)

Actually, this is about 8 months worth of artbooks on my “Wish List” that I finally got around to ordering.  I had some extra money left over from Christmas gifts and decided to put it to good use.  Most of these artbooks were ordered back in January but since I’m incredibly cheap, I chose surface shipping for the bulk of them.  That plus my relatively frugal spending on C75 goods allowed me to put more funds to official artbooks. 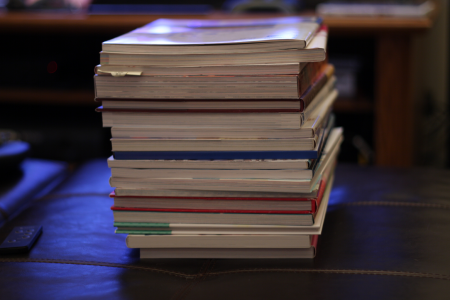 Expect more info on each of the artbooks here over the next week or so.  Considering the large number of books here, I won’t be going into great depth, probably an overview and a few sample scans of each.  Check back in a day or two for the first batch ^^