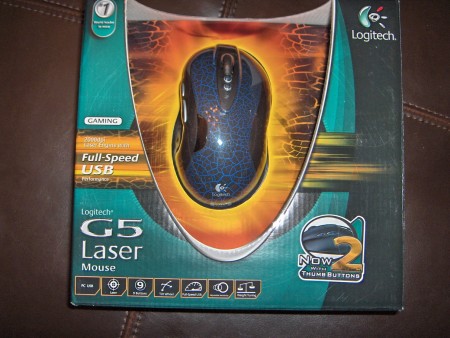 Recently, I was forced to upgrade my desktop’s mouse.  Due to an untimely and unfortunate event, my previous optical mouse, a Logitech MX518, ended its long service to anonymous_object.  I believe I bought that moue a good 3 years ago while in college.  Anyway, how did it die?  Well, that’s an interesting story…

The room where I keep my main computer has thick carpet and I was lounging on the couch watching some Starship Operators when I got up to quickly check my email.  Due the unbreakable laws of physics, walking across this carpet electrically charged my body and when I reached down to grab my mouse, a bolt (no, really) of static electricity arced from my finger to my poor mouse.

Apparently, the charge was strong enough to run through the mouse, into the USB cable, and was enough to crash my computer.  Luckily, my motherboard, CPU, and other important brainy parts were spared.  However, my mouse was not so lucky.  After restarting my computer, I found that one of the buttons on the mouse had been burned out.  I opened it up to see what was wrong but I only smelled burnt electronics (not a good smell).  So, I had to buy a new mouse :( 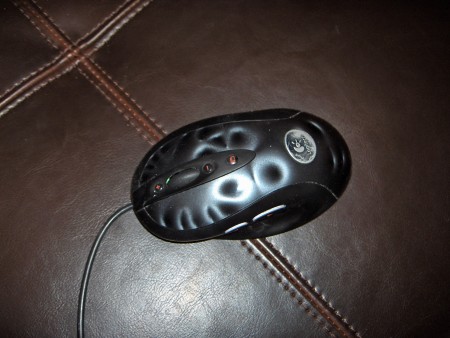 You have served me well T_T

I decided to go with something more than just plain old optical, so I opted for the Logitech G5.  It’s the same form factor as my previous MX518 which I liked very much and it used laser technology so it seemed like a good match.  Admittedly, it’s not wireless but for a desktop, I didn’t think it was necessary and swapping batteries every week or so would be annoying. 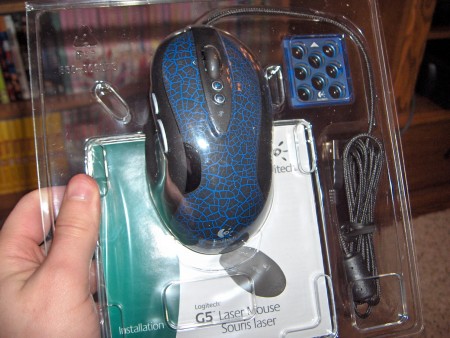 The G5 comes with adjustable weights you can set it just how you like.

Laser mice use an infrared laser diode instead of a normal LED to illuminate the surface it is on.  This provides laser mice with much higher accuracy compared to normal optical mice.  After hooking this baby up, it feels smooth as silk.  Of course, my MX518 was quite smooth as well, but motion on a laser mouse just feels better. 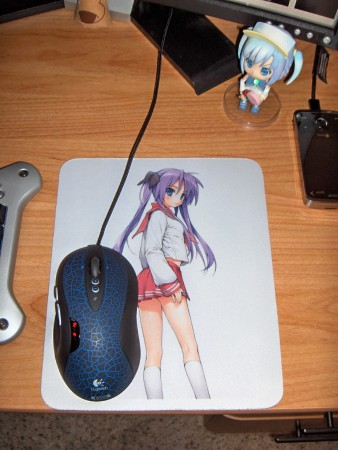 Kagami doesn't know what to think of this new mouse... Ink-tan stares...