I’ve always been a fan of RPGs and since (re)discovering Bioware’s amazing storytelling arts in the original Mass Effect I’ve been hooked on their games.  I never got into Baldur’s Gate when it was originallyreleased and thus didn’t pay attention to their games for many years.  Perhaps my tastes changed over the years or maybe I prefer their current 3D platform, but in any case I’ve come to expect quality from Bioware as in Dragon Age from a few months back.   I’m glad to say the recently released Mass Effect 2 does not disappoint either ^^ 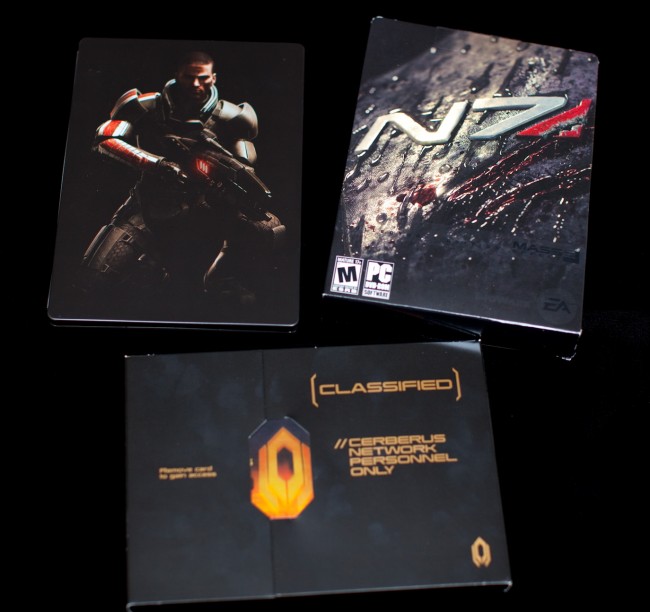 While I do have a 360, I chose to go with the PC version because not only do I have Mass Effect 1 on PC, I prefer PC controls over a console gamepad.  Mouse+keyboard is still tops for me!  Unfortunately, it seems Mass Effect 2 was designed primarily for console gamers in mind and the PC version seems less polished than it’s predecessor.  A lot of owners have complaints about mouse sensitivity, crashing, and other problems.  Personally, I’m very annoyed with the lack of mouse scrolling ability in-game.  Mass Effect 1 had this but it seems it was dropped from ME2.  All menu scrolling has to be done manually.  Come on Bioware!  Scroll wheels have only been around for like 15 years now =P

Aside from these technical problems (which I’m hoping will be addressed in a patch soon), the game is pretty satisfying ^^.  Bioware did decide to go with a more actiony feel to the game this time around.  While it does retain RPG elements with a deep, engaging story and characters, the combat system has been entirely revamped.  It feels much more like a shooter with RPG components blended in.  The health system is now like many FPS games in that you regenerate health if you take cover to allow your character to recover.  The classes have been overhauled as well, with each type only being able to use certain weapons and powers.  It has taken a bit of time to get used to but I don’t think it’s bad.  It’s just different.  Bioware is obviously trying to target non-traditional RPG gamers (like console FPS fans).  The end result is a combat system that is much faster paced, edgier, and keeps things pretty exciting. 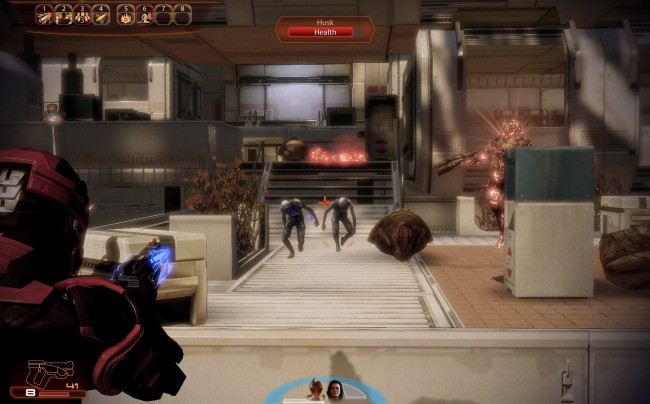 Thankfully, Bioware has kept strong RPG roots in the game with an excellent story and interesting characters.  I’m not quite halfway through the game so I can’t make any absolute judgments on the entire story, but it’s good so far ^^.  It does follow the Bioware style of character development that has been present since KOTOR.  Recruit new characters, befriend them, learn what makes them tick, help them on their personal quests/requests.  Whether you think that is a good thing or not is up for debate xD 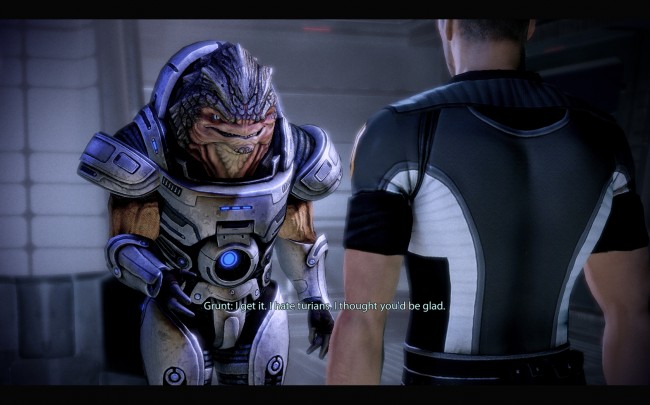 Well, I probably shouldn’t judge a game without finishing it yet, but I give Mass Effect 2 a 9/10 based on what I’ve seen/played so far.  If you’re an RPG fan, you should get this game!  Though you might want to play Mass Effect 1 first.  It can be found on Steam and other places for about $5 pretty often :).