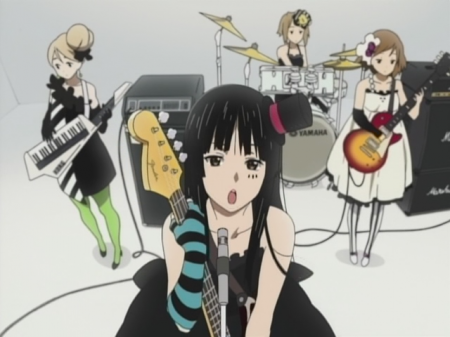 Well, since I’m late to the party (as usual?), I decided to find out what all the rage is about with this new anime.

Well, the cliche opening wasn’t encouraging… alarm clock goes off, girl wakes up, late for school, falls down in a hurry, rushes out the door with a piece of toast in here mouth… not such an original beginning -_- 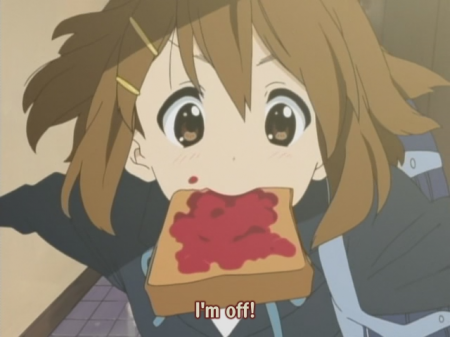 However, it was uphill from there.  I’m not going to bother with a plot summary since it’s plastered all over the interwebs already but I can say that the story gets interesting.  Not only that, it’s pretty funny ^^  I really did have a few good laughs watching this episode.  Ritsu kicking Mio under the desk was great xD 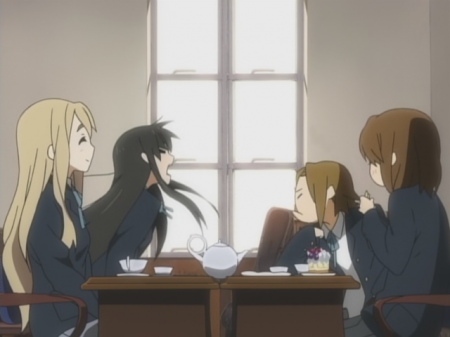 Is this attention warranted?  Welps, only time shall time.  One thing is for sure, it’s going to be a one way street in in the world of otaku.  There’s already tons of fanart of the 4 girls some of which has already made its way to my image board, shuushuu (shameless ad).  Mio in particular seems to gaining popularity at a surprising rate. 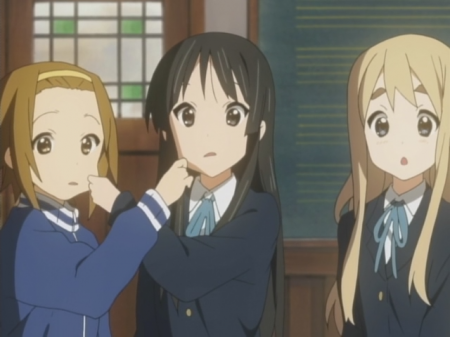 I’ve kind of equated each of the K-on! girls to one of the Lucky Star girls (is this wrong? ^^;).  Not a perfect fit though there are some similarities.  Tsumugi is the obvious Miyuki match and Mio seems the closest to Kagami.  So, who would be Tsukasa and Konata?  Not sure on that yet ;)  Based on clumsiness, Yui would be the Tsukasa equivalent but Yui doesn’t seem to be much of a Konata counterpart (yet?).  Anyway, I think Ritsu and Yui seem a bit too much alike though that might change with more character development. 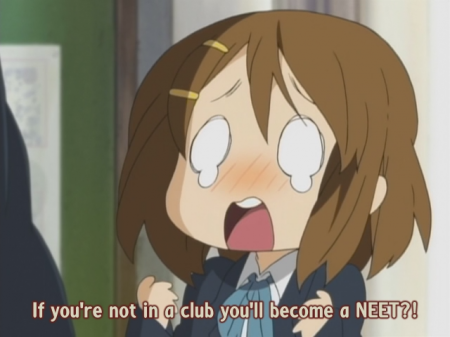 So, I’m definitely in for more episodes of this.  I may even break my habit of waiting for anime to finish to watch this series.  I’ll see how next week’s ep turns out.  If you haven’t already watched it, go out and give it a try! 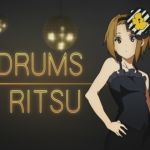 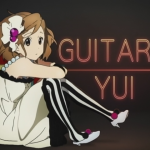 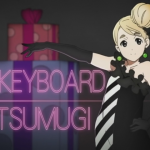 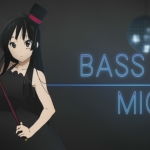